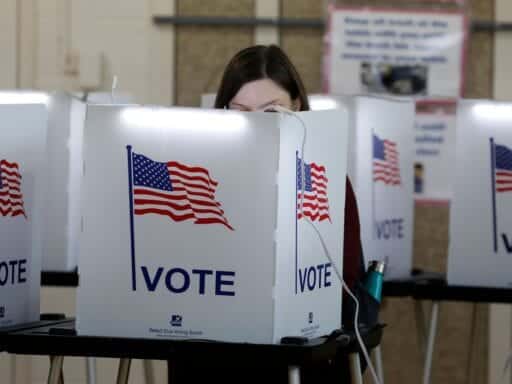 The persuadable Trump voter could swing the election in November.

Hillary Clinton’s loss in 2016 was at least partly attributable to the millions of Barack Obama voters who shifted their support to Donald Trump. Four years later, it is now Trump who must worry about losing some of his supporters in November: As many as one in 10 Trump voters is considering voting for somebody else in 2020, according to our analysis of data from the 2019 Cooperative Congressional Election Study survey.

These voters are individuals who neither strongly approve nor strongly disapprove of the job Trump is doing as president. If Democrats want to win over these voters, they’ll have to choose their message wisely.

Why should campaigns focus on persuading these potential swing voters rather than turning out nonvoters? Swing voters might be rare but they do exist, and persuading them can be particularly influential for two reasons. First, switching a person from opposing your side to supporting it has a two-vote effect on the margin: It subtracts one vote from your opponent and adds one vote to your tally. Mobilizing an additional supporter to come out to vote has only half that impact.

Second, mobilizing people to vote when they haven’t done so before can be challenging. Even if Democrats can mobilize more nonvoters to get to the polls, it is not clear that this will help them in swing states like Wisconsin and Michigan, where many nonvoters fit the profile of Trump’s base.

The dataset we used, a large academic election survey that YouGov has conducted online every year since 2006, allows us to better understand the share of 2016 Trump voters who are up for grabs. In November 2019, the survey interviewed 18,000 American adults who had been interviewed in 2016 about their vote, asking them how they planned to vote in 2020.

They found that most of Trump’s voters plan to stick with him: Ninety percent of those who voted for Trump in 2016 say they plan to vote for him again. But 10 percent seem to be up for grabs. Four percent are already planning to vote for the Democratic candidate, and another 6 percent say that they are still undecided. By contrast, 94 percent of Clinton voters are already committed to the Democrats: just 2 percent of Clinton’s 2016 voters are planning to vote for Trump in 2020, with another 4 percent undecided.

The largest share of Trump’s support in 2016 came from baby boomers, and only 7 percent of them are considering abandoning him in 2020. Trump’s older supporters are quite loyal to him. Where Trump is losing the most support is among Americans younger than 40 who voted for him in 2016.

Younger voters are less certain, and as many as 20 percent of Trump’s younger voters are considering abandoning him: 9 percent of the millennial and Gen Z voters who supported Trump in 2016 are now planning to vote Democratic in 2020, and another 11 percent say they are not sure how they will vote.

Considering that Trump only received about one-third of the vote among millennial and Gen Z voters in 2016, the fact that these voters are at least considering voting for a Democrat in 2020 is important. This erosion of support among younger Republicans continues a trend that has been taking hold since 2016, when many young Mitt Romney voters decided not to vote for Trump. This low support could sink even lower, chipping at the narrow margins we typically see in elections.

Potential swing voters are less conservative than Trump’s base

But just because these Trump voters say they are persuadable now does not mean that Democrats will necessarily win them over. After all, the fact that these voters supported Trump in the first place means they are likely more ideologically conservative than the typical Democratic voter.

On health care, persuadable Trump voters are to the left of Trump’s base but less liberal than some of the most progressive Democrats in the field. Fewer than half support Sen. Bernie Sanders’s single-payer Medicare-for-all approach, which would ban private health insurance, but more than 70 percent support a public option for health insurance that would still allow people the option to keep their private insurance.

On immigration, persuadable Trump voters appear to support the trade-off that used to be the base of comprehensive immigration reform proposals: increasing border security while giving undocumented immigrants already in the US a path to citizenship.

Breaking with Trump’s dedicated voters, this group overwhelmingly supports granting legal status to undocumented immigrants who have held jobs and paid taxes for at least three years. But they’re closer to the viewpoint of the Trump base when it comes to border security, with just 13 percent opposing an increase in the number of patrols on the US-Mexico border. A slight majority — 55 percent — of the Democratic base would oppose increasing border security.

Of course, the 2020 election can turn on any number of factors, including the likability of the candidates, the potential impact (economic or otherwise) of the coronavirus, and how these persuadable voters evaluate Trump’s first term. But to maximize their chances of winning over the persuadable Trump voters, Democrats should focus on issues that appeal to their base like climate change and LGBTQ rights, while favoring more moderate solutions on issues like health care and immigration.

There may be other paths to defeating Trump, including mobilizing progressives who don’t usually vote. But if the strategy is to win over persuadable Trump voters, then a moderate nominee like Joe Biden likely has a better chance at appealing to this small but pivotal group — who are not only important in 2020 but will also shape election outcomes for many years to come.

Brian Schaffner is the Newhouse Professor of Civic Studies at Tufts University. Laurel Bliss is a research associate at Tufts.

Tulsi Gabbard’s 2020 presidential campaign
The EU will bar American travelers because of US coronavirus spread
Trump’s fake news crisis, illustrated by two episodes over the last 24 hours
Trump tried to get E. Jean Carroll’s lawsuit dismissed. It didn’t work.
Ken Starr lamenting impeachments happening “all too frequently” is the death of irony
We finally have a new US maternal mortality estimate. It’s still terrible.