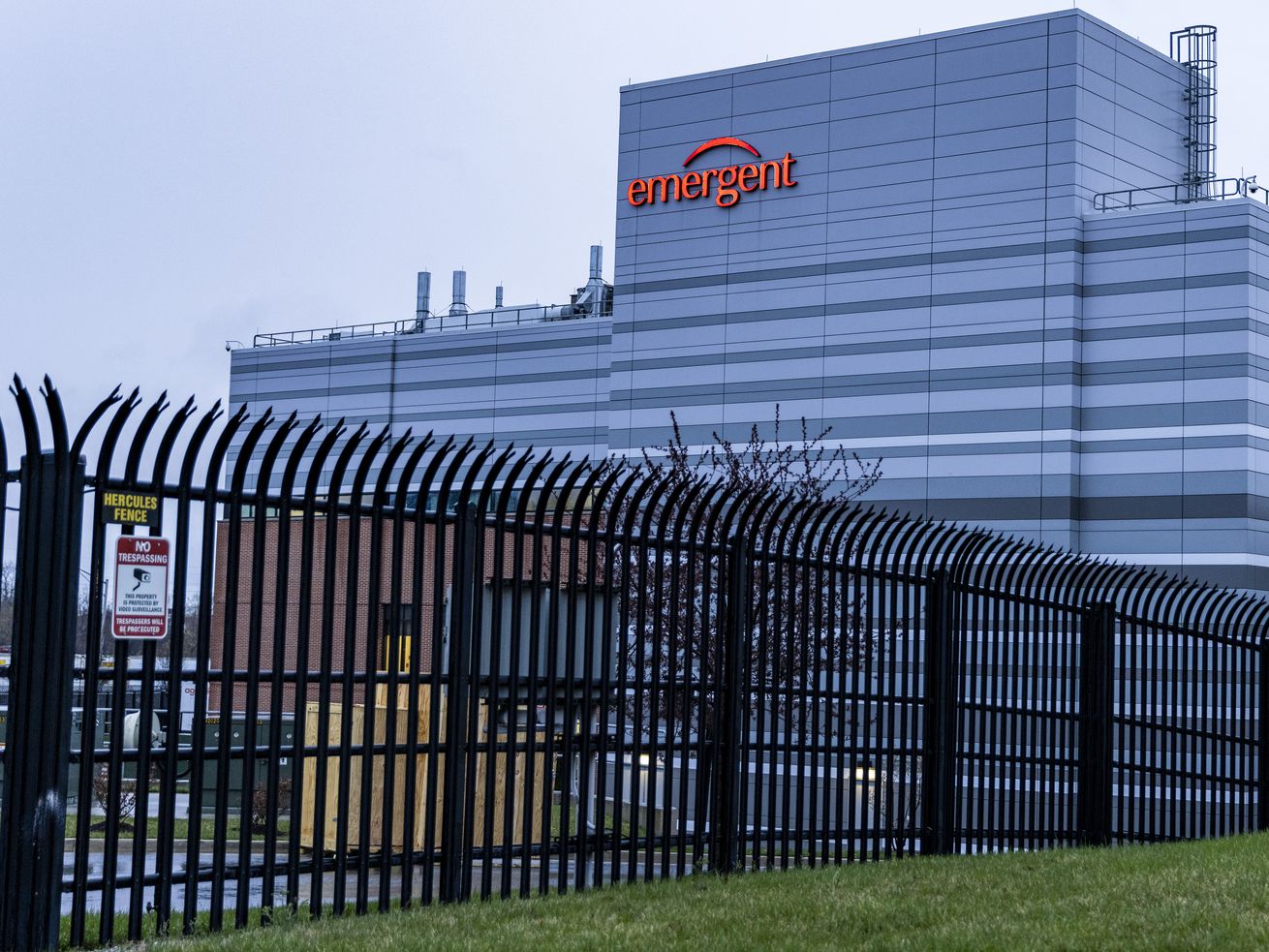 J&J says it will still meet US delivery targets for the single-shot Covid-19 vaccine.

After a mistake at a Baltimore manufacturing plant last week ruined millions of doses of the Johnson & Johnson Covid-19 vaccine, the Biden administration is putting Johnson & Johnson in charge of the plant, it announced Saturday.

The plant, which belongs to manufacturing contractor Emergent BioSolutions, was previously producing two varieties of Covid-19 vaccine, of which only the Johnson & Johnson shot was approved for emergency use in the United States. Now, Johnson & Johnson will be the sole vaccine produced at the facility as the company takes control, reported the New York Times on Saturday.

The Johnson & Johnson shot, authorized by the Food and Drug Administration in late February, is a single-shot vaccine, unlike the mRNA-based Covid-19 vaccines produced by Pfizer/BioNTech and Moderna that require two doses to be fully effective, and it only requires a refrigerator, rather than a freezer, to store.

It’s also extremely effective — results from clinical trials suggest it prevents about 85 percent of “severe and critical cases of Covid-19” and 100 percent of deaths and hospitalizations after four weeks — despite some early concerns about how the Johnson & Johnson shot stacks up against the Pfizer and Moderna shots.

[Johnson & Johnson] reported that its overall efficacy in preventing Covid-19 cases that produced symptoms was 66.1 percent. The Moderna vaccine and the Pfizer/BioNTech vaccines reported efficacy levels around 95 percent.

That gap in efficacy numbers is fueling some people’s perception that the Johnson & Johnson Covid-19 vaccine isn’t as good.

According to Johns Hopkins University’s Dr. Amesh Adalja, however, such a direct comparison is fraught, and the vaccines are “basically interchangeable.”

“I don’t even look at those efficacy numbers and compare them head-to-head like that,” Adalja told Vox. “Biostats 101: You cannot compare trial results like that unless they were done in a head-to-head fashion.”

In a statement, Johnson & Johnson said it was “assuming full responsibility” for manufacturing at the Baltimore plant and would “significantly” increase its staff there.

According to the Times, the error that precipitated Saturday’s announcement — and ruined some 15 million vaccine doses — came after a mixup between distinct vaccine vectors used by Johnson & Johnson and AstraZeneca, which are incompatible.

However, Johnson & Johnson emphasized in a statement Wednesday that it would continue to seek an emergency use authorization for Emergent’s Baltimore facility, and that it would still meet its vaccine delivery targets.

Johnson & Johnson is set to deliver about 24 million additional vaccine doses by the end of April, and nearly 100 million total by the end of May. President Joe Biden has pledged that every US adult will be eligible for a Covid-19 vaccine by May 1, and recently set a new target of 200 million shots in arms by the end of his first 100 days in office.

In a statement Saturday, AstraZeneca, which developed the other vaccine being produced at the Emergent plant in Baltimore, said it was working to “identify an alternative location” for manufacturing.

The US invested in stockpiling AstraZeneca doses for use in the US last year in anticipation of an emergency use authorization that has yet to materialize, according to the New York Times.

Even before Saturday, however, AstraZeneca’s Covid-19 vaccine has had a troubled go of things as the company hopes it will become the fourth coronavirus vaccine to receive an emergency use authorization in the US.

In March, an independent advisory board at the National Institutes of Health criticized the company for using “outdated and potentially misleading” efficacy data in a press release, according to Vox’s Umair Irfan; since then, AstraZeneca has released more complete data showing a slightly lower — but still strong — efficacy rate of about 76 percent.

Separately, there was a surge of concern last month after regulators in several European countries paused distribution of the AstraZeneca vaccine over worries about blood clots, but the European Union has since concluded that the shot is “safe and effective.”

Despite the EU regulatory agency’s findings, the AstraZeneca vaccine is not yet authorized for use in the US; consequently, the Biden administration announced in March that it would send AstraZeneca doses from the US stockpile to Canada and Mexico, both of which have signed off on the vaccine.

The US mass vaccination effort is accelerating

Despite setbacks for Johnson & Johnson and AstraZeneca last month, the vaccine news in the US is overwhelmingly good right now. With three coronavirus vaccines approved for emergency use and distribution ramping up, the country has continued to set vaccination records.

On Saturday, according to White House Covid-19 adviser Andy Slavitt, the US administered more than 4 million vaccines, bumping the country’s average for the week above 3 million shots per day for the first time.

There has also been positive news about the effectiveness of several Covid-19 vaccines already authorized for use in the US.

A new study last week confirmed that the Pfizer/BioNTech and Moderna vaccines provide substantial protection from Covid-19 under real-world conditions, even after just a single shot.

The Wall Street Journal also reported Thursday that the Pfizer vaccine “remains highly effective six months after its second dose, an indication that protection could last for an even longer period.”

“We have so much to look forward to, so much promise and potential of where we are and so much reason for hope, but right now I’m scared,” she said last week, warning that US Covid-19 cases have begun to climb again.

According to coronavirus data tracked by the New York Times, cases have climbed by 19 percent in the US over the last two weeks; the rolling seven-day average stands at almost 65,200 cases per day as of Saturday.

“We are just almost there, but not quite yet,” Walensky said. “And so I am asking you to just hold on a little bit longer, to get vaccinated when you can so that all the people that we all love will still be here when this pandemic ends.”