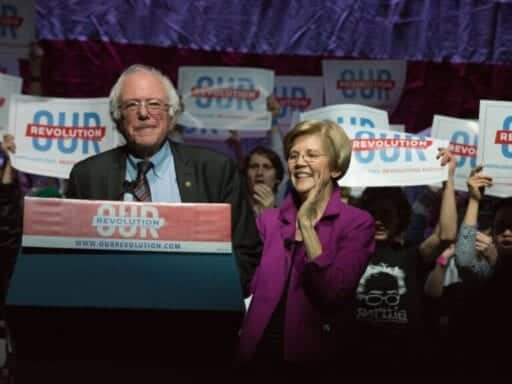 Here’s a prediction: Health care will be a big story in 2020.

There is a joke among health care journalists that we benefit from a (fictional) Full Employment Act. Given the money involved and the stakes for patients, our beat is always going to be at or near the center of the news. It’s just too important.

The only question is which health care story is going to be big at a given time. After looking back at how health care changed in the 2010s, I thought I would glance ahead briefly and consider some of the questions I have as we head into 2020.

Is the surprise medical billing fix going to pass?

Congress failed to pass a (partial) fix for the surprise bills sometimes face in the end-of-the-year government it passed before the holidays. As the most must-pass of must-pass bills, the spending bill is always the best bet to get a policy like that enacted into law. Now the surprise billing fix faces an uncertain future.

The health care industry has fought fiercely over the bill, with insurance companies against doctors and hospitals, over how much providers get paid for out-of-network emergency care. The bill doesn’t cover every type of surprise billing (excluded from the provisions: ground ambulances, tricky to regulate because of local governments) but it would be a big safety net for patients. They would never have to pay more than their in-network rates for most kinds of emergency care. But then lawmakers have to figure out a system to determine how much insurers must pay providers they don’t already contract with.

Despite a deal reached by key House and Senate chairs from both parties, hesitation from lawmakers reportedly worried about their local hospitals and the last-minute announcement of a possible alternative plan kept the fix out of the spending bill.

Well, nothing about the policy fight has really changed. Democratic and Republican leaders are going to have to decide whether to push through a plan that will surely leave one or both sides of the industry dispute angry or not pass anything at all. They should get a chance — Congress more or less must pass some health care bill in the coming year, to extend certain existing policies — but the last few weeks already proved there are no guarantees if money for the health care industry is at stake.

In fact, while the surprise bills provision didn’t make it into the spending bill, several industry taxes got repealed. It was quite a flex of influence.

How do Democrats campaign on health care against Trump?

Believe it or not, at some point, there will be only one Democratic candidate, the nominee, and he or she will be running a general election campaign against President Donald Trump.

Trump certainly seems to want to avoid the topic of his health care record, given it is replete with plans and administration policies that result in people losing health coverage, and Democrats in the very recent past succeeded in beating a lot of Republicans by running against the unpopular GOP agenda.

The question is how much the Democratic nominee runs on the merits of their own plan versus on their contrast with Trump. Or, in other words, what’s the message difference between former Vice President Joe Biden and Sen. Bernie Sanders — the latter of whom has proven the second-most durable candidate.

You can probably imagine Biden’s approach: tout Obamacare, slam Trump, and talk if necessary about your public option plan. But Sanders always puts health care first — he will bring it up unprompted at the debates — and he is uncompromising about Medicare-for-all.

One thing I’ve noticed: Sanders is promising to “introduce” a single-payer bill in his first week in the White House and fight for it. That’s different than promising to pass it. In the subtlest possible way, Sanders does seem to be nodding to political realities at a time when the chances of his actually being the nominee seem as good as they’ve ever been. After all, introducing and fighting for a bill is all any of these candidate can really promise. (He does also hit Trump from the stump for introducing plans to throw millions of people off their health care.)

Republicans will try to paint the Democratic health care plans as scary socialism. The argument from Biden and South Bend, Indiana, Mayor Pete Buttigieg is this is why we should support public option plans, offering choice, which poll better at the moment. Sanders supporters would say any Democratic plan will be painted as too left-wing and so they might as well campaign on what they actually want.

Pete Buttigieg or Sen. Amy Klobuchar’s campaigns probably look more like Biden’s. Sen. Elizabeth Warren is kind of a big unknown, after pundits attributed her relative decline in the polls to fumbles over Medicare-for-all. But all of them are sure to go after Trump.

A lot of Trump’s actual health care policy is either still in development or on hold in the courts. The administration has pursued some pretty big ideas on health care, but my question for 2020 is how close some of them actually get to becoming reality — and what is their real impact when they do.

Medicaid work requirements are temporarily stopped in Arkansas; meanwhile, they have been pulled in Kentucky after a Democratic win for governor. But the administration keeps approving them; Tennessee got the latest okay from the Trump health agency. They could be confident that more conservative higher courts will overturn the judicial ruling that’s currently keeping the work requirements on hold.

And the experience in Arkansas before the court intervention, remember, was upwards of 20,000 people losing their Medicaid benefits.

The administration is also finalizing regulations on drug costs (linking Medicare payments to international prices, allowing some importation from Canada) and price transparency for providers and insurers. But some or all of them are going to face legal challenges from the health care industry. Canada might not be keen to let Americans buy cheap drugs from there, if pharma is going to raise their prices.

And now it looks like the Trump administration is ready to green light Medicaid spending caps, through block grants. Another legal challenge awaits.

One Trump agenda item that is probably stuck in stasis is the lawsuit to overturn Obamacare, which the president’s justice department is supporting. A conservative lower court has decided to postpone the resolution of that case, it appears, until after the election. Democrats have been attacking the Trump White House, in Congress and on the trail, over the case.

Conservatives back down from effort to force a vote on impeaching Rod Rosenstein
How FX’s Pose captures the power of queer found families
America’s Native tribes and Ireland have a 170-year-old connection that’s being honored during the p...
Buying books isn’t enough to keep community bookstores alive
1 million Americans live in RVs. Here’s how we’re coping with the pandemic.
Trump’s Twitter tantrum is a distraction for everyone — but also for himself