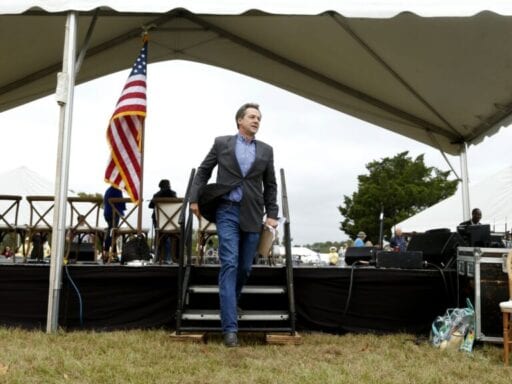 Democrats are making a serious play for Montana’s congressional seats this year.

Montana has three major, surprisingly competitive primaries on June 2. They come as the Republican Party works to take control of the governor’s mansion for the first time in 16 years, and a highly competitive Senate race could increase Democrats’ likelihood of retaking the US Senate majority.

At first glance, Montana might not seem competitive. After all, President Donald Trump won the state by 20 percentage points in 2016. But to say Montana is a Republican stronghold would be misleading; it’s actually a fiercely independent state. For example, just two years after Trump won in a landslide, Sen. Jon Tester was the only vulnerable red-state Senate Democrat to keep his seat, despite the president aiming his full political firepower at the senator. Montana’s current Democratic Gov. Steve Bullock is well-liked — and is now running for US Senate.

Bullock’s entry into that race has turned what was previously an easy reelection for Republican Sen. Steve Daines into a competitive election.

And other familiar Montana political names are engaged in close contests as well.

So even though Trump is expected to win Montana again this year, the down-ballot races are far from settled.

The state has moved to all mail-in ballots for this primary, which must be submitted by 8 pm MT/10 pm ET. Shortly after, Vox will have live results provided by Decision Desk. Here’s what you need to know about each of the state’s races:

Who are the Republicans? The big names in the Republican primary are Rep. Greg Gianforte and the state Attorney General Tim Fox. State Sen. Albert Olszewski is also running, but he has less money and is running to the right of both Fox and Gianforte.

What are the odds? Cook Political Report rates this race a toss-up.

What’s the state of play? Republicans dominate the Montana state legislature, but the state has had Democratic governors since the 2004 election. If Montana Republicans capture the governorship this year, it could give them a trifecta in state government. But retaking it won’t be easy given the fact the Democratic nominee has extensive experience in state government and the backing of a popular governor.

The big issues in the governor’s race include lowering prescription drug costs and the evergreen Montana issue of preserving public lands. The state’s ongoing response to the coronavirus and the economy will also feature prominently.

In the Democratic race, Cooney has the support of influential Montana politicians including Bullock, Tester, and former Sen. Max Baucus, but Williams has the support of former Gov. Brian Schweitzer and has been fundraising at an impressive clip. In the Republican race, Gianforte has a significant financial advantage, but the primary is still competitive.

Who are the Democrats? Term-limited Gov. Steve Bullock (who also ran for president in the 2020 cycle) and Navy veteran John Mues.

Who is the Republican? Sen. Steve Daines, elected in 2014. Daines served as the at-large US House member from Montana before winning his Senate race.

What are the odds? Cook Political Report rates this race Lean Republican.

What’s the state of play? With the long-awaited entrance of Montana’s popular Democratic governor Bullock, this once long-shot Senate race is now a competitive one for the Democratic Party. While Bullock out-fundraised Daines in the first quarter of the year, Daines has more money overall. A March poll showed a dead tie, while a more recent Montana State University poll showed Bullock ahead by 5 percentage points.

Election forecaster J. Miles Coleman of Sabato’s Crystal Ball recently told Vox he thinks Montana is the next likeliest Senate seat opportunity for Democrats beyond the “core four” states of Colorado, Arizona, Maine, and North Carolina the party hopes to flip. Montana may be red, but it’s also an “elastic” state that has a history of bucking the party in power at the national level, Coleman said.

How each leader has handled the coronavirus will also be a big issue in this race — both men can claim to have experience dealing with the crisis, with Bullock directing state matters and Daines’s work in the Senate to get the state federal relief money. No matter what the outcome is, the race will be extremely close.

Who are the Democrats? Kathleen Williams, who unsuccessfully challenged Gianforte in 2018, is running again. Her primary opponent is Montana state Rep. Tom Winter.

Who are the Republicans? A crowded field of six Republicans is running to replace Gianforte. The biggest names include Matt Rosendale, who unsuccessfully challenged Tester for Senate in 2018, and Montana Sec. of State Corey Stapleton. Other candidates include former state Rep. Debra Lamm, veteran Mark McGinley, rancher Joe Dooling, and electrician John Evankovich.

What are the odds? Cook Political Report rates this district Likely Republican.

What’s the state of play? Williams lost to Gianforte by about 5 points in 2018. It wasn’t necessarily a narrow loss, but political experts in the state contended Williams had made this traditionally Republican seat more competitive for Democrats than expected. Now, Williams is making another run for it. She’s already fundraising a lot, with over $1 million cash on hand.

There’s a crowded Republican field, but the two best-known candidates are Rosendale and Stapleton. Rosendale has the biggest cash advantage, in part due to his connections to the national GOP from his 2018 Senate run. But Rosendale also took a lot of heat from Democrats simply for the fact that he’s not originally from Montana and still has a shred of his native Maryland accent (an important facet of the race in a state where hometown roots are a big deal). With Williams and Rosendale already raking in the cash, even if the seat once again goes to the GOP, this general election House race will be an expensive one.

Code Media 2019: News & updates
4 main takeaways from Marie Yovanovitch’s impeachment hearing
The Senate vote-a-rama gets Democrats closer to approving Covid-19 relief on their own
Why we shouldn’t rely on Silicon Valley for face masks
The government isn’t letting the shutdown get in the way of Arctic drilling
Good Omens isn’t perfect, but it’s fun. That’s all it needs to be.