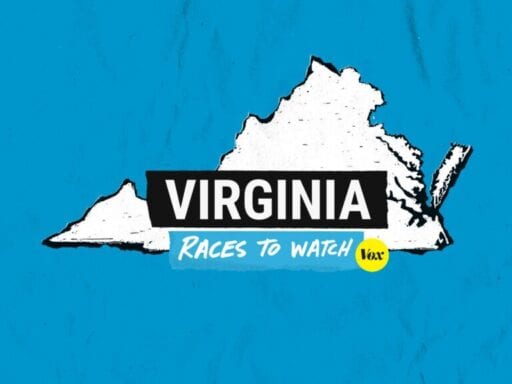 The Virginia primary sets the stage for a slew of toss-up House races this fall.

In 2018, Virginia saw a number of its battleground House districts change hands and usher in an overwhelming blue wave. This year, many of those first-time lawmakers will have to fend off attempts to flip the districts back.

On Tuesday, Virginia voters head to the polls for a Republican House primary in one such district: the Second, which was flipped by Rep. Elaine Luria in 2018. They’ll pick her GOP competitor for the swing seat, which is located on the state’s eastern border and includes Virginia Beach and Williamsburg.

Additionally, Republicans will vote on which candidate they’d like to see take on Sen. Mark Warner, who is running for a third term. (Republicans in the Seventh District still have to decide who’ll go up against first-term Rep. Abigail Spanberger, who won David Brat’s seat last cycle, but they’re opting to do that at a party convention in July, rather than via a primary.)

Democrats, meanwhile, are weighing in on a contested primary in Virginia’s Fifth Congressional District, an open seat currently held by Rep. Denver Riggleman that has become more competitive because the GOP is running a hardline conservative this cycle.

Multiple Democratic incumbents are also facing primary challenges: Rep. Gerry Connolly is being challenged from his left by activist Zainab Mohsini in the 11th District, and Rep. A. Donald McEachin is being challenged by longtime government staffer R. Cazel Levine — who argues that existing officials haven’t done enough to combat the pandemic — in the Fourth. Both incumbents, who’ve had strong fundraising numbers, are seen to be on solid footing going into the election.

Polls in Virginia close at 7 pm ET. We’ll have live results throughout the evening, powered by Decision Desk — though it could take some time for the final outcomes of races to be called.

Virginia’s Senate race: A trio of Republicans vie to take on Mark Warner

Who is the Democrat? Incumbent Sen. Mark Warner, known for his leadership on the Senate Intelligence Committee and experience as a tech founder, is running for a third term.

Who are the Republicans? Three Republicans are competing to go up against Warner — who’s widely viewed as the favorite — this fall. They are teacher Alissa Baldwin, retired Army Lt. Col. Daniel Gade, and Army reservist Thomas Speciale.

Gade, a disability rights activist and professor at American University, leads the field in fundraising by a significant margin: He’s running on a platform that includes reduced taxes for businesses and a push for Congress to take a more active role in bolstering national defense. He’s also cited introducing the Stop Insider Trading Act, a bill aimed at countering abuses by lawmakers who’ve made stock decisions based on briefings they received, as a chief priority.

What’s the state of play? Warner had a surprisingly close race in 2014, when he beat Republican National Committee Chair Ed Gillespie by less than 1 point, but Cook Political Report currently rates the race Solid Democratic.

Who is the Democrat? Rep. Elaine Luria is among several Democrats who flipped districts that were held by Republican incumbents last cycle, and the GOP is eager to retake her coastal seat this time around. Luria is a Navy veteran who’s also branded herself as a moderate in Congress; she ultimately backed President Trump’s impeachment, a position her opponents have been targeting.

Who are the Republicans? Former Second District Rep. Scott Taylor and Navy veterans Ben Loyola and Jarome Bell are vying to compete against Luria in November. Taylor represented the district from 2017 to 2019 and recently picked up Trump’s endorsement.

What’s the state of play? Cook Political Report rates the district a Democratic toss-up, a sign that the election could be close this fall. Luria beat Taylor by just over 2 points in 2018.

Virginia’s Fifth District: Democrats compete to go up against a hardline conservative this fall

Who are the Democrats? Marine veterans Roger Dean Huffstetler, John Lesinski, and Claire Russo and physician Cameron Webb are running to get on the ballot this fall, when analysts think Democrats have the potential to retake a seat Republicans have held since 2010. Huffstetler, who has also worked as Rep. Seth Moulton’s chief of staff, ran for the seat in 2018 and leads the pack in fundraising, according to the Washington Post.

Who is the Republican? During a party convention earlier this summer, Republicans agreed to back former Campbell County supervisor Bob Good over Riggleman as their candidate for this district. Good is a hardline social conservative, who is against both abortion and same-sex marriage, whereas Riggleman was supportive of the latter and faced flak from his party after officiating a same-sex wedding.

What’s the state of play? Republicans have a slight edge, though Democrats see more potential in the seat since Riggleman is out of contention: Cook rates the district Lean Republican. In 2018, Riggleman beat Democrat Leslie Cockburn by approximately 6 points.

Trump says he will fill Ginsburg’s seat “without delay”
CBS chair Leslie Moonves faces accusations of sexual misconduct
How Juul made nicotine go viral
What Trump said about Covid-19 in private versus what he said in public
Vox Sentences: The shutdown reaches its sell-by date
Top Democrat says the House will impeach Trump, just not yet