3 Republican governors are now calling to delay the Kavanaugh vote 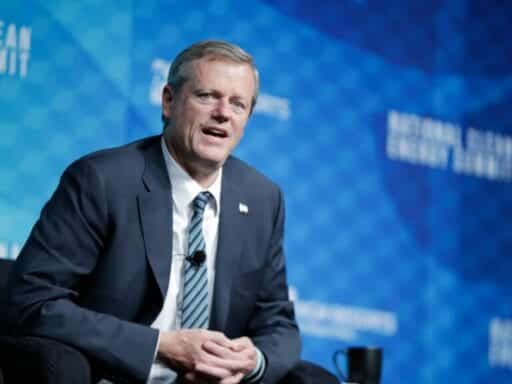 As Senate Republicans have made it clear they intend to press ahead with a vote on embattled Supreme Court nominee Brett Kavanaugh, even as he faces mounting allegations of sexual assault, three moderate Republican governors are calling for a pause.

Republican Govs. Larry Hogan of Maryland, Charlie Baker of Massachusetts, and John Kasich of Ohio have called for the Senate to either delay or cancel a vote on Kavanaugh’s nomination ahead of pivotal Thursday testimony from the judge and Christine Blasey Ford, who has accused Kavanaugh of sexually assaulting her when the two were high school students.

The governors are instead calling for Senate Republicans to first commission an independent investigation to examine the separate sexual misconduct claims levied against Kavanaugh by multiple women, including Ford, Kavanaugh’s Yale classmate Deborah Ramirez, and a third woman, Julie Swetnick. Kavanaugh has categorically denied all the allegations.

Baker, in particular, spoke out strongly against the committee vote.

“The accusations brought against Judge Kavanaugh are sickening and deserve an independent investigation,” the Massachusetts governor said in a tweet sent near the start of Thursday’s hearing. “There should be no vote in the Senate.”

The accusations brought against Judge Kavanaugh are sickening and deserve an independent investigation. There should be no vote in the Senate.

Hogan and Kasich have not called for the vote to be canceled but have called on Senate Republicans to take more time to investigate the allegations against Kavanaugh.

“There are credible charges and big concerns. They need to be heard,” Hogan said on Tuesday. “They ought to take whatever time it takes to make sure these accusers are heard and he has a chance to respond to them.”

Kasich, similarly, called an independent investigation “in the best interest of our country and the integrity of the court.”

Baker and Hogan are both moderate Republican governors up for reelection in 2018, while Kasich is term-limited and is not running this year. All three have been notable critics of the Trump administration.

Baker and Hogan are both very popular Republican governors in blue states; they are first and second on Morning Consult’s list of the nation’s most popular governors. Both currently have comfortable leads in their respective governor’s races; Hogan leads Democrat Ben Jealous by more than 12 points, while Baker has a 33-point lead over Democratic challenger Jay Gonzalez.

But these governors are trying to demonstrate that not all Republicans are unified with Senate Republicans leadership or President Donald Trump, who both want to confirm Kavanaugh as promptly as possible, before the November midterm elections.

The Justice Department’s review of the Russia probe is reportedly now a criminal inquiry
The Supreme Court will hear a case that could destroy what remains of the Voting Rights Act
Why Mueller said Roger Stone’s case is “related” to his Russian hacker indictment
Poll: Elizabeth Warren now leads the Democratic primary field in Iowa
Dr. Anthony Fauci, explained
Inside Jack Dorsey’s radical experiment for billionaires to give away their money