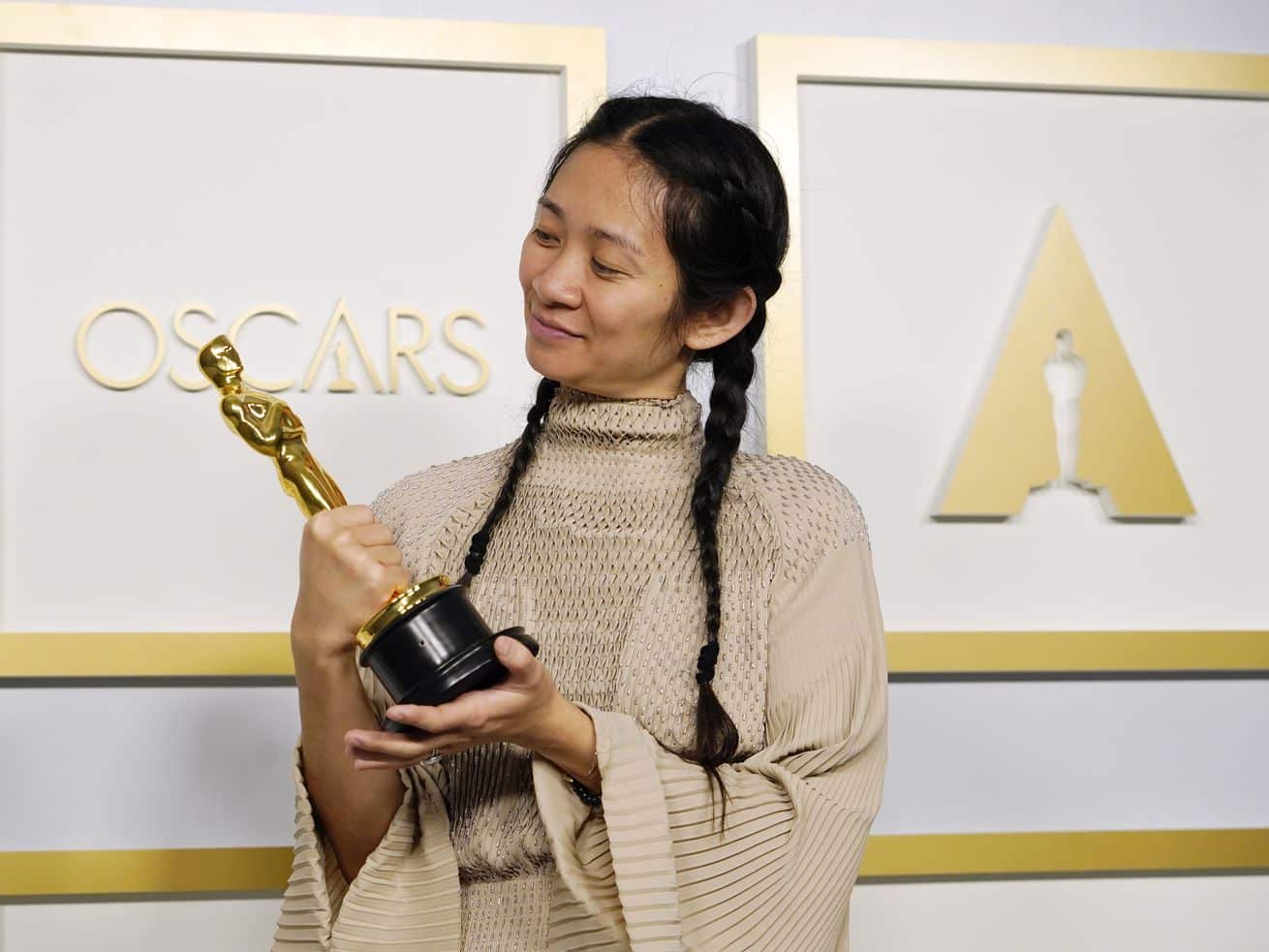 Because the 93rd Academy Awards took place amid the Covid-19 pandemic, viewing audiences were already primed for changes and disruptions in the traditionally staid rhythms of the ceremony. But while the 2021 Oscars shook things up in terms of programming and presentation, arguably the biggest shake-up continues to happen in the categories themselves, as the field of nominees evolves every year.

The Academy of Motion Picture Arts and Sciences has rapidly grown its membership over the past five years, with an eye toward increasing diversity within its ranks. And in 2021, the four acting categories in particular showcased more nominees of color than ever before.

Meanwhile, filmmaker Chloé Zhao became one of the major honorees of the evening. Her Best Director win for Nomadland was one of several head-turning firsts among this year’s awards — all of which honored women and creators of color.

This year’s Best Director category was groundbreaking even before the results were announced. Zhao, who won the Oscar for Nomadland, was nominated alongside Emerald Fennell for Promising Young Woman, making 2021 the first year that two women were nominated for Best Director. And when Zhao won, she became the first woman of color ever to win or even be nominated for the directing Oscar, and the second woman to win since Kathryn Bigelow won for The Hurt Locker in 2010.

Zhao also became the third Asian person to win Best Director, after Ang Lee won for Brokeback Mountain in 2006 and Life of Pi in 2013, and Bong Joon-ho won for Parasite in 2020.

The Oscar for Best Makeup and Hairstyling has historically gone to white teams. Neal and Wilson, who are responsible for the sweat-drenched glamour of the looks in Ma Rainey’s Black Bottom, nodded to the milestone of their landmark win in their acceptance speech.

“As we break this glass ceiling, I can picture Black trans women standing up here, Asian and Latina sisters, and Indigenous women,” said Neal, to audience applause. “And it won’t be unusual or groundbreaking one day. It will just be normal.”

Until, that is, writer-director Emerald Fennell cracked the code with her whip-smart, trope-subverting screenplay for Promising Young Woman, putting darkly satirical young women once again at the forefront of Oscar night. (Where they’ve arguably always belonged.)

Minari’s Yuh-Jung Youn won the Oscar for Best Supporting Actress, making her the first Korean ever to win any of the Oscars’ four acting categories. (While Parasite, last year’s Best Picture winner, featured performances from plenty of great Korean actors, it received no acting nominations.)

Asked earlier this month by Deadline what it was like to be the first South Korean actress to be nominated for the Oscar for Best Supporting Actress, Youn replied, “Very stressful. I was just very happy being nominated. I never even dreamed about being nominated for an Oscar. People will be very happy for me if I get the win, but it’s very stressful. It’s not like I’m representing the country by going to the Olympics, but I feel like I’m competing for my country. It’s stressful.”

And when she eventually won the award, she delivered an endearing speech in which she was happy to offer up a reminder of all that stress to the people who needed to hear it most: her kids.

“I’d like to thank my two boys, who made me go out and work,” she said. “This is the result, because mommy worked so hard.”

The catastrophic police failure at the US Capitol, explained
One Good Thing: The trick uniting the internet’s funniest videos
A crucial federal program tracking dangerous diseases is shutting down
The 20 Democrats running for president, the next debate lineup, and everything else you should know ...
Trump says he’s “not thrilled” by Federal Reserve interest rate hikes
The Lost Year: Falling for your mailman in lockdown (but not getting the ending you wanted)