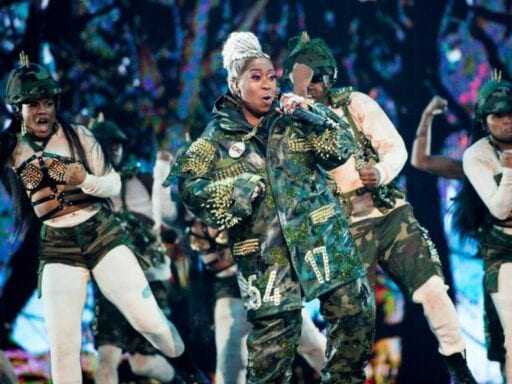 Missy Elliott was a big winner — but the VMAs as an institution failed to justify its existence.

In the grand scheme of the entertainment landscape, an MTV Video Music Award isn’t exactly the prestige-filled honor that an Oscar or Grammy is. The annual awards ceremony is really more about the performances, the outfits, the controversies than it is the competition.

But that doesn’t mean there aren’t winners and losers from the evening to discuss.

A dazzling performance can turn an obscure artist into a household name or cement an established deity like Beyoncé’s legendary status. Aa dismal performance can be quite a blow — just ask the Chainsmokers. The 2019 VMAs upheld this tradition, a night that cemented a few winners and served up a couple of losses that may be hard to shake off.

There were only a handful of moments during the 2019 VMAs that we wished could have lasted longer. The epitome of said moments was Missy Elliott’s performance to celebrate winning this year’s Michael Jackson Video Vanguard award. Elliott’s medley was slick and stylish, flashing back to iconic looks from her iconic video “The Rain” and creating live-action spectacles of her dance hits; she even turned “Pass the Dutch” into an alien invasion, with people literally getting beamed up into a spaceship hovering above the stage. It showcased the creativity and visual artistry behind her work while reminding us of how addictive her best songs are.

One of the big questions of the night was why this year’s show was in held in Newark, New Jersey instead of New York City or Los Angeles or a smaller, more music-inspired choice like Nashville or Atlanta. The ceremony also lacked star power, with no Beyoncé or Ariana Grande in the house, no chaotic energy from Kanye West and Kim Kardashian, and a bland and cringey comedian for a host. Remember, this is a show with a history of serving up unforgettable moments — think: Madonna’s “Vogue” performance; Britney and the snake; Lady Gaga bleeding from rafters. This relatively snoozy 2019 edition left us wondering if Newark was actually doing the VMAs a favor by agreeing to provide a venue.

Winner: New Jersey (?) for some reason

The VMAs were held in Newark this year, for reasons that remain unknown. Does the New Jersey board of tourism have unexpectedly impressive reach? Are the VMAs a little bit more broke than we had realized? Did someone at MTV genuinely just want to celebrate the rich musical culture of the Garden State?

Regardless, this ceremony included many more New Jersey references than we planned for (zero). There were Bruce Springsteen comments! Some of the Sopranos showed up! The Jonas Brothers talked a whole bunch about how they were from Jersey!

But New Jersey really cemented this win before the ceremony even started, at the press conference announcing that it would be hosting the VMAs. That’s when the mayor of Newark made the valid point that even Newark is a little bit too cool for the VMAs at this point. In Mayor Ras Baraka’s immortal words: “People still watch MTV?”

When Sebastian Maniscalco was announced as the host for this year’s VMAs, the news was met with a resounding “Who?” But going forward, he’ll be forever known as the walking spray tan who bombed making a bunch of Boomer jokes to MTV’s Gen Z audience. If there’s one thing the youth audience the network traditionally courts is known to love, after all, it’s a string of jokes whose two go-to punchlines can be summed up thusly: “I’m Italian!” and “LOL, triggered.” But don’t feel too bad for Maniscalco; according to Forbes, he’s one of the world’s highest-paid comedians.

After a largely forgettable opening 35 minutes, the main culprit being the soft pudding comedy of Maniscalco, the VMAs needed a shot in the arm. It came in the form of a colossal inflatable butt and the indomitable force of nature known as Lizzo. The sheer visual aspect of Lizzo in bedazzled pastor garb preaching the gospel of “That Bitch” in front of a humongous glute was fantastic. But the singer also showed off her vocal prowess, scaling every note and soaring in her medley of “Truth Hurts” and “Good as Hell.” Her performance made everyone watching desperately wish they were at a Lizzo concert instead of the VMAs.

Taylor Swift’s “You Need to Calm Down” cleaned up at this year’s VMAs, but the best moment the video brought to the ceremony came when Swift brought the cast of her video — including a murderer’s row of RuPaul’s Drag Race queens — up to the stage to accept the award for Video of the Year. That’s when John “Adele Nazeem” Travolta, with deep innocence and sweetness, tried to hand the Moon Person not to Swift herself, but to professional Swift impersonator Jade Jolie.

please tell me the presenter did not just mistake jade jolie as taylor #VMAs pic.twitter.com/rQojnjot8h

Listen, some might say that this is just a sign that John Travolta is just not the right choice to present awards (as he himself suggested before Swift’s win was announced by his co-presenter, Queen Latifah), but we think maybe he should present all of them. And specifically he should present them all to Jade Jolie, who surely deserves them if she’s out-Tayloring Taylor on the VMA stage.