5 fascinating stories about Lee Israel, the real person behind Can You Ever Forgive Me? 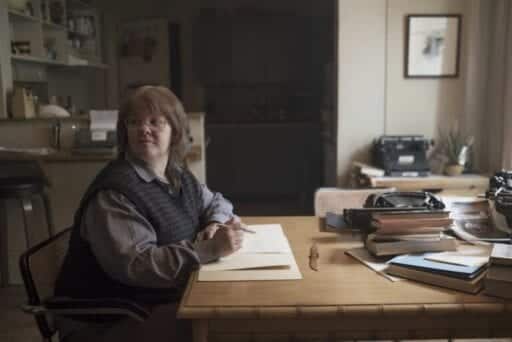 Notice: Undefined offset: 0 in /var/www/wp-content/plugins/seo-optimized-images/seo-optimized-images.php on line 131
Share
Loading...
Lee Israel had tasted success. Her career as a freelance journalist started in the 1960s, and she’d also published two successful biographies: one of actress Tallulah Bankhead in 1972, and one of journalist and game-show panelist Dorothy Kilgallen in 1979. The latter had even been a New York Times best-seller.

But her third book — a biography of cosmetics mogul Estée Lauder published in 1985 — didn’t do as well, and Israel found herself falling on tough financial times. Those were only complicated by her alcoholism and what her 2015 New York Times obituary described as “a temperament that made conventional employment nearly impossible.” To cope, she turned to a life of crime.

It wasn’t that Israel became a hit man or a bank robber; her misdeeds were smaller and more specialized. Beginning in 1990, she started forging letters from literary figures like Dorothy Parker, Noël Coward, and Lillian Hellman, selling them to rare book dealers — with the help of her friend Jack Hock — for several hundred or even several thousand dollars. She also stole original letters from archives and libraries, forged copies, replaced the originals with the copies, and then sold the originals to dealers.

In 1992, she got caught and later pleaded guilty in federal court. Her days as a forger were through. But in 2008, she published a barely contrite memoir about that period in her life, entitled Can You Ever Forgive Me? It received only middling reviews, but that didn’t stop it from getting picked it up for a big-screen adaptation. The new film that’s based on it did much better with critics during its September festival run in Telluride and Toronto.

Starring Melissa McCarthy as Israel and Richard E. Grant as her partner in crime, Can You Ever Forgive Me? feels like a buddy caper, and it’s often very funny. But it has a dark side, too. Directed by Diary of a Teenage Girl’s Marielle Heller with a screenplay by Nicole Holofcener and Jeff Whitty, it’s about loneliness and anxiety, about having barely two nickels to rub together, about panicking over a situation you feel powerless to fix.

The film often seems almost too strange to be based on a true story, but it’s entertaining and surprising, and it follows the story of the real Lee Israel closely. Here are five interesting tidbits about the real story of Can You Ever Forgive Me? and the woman behind it.

Israel forged and sold over 400 letters throughout her “career,” but as the movie shows, she was especially proud of her Dorothy Parker letters — no wonder, since imitating Parker’s distinctive sparkling wit so well that it fooled Manhattan’s literati was quite an accomplishment.

In one of the letters, “Dorothy Parker” writes: “Alan told me to write and apologize. So I am doing that now, while he dresses for our Turkey dinner with the boys across the road. I have a hangover that is a real museum piece; I’m sure then that I must have said something terrible. To save me this kind of exertion in the future, I am thinking of having little letters runoff [sic] saying, ‘Can you ever forgive me? Dorothy.’”

Then “Parker” signs off with that phrase.

The “Alan” in the letter was meant to be Alan Campbell, Parker’s husband and Hollywood screenwriting partner. And later, Israel found the sign-off she’d invented for Parker to be the right title for her own memoir — even though the memoir itself showed she was less repentant and more pleased with her own ingenuity.

You can read the full letter here, on NPR’s website.

Israel’s star had begun falling years earlier, but she was finally driven to forge letters because her cat was sick

Though the cat had been to the vet for tests, Israel couldn’t come up with the $40 she had to pay to get the results back — a dilemma that’s depicted in the film.

But Israel just so happened to be working on an article about comedienne, singer, and actress Fanny Brice for Soap Opera Digest. So she went into Brice’s archives, stole several letters, slipped them into her shoe, and sold them to Argosy, a rare book store.

She got her cat’s tests back, too.

In 2007, Alfred A. Knopf published The Letters of Noël Coward, edited by Barry Day and described as the “first and definitive collection of letters to and from Coward.” The book was acclaimed by critics, who praised the collection for how it captured the clever wit of the playwright, director, and actor.

But it contained two letters that were written by Israel, not Coward.

“It was very good Coward; it was better Coward than Coward. Coward didn’t have to be Coward. I had to be Coward and a half,” she told NPR. In one of the fake letters, “Coward” describes Julie Andrews as “quite attractive since she dealt with her monstrous English overbite.”

Perhaps ironically, it was Israel’s epistolary impersonation of Coward that eventually tipped her hand. Israel’s version of Coward often made campy references that alluded to his homosexuality, but as Israel later explained, Coward “came up in a very difficult period to be homosexual. It was a jailing offense. So it would have been very unlikely for Coward to put all these kinds of campy [references] into any kind of correspondence that went out into the world.”

Some dealers smelled a rat, and one in New York — who had previously purchased several of Lee’s Parker forgeries — blackmailed her, demanding $5,000 if she didn’t want him to testify before a grand jury. That’s when she stopped forging letters and instead began stealing originals, making copies to replace them, and then selling the originals.

Israel didn’t write much about the friend who helped her

Not much is known about the friend, Jack Hock, who helped Israel. In her memoir, she describes him only a little.

So to portray the character, who plays a significant supporting role to McCarthy’s, the actor Richard E. Grant read what Israel had written about the real-life Hock to complement the way the screenplay fleshed him out. “Lee Israel’s memoir was astonishingly scant on detail about him, which tells me how eccentric she was — thinking that she was the only person involved in this story,” Grant said when I interviewed him about the film.

There were only a few details to go on, according to Grant:

He was from Portland. He was blonde, was tall, was charming, had died of AIDS at the age of 47 in 1994, used a stubby cigarette holder because he was a chain smoker but thought he wouldn’t get cancer by using that, had been in jail for two years for holding at knifepoint a taxi driver in a dispute about a cab fare, which absolutely fit the bill. That is as much as I knew to go on.

And also the fact that she praised him, because once she had been rumbled by the FBI and couldn’t go out and sell these letters anymore, she got him to do it. Where she thought he might predictably get $500 or $600 for a letter that she conjured up, he came back with $2,000 or more. That was testament to how good he was at scamming or schmoozing people.

By the time Israel was being blackmailed by the dealer in New York, her relationship with Hock had deteriorated. He was in prison for robbing a cab driver at knifepoint. But when she concocted a plan to swap original letters for copies — she needed $5,000 to pay the dealer — he wrote to her that he would probably be on probation soon because he had AIDS.

He did get out, and Israel and Hock struck a deal under which Hock would sell the originals, since Israel was by then a sketchy figure among dealers. He’d get 50 percent of the take, plus expenses. Israel wrote in her memoir that she eventually realized he’d been skimming money off the top of the duo’s sales, too.

The FBI did finally catch Israel, stopping her outside a deli one day while she waited for Hock and saying that one of her customers had told them everything. Even then, though, they seemed a bit in awe of her skills as a literary mimic.

The lead investigator on her case, Carl Burrell, had retired from the FBI by the time Israel died in late 2014, of complications from myeloma, at the age of 75. But in her obituary, he called her “brilliant,” saying that his favorite letter of hers was an impersonation of Hemingway: “He was complaining about Spencer Tracy being cast as the main character in The Old Man and the Sea. ”

She pleaded guilty to one count of conspiracy to transport stolen property in interstate commerce in June 1993, and was sentenced to six months’ house arrest and five years’ probation. She was banned from stepping foot in many libraries. Hock received three years’ probation and died in 1994 at the age of 47.

According to Israel’s memoir, she did not attend the alcohol treatment program the court ordered her to participate in, and her friends and acquaintances from the later years of her life remember that she drank copiously. Actor Bob Balaban, who executive produced Can You Ever Forgive Me? and became a friend of Israel’s late in her life, recently remarked (during a Q&A following a festival screening of the film) that she would often show up at a lunch meeting early so that she could have a drink before everyone else arrived.

But she did eventually get a job, as a copy editor for Scholastic magazines in lower Manhattan — a position with benefits that included, among other things, veterinary coverage.

Burrell said in Israel’s obituary that even though many of the original letters Israel had stolen were ultimately returned to their rightful places in libraries, some of her forgeries are probably still in circulation.

That thought would have pleased Israel, who was proud of how aptly she’d reproduced the voices of some of the most vibrantly clever writers of the 20th century. In her book, she wrote, “I still consider the letters to be my best work.”

And eventually, even her own name, when attached to the letters she forged, could add value. “It has come to my attention that some of the letters are now on the market as Lee Israel’s forgeries,” she told NPR in 2008. “My work has received some attention and marvelous reviews, and people have liked the letters. And so they’re salable, apparently.”

Can You Ever Forgive Me? opens in theaters on October 19.

Read: Nancy Pelosi’s opening statement in the House impeachment debate
The weird world of whiskey collecting, explained
Jay Inslee’s presidential campaign is all about climate change
How to host Thanksgiving dinner when everyone has a dietary restriction
Here are all the 2020 Oscar winners
Ford and GM are making tens of thousands of ventilators. It may already be too late.