50 Cent, Oprah, and the silencing of Black women survivors 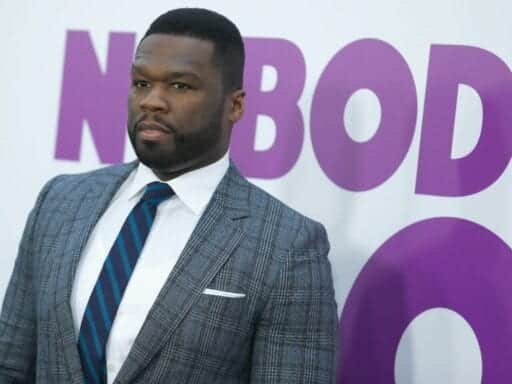 Share
Loading...
50 Cent, at a movie premiere in 2018, has accused Oprah Winfrey of “going after her own” for producing a documentary about the sexual misconduct allegations against Russell Simmons. | John Lamparski/Getty Images

The rapper is accusing Oprah of “going after Black men” like Russell Simmons. He’s minimizing violence against Black women.

50 Cent wants his 25 million Instagram followers to know that Oprah Winfrey is “going after Black men.” After it was announced last week that Winfrey will be executive producing a documentary about the sexual misconduct allegations against Russell Simmons, the rapper called her out for choosing the hip-hop mogul as the subject of her new project and not, instead, white movie producer Harvey Weinstein. “I just want to know why she is only going after her own,” 50 Cent wrote in one of several Instagram posts on the matter. “When it’s clear the penalties have been far more extreme for African American men.”

Simmons — who has been accused by more than 10 women of sexual harassment, assault, and rape — also created a lengthy Instagram post to defend himself, disguised as an open letter to Winfrey. He declared that he is only “guilty of exploiting, supporting, and making the soundtrack for a grossly unequal society.”

This blatant cyberbullying by 50, and the public pressure tactic implemented by Simmons, isn’t surprising. Especially for those of us who noticed the deafening silence in the hip-hop community when the Me Too movement revealed decades of sexual misconduct in Hollywood and politics. As a Black woman living in America who can barely recall a time where hip-hop wasn’t the love of my life, I am painfully aware of how a culture I value so deeply can also create an atmosphere that fosters sexual violence against the women who helped birth it, while simultaneously muting its most marginalized population. By painting Oprah as the harmful party in the community, 50 is sending a dangerous message: publicly aligning with those who seek accountability from powerful Black men will face consequences — as though the Black men who allegedly perpetuated the violence are worth greater protection.

This was the same sentiment heard prior to the release of the Surviving R. Kelly documentary earlier this year. So-called Kelly supporters created #FirstThem to seemingly imply that before Black men like Kelly are held responsible, the world should first seek accountability from powerful white men who are alleged sexual offenders. It’s the sort of logic that begs the questions: Are these #FirstThem men interested in any form of restorative justice for survivors of sexual violence, or are they seeking a world where Black men are able to harm women without impunity at the same rate of white men? Or perhaps, because in America the consequences for Black men are typically more severe than white men, should Black women remain silent instead of publicly sharing their truth about sexual violence when the offender is a Black man?

These questions are muddy, but the implications are clear. When the stories of Black women survivors of sexual violence dig their way through the layers of systemic racism, stereotypical views of us being overly sexualized, and the shame and apprehension surrounding violence, they still have to face a distinct form of silencing.

Sharing your truth about sexual violence is never easy for any survivor, yet I would argue that this specific form of silencing is unique to Black women. The world watched as Dr. Christine Blasey Ford was attacked for coming forward with allegations of sexual violence against now Supreme Court Justice Brett Kavanaugh. The slew of horrendous verbal assaults she endured was typical for many women who come forward with such stories — and yet she wasn’t accused of attacking white men as a whole. Inversely, for Black women who come forward with their truth about sexual violence, and apparently for women like Winfrey who support them, speaking out is suddenly presented as a large-scale accusation of race betrayal.

However, pushing such violence back into the shadows only puts Black women in greater danger. In America, the intersection of gender, race, and socioeconomic status not only influences your physical health and earning ability, but if you’re a survivor of sexual violence this trio may also determine if you receive justice. Research demonstrates that although Black women experience higher rates of rape and sexual assault than white women, their reports are less likely to be recognized by the legal system. This is one of the primary reasons attacks go unreported, making quantifying the exact number of survivors impossible.

I suspect by the end of the week, the general public will have moved on from the sensationalism of two notable hip-hop figures using strategic tactics to bully and mute both the survivors, and one of the most powerful Black women in the country. Yet, I’m perfectly clear on who will never forget this: the Black women watching who are suffering in silence, nursing wounds inflicted by men revered in a culture and country we love that doesn’t always love us back.

To partially quote Simmons, this is a “grossly unequal society.” A society in which Black women who survive sexual violence, and even those of us who support them, can be further harmed with accusations of attacking our own race if the perpetrator is also Black. A society where scapegoats like “well, what about the white men?” are given room to grow. A society where some don’t believe the stories of Black survivors, much less think they deserve to be amplified on a scale comparable to what a white woman would receive. 50 Cent might talk about protecting “our own,” but using intimidation to silence Black women only ensures further harm to our community.

Shanita Hubbard is an adjunct professor of sociology and author of the upcoming book, Miseducation: A Woman’s Guide to Hip-Hop.

Republicans don’t want Mitt Romney to save them from Trump
Why I will only date men who go to therapy
A federal court just blocked Trump’s attempt to quietly cut legal immigration by up to 65%
This week in TikTok: And the song of summer is ...
Why we still don’t know how deadly this new coronavirus is
Turkey’s president just won reelection — and a dangerous set of new powers