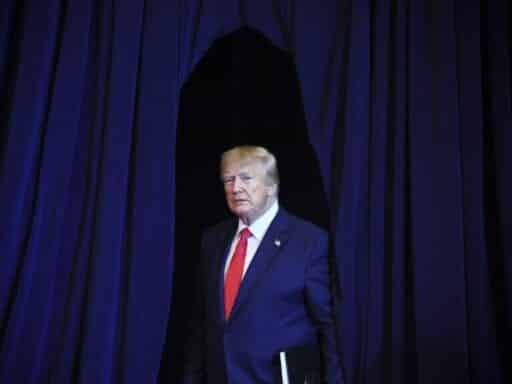 The whistleblower alleges that Trump abused his power to pressure Ukraine to investigate his political rivals on a call — and that the White House tried to conceal it.

President Donald Trump used the “power of his office” to solicit help in the 2020 elections from Ukrainian President Volodymyr Zelensky, and White House officials took extraordinary measures to try to conceal the contents of some of the president’s conversations, according to a partially redacted and unclassified version of a whistleblower complaint released Thursday morning.

The complaint offers a damaging portrait of president willing to use his office for political gain by asking Zelensky to investigate his political rivals — specifically former Vice President Joe Biden, and his son, Hunter Biden.

“I have information from multiple US Government that the President of the United States is using his the power of his office to solicit interference from a foreign country in the 2020 election,” the whistleblower complaint says. “This interferences includes, among other things, pressuring a foreign country to investigate one of the President’s main domestic political rivals,”

The whistleblower also says that the president’s lawyer, Rudy Giuliani, was a “central figure” in these efforts. Attorney General William Barr — the nation’s highest law enforcement official — “appears to be involved as well,” the complaint says.

Much of this information was hinted at in the memo of a July 25 call between Trump and Zelensky that the White House released on Wednesday. But the whistleblower complaint also includes a new explosive allegation: that White House officials were willing to break protocol and intervene to “lock down” all records of a phone conversation, including treating it as classified information, because those records might hurt Trump politically.

There’s one big caveat in all this: The whistleblower states that he or she was “not a direct witness to most of the events described” but found his colleagues’ accounts to be credible because “in almost all cases, multiple officials recounted fact patterns that were consistent with one another.” In other words, their stories matched up. (The Justice Department’s Office of Legal Counsel had confirmed the information was gathered secondhand in a September 24 memo.)

Acting Director of National Intelligence Joseph Maguire is testifying before the House Intelligence Committee Thursday morning, and there’s likely much more to come in this saga.

But until then, here’s a roundup of some of the key takeaways from this unclassified whistleblower complaint:

1) The White House knew that the July 25 call was really, really bad

The whistleblower complaint reiterates much of what the public learned Wednesday, after the White House released a memo (not a full transcript) of a July 25 call between Trump and Ukrainian president Zelensky.

In that call, Trump brings up the US’s military aid for Ukraine. Afterwards, Trump asks Zelensky to “do him a favor though” and brings up two investigations he wants pursued: one into Joe Biden’s son and another into the origins of the Russia investigation. Trump, in that call, also says that Giuliani, his personal attorney, and Barr, the attorney general, will give Zelensky a call.

The more explosive revelation in the whistleblower’s complaint is that the White House officials were “deeply disturbed” by what transpired in the call, according to the whistleblower. Here’s the relevant passage:

2) The White House took extraordinary efforts to conceal the call

This may be the most damning revelation from the whistleblower complaint: that White House officials — knowing this call was bad for Trump politically — tried to intervene to remove records of the call and put them a separate system designed for highly sensitive materials related to national security.

The whistleblower, again, didn’t witness this — he says he “learned from multiple US officials that senior White House officials” had “intervened to ‘lock down’ all records of the phone call, especially the official word-for-word transcript of the call that was produced — as is customary — by the White House Situation Room.”

The whistleblower points to two specific actions. The first involves removing the electronic transcript from the computer system. Here’s the relevant passage:

The complaint is clear that the call transcript didn’t deserve that level of secrecy, writing that the White House official said there was nothing “remotely sensitive from a national security perspective” in the call.

The whistleblower wrote that he wasn’t aware of any other measures to restrict access to the call. What the whistleblower is alleging here, however, is that White House aides deliberately tried to hide the July 25 call by putting it in a “standalone computer system” reserved for what the whistleblower described as “codeword-level intelligence information” — like covert actions.

In a classified appendix that’s partially redacted, the whistleblower alleges that, according to White House officials he spoke with, “this was ‘not the first time’ under this Administration that a Presidential transcript was placed into this codeword-level system solely or the purpose of protecting politically sensitive — rather than national security sensitive — information.”

In other words, White House officials may have done this before to cover up Trump’s conversations.

The whistleblower complaint alleges that Trump officials and associates kept pushing Ukraine to pursue these investigations after the July 25 phone call.

According to the whistleblower, on July 26 — the day after Trump’s conversation — US Special Representative for Ukraine Negotiations Kurt Volker and US Ambassador to the European Union Gordon Sondland met with Zelensky in Kyiv. The whistleblower cites “multiple readouts” of these meetings to say that Volker and Sondland “reportedly provided advice to Ukrainian leadership about how to ‘navigate’ the demands that the President had made of Mr. Zelensky.

The whistleblower complaint also alleges that he heard from multiple officials that Rudy Giuliani — Trump’s personal attorney — traveled to Madrid on August 2 to meet with an advisor to Zelensky. The whistleblower writes: “The U.S. officials characterized this meeting, which was not reported publicly at the time, as a ‘direct follow-up’ to the President’s call with Mr. Zelenskyy about the ‘cases’ they had discussed.”

The whistleblower outlines multiple instances — citing media reports and information from US officials — that Rudy Giuliani had attempted to reach out to Zelensky’s team. (Zelensky won the presidential race in April 2019.) Giuliani also met with (now) former Ukrainian prosecutor general Yuriy Lutsenko, who’d alleged in the American press that Ukrainian officials interfered in the 2016 election and that US officials had handed Ukraine a “do not prosecute list.” (None of these claims are substantiated, and Lutsenko supported Zelensky’s political rival in the 2019 elections, so he wasn’t really expected to keep his job. The whistleblower report also notes that Lutsenko has been criticized for using his office to protect corrupt officials.)

Starting in mid-May, the whistleblower began hearing from “multiple U.S. officials that they were deeply concerned by what they viewed as Mr. Giuliani’s circumvention of national security decision-making processes to engage with Ukrainian officials and relay messages back and forth between Kyiv and the President.”

The whistleblower says that he or she was told State Department officials — including Volker, the special envoy — were trying to “contain the damage” and help Ukrainian officials distinguish between the different directives they were receiving.

The whistleblower says that, whatever those attempts, the Ukrainians apparently came away with the idea that they would need to “play ball” on the issues if they wanted to meet or talk with the Trump in the future. The whistleblower caveats by saying that this was the “general understanding of the state of affairs conveyed” to him/her in late May to July, but the whistleblower isn’t clear exactly how the message was delivered.

6) There are still many things we don’t know

The whistleblower complaint may be a powerful piece of evidence in the impending Trump impeachment fight.

But it doesn’t quite tell a full story. Again, it’s worth noting, that the whistleblower’s complaint, while extremely detailed, is gathered mostly from conversations with other US officials who ostensibly have more direct knowledge. But we don’t know for sure how this information was communicated to the whistleblower. This is likely going to matter when it comes to evaluating the veracity of this complaint.o

If some of the more explosive allegations are to be confirmed — including the attempts to conceal Trump’s conversations — more corroboration is probably going to be needed. But the complaint could serve as a road map for members of Congress who have the power to issue subpoenas and compel testimony from the White House.

There’s also a few redactions in the complaint, meaning some information has not yet been made public.

And finally, the whistleblower is not able to say definitely whether Trump threatened to withhold military aid from Ukraine unless it pursued these investigations.

Trump did attempt to temporarily freeze military aid in mid-July, before his call with Zelensky, without giving a rationale. The whistleblower notes as much, and says that as of early August, he or she “heard from U.S. officials that some Ukrainian officials were aware that U.S. aid might be in jeopardy, but I do not know how or when they learned it.”

The timeline — and the details from the July 25 call — are certainly hinting at that possibility that Trump might have used military aid as leverage. But the whistleblower complaint doesn’t directly confirm that.

Alexander Vindman, a key impeachment witness, will be transferred out of the White House
Live results for Tuesday’s Arizona primaries
$1,400? $2,000? The stimulus checks debate, explained
Your phone location is a goldmine of information — and every political candidate wants it
E-girls and e-boys, explained
The Kentucky Kroger shooting may have been a racist attack