6 states will vote in Tuesday’s GOP presidential primary. Trump will win all 6. 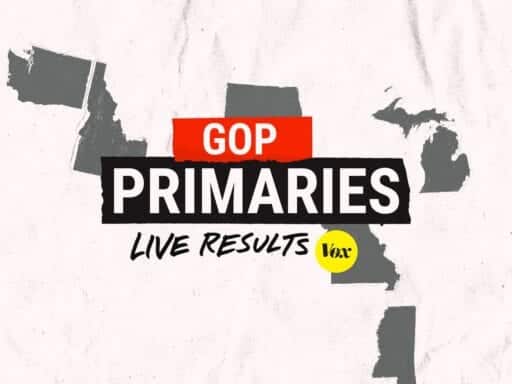 In two states, he’s the only candidate on the ballot.

Six states will vote in Republican presidential primaries on Tuesday — and in several states, Donald Trump stands alone on the GOP ballot.

After Super Tuesday, Trump leads the delegate count by a margin of 833 to former Massachusetts Gov. Bill Weld’s one. Though no March 10 states have canceled their GOP primaries altogether to protect Trump’s presidential renomination (as several others around the country have), some of those still holding primaries and caucuses have tried to help Trump anyway, just as state parties have in prior election campaigns. For example, Michigan changed its primary rules to require that candidates receive at least 20 percent of the primary vote to win any delegates (the prior marker was 15 percent of the primary vote).

In Washington state, Trump is the only candidate on the Republican ballot; and in North Dakota, which will hold caucuses, Trump was the only candidate to qualify to be on the ballot. But in Michigan, Missouri, Idaho, and Mississippi, Trump will be joined by Weld, who said in an interview with Reason magazine’s Matt Welch that he had no plans to drop out of the race in the belief that he could chip away a few Trump voters in November.

Polls begin closing at 8 pm Eastern and continue on a rolling basis until 11 pm Eastern, when Washington state polls close. Calls for Trump are expected to come quickly.

Vox will be covering the results of the GOP March 10 primaries live, thanks to our friends at Decision Desk.

Below are the states holding GOP primary contests on Tuesday and Trump’s approval rating in each one, according to Morning Consult.