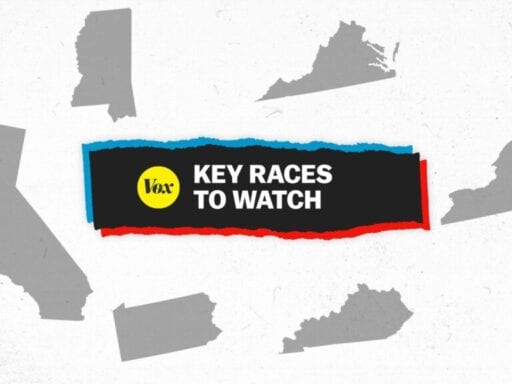 Governor’s races, ranked-choice voting, and the race for Mayor Pete’s job are on the ballot this November.

It may not be 2020 yet, but voters in several states are headed to the polls this week in elections that could lead to major shifts in power.

In Mississippi and Kentucky, voters will weigh in on gubernatorial races, while in Virginia, people will have an opportunity to choose members of their state legislature. Across all three states, the implications of the elections could be huge: In both Mississippi and Kentucky, Democrats have the potential to retake the governor’s seats, and in Virginia, the party could flip the House and Senate.

Additionally, several places will be weighing ballot initiatives on a slew of issues such as ranked-choice voting in New York City and affirmative action in Washington state. Cities including Philadelphia, San Francisco, and South Bend, Indiana, will hold mayoral elections as well. (Mayor Pete Buttigieg has opted not to run for reelection in light of his presidential bid.)

A number of races this fall, particularly those in the Virginia legislature, have the potential to serve as bellwether elections that could indicate how much momentum Democrats have managed to keep since the midterms in 2018, and offer a glimpse of what to expect from the party’s performance in 2020.

Faced with an open seat due to current Gov. Phil Bryant’s term limits, Democrats could potentially stage an upset in this historically Republican state. While Mississippi hasn’t elected a Democrat to the role since 1999, the two state officials competing for the seat — Attorney General Jim Hood (D) and Lt. Gov. Tate Reeves (R) — are within striking distance of one another.

The latest poll from Mason-Dixon Polling & Strategy has Reeves up by just three points, though that lead could be expanded by a last-minute campaign visit by President Donald Trump. Rated as “Lean Republican” by Cook Political Report, the race is a relatively tight one given both candidates longtime statewide profiles.

Hood is known for his affable personality and a brand he’s cultivated as a moderate Democrat who opposes abortion and favors more expansive gun rights. Reeves, meanwhile, has styled himself as a traditional conservative who opposes Medicaid expansion but is for raising teachers’ salaries. Reeves has a slight edge in the race, but given Hood’s popularity, it’s possible Democrats could still flip the seat.

Kentucky governor’s race: Blowback against a Republican incumbent presents Democrats with an opportunity

Incumbent Gov. Matt Bevin is in a fight to save his seat in Kentucky.

Up for reelection this year, Bevin is on the ballot alongside Democratic Attorney General Andy Beshear, and the latest poll from Mason-Dixon Polling & Strategy has the two candidates in a dead heat.

While Kentucky is a Republican stronghold — the state went for Trump by roughly 30 points in 2016 — Bevin’s rocky tenure has thrown his reelection into doubt. Currently rated one of the most unpopular governors in the country, according to a Morning Consult poll, Bevin has faced blowback from constituents for his attacks on public school teachers and proposed cuts to a statewide pension program.

Beshear, meanwhile, has used his role as AG to oppose Bevin’s efforts and is the rare Democrat now seen with the potential win in-state largely because of how disliked his competitor is.

Trump is set to campaign on Bevin’s behalf as well, though it’s unclear whether that backing will be enough to save him. As Roll Call points out, this race is also of particular interest to Senate Majority Leader Mitch McConnell, who is facing reelection in 2020.

Depending on how Bevin performs, the race could offer a glimpse into how much support a Democrat is ultimately able to garner statewide, though the dynamics that are driving it differ quite a bit from the Senate match-up.

Virginia state legislature: can Democrats flip the House and Senate?

Currently in Virginia, the governor’s seat is held by a Democrat while Republicans hold the majority in both the state’s Senate and House of Delegates.

Split control of these branches has meant that the advancement of policies, including stricter gun control regulations, has been stymied by opposition from the legislature. Democrats’ efforts to retake the legislative body hinges on hanging onto the seats they have and flipping three to four additional ones, some of which are in suburban districts that the party dominated in 2018.

The 2019 legislature race is widely viewed as a portent of how much ground Democrats can both keep and gain in the state, which has become a firmer stronghold for the party in recent years. Additionally, the outcome of the race will have major implications: In 2020, states will be drawing their redistricting maps and control of the legislature would give Democrats far more say in this process.

San Francisco mayor: London Breed, the first African American woman the city has elected for mayor, is now running for a full term

Breed won a special election in 2018 in the wake of former Mayor Ed Lee’s death and is poised to stay in the role.

The first African American woman to be elected mayor of San Francisco, Breed has secured endorsements from top California officials including Gov. Gavin Newsom and Sen. Kamala Harris. She’s competing against a slew of other candidates who aren’t quite as well-known, including public health worker Ellen Lee Zhou and small business owner Paul Ybarra Robertson.

Breed has said that reducing homelessness in San Francisco is one of her top priorities, as the number of homeless people in the city continues to grow. In her first year, she’s helped increase the number of beds in shelters and approved funding for more affordable housing, though rising living costs in the city continue to exacerbate the problem.

South Bend, Indiana, mayor: The race for Pete Buttigieg’s replacement is on

Democratic presidential candidate Mayor Pete Buttigieg won’t be running for reelection but he’s endorsed someone who is: his former chief of staff James Mueller.

Mueller is the favorite in a race against public school teacher and Republican candidate Sean Haas. South Bend last elected a Republican mayor in 1967, a sign that Mueller will likely have an easy victory.

Mueller faces some challenges, however: He’ll have to reckon with a spike in crime rates that the city has seen in the last year, as well as a strained relationship between Buttigieg and residents of color that soured after Buttigieg fired the city’s black police chief and supported a housing demolition and redevelopment effort that affected communities of color.

With the first concern very much on voters’ minds, both Mueller and Haas have committed to focusing on public safety among their core campaign tenets.

New York City is voting on how exactly it will vote in local elections in 2021.

Ranked-choice voting is popular among democracy reform activists because it has been shown to increase candidate engagement with voters and helps elect more diverse candidates. It works in the following way, Drutman explains:

New York City is expected to approve the initiative — and should it succeed, it could influence other major cities considering this change.

The use of affirmative action in Washington state as it relates to government jobs and state universities has been barred since 1998, when voters approved a measure banning it. This year, voters will have the option to reinstate affirmative action.

This issue is up for discussion once more after the Washington state legislature approved a measure that would bring affirmative action back earlier this year, prompting those who oppose it to push for a referendum.

Supporters of reinstating affirmative action argue that it helps to increase diversity on college campuses and at government agencies, while opponents say it introduces inequities that harm other groups. There have been noticeable effects in the state since the ban was approved more than two decades ago, writes the New York Times’ Mike Baker:

In the years after Washington’s law was approved in 1998, state data shows a precipitous drop in the number of minority- and women-owned businesses that obtained government contracts.

The outcome of this vote is expected to provide an indication of whether attitudes about this policy have shifted over the last two decades.

Apple’s Fortnite ban, explained
Trump says 200,000 Americans could die from coronavirus, because he’s done “a very good job”
Democrats have been discussing the same ideas on guns for 25 years. It’s time to change that.
Russia has paved the way for Putin to be president for life
Stranger Things 3 premieres July 4, 2019. Watch the latest teaser now.
Trump could be in a lot of legal hot water if he loses the election