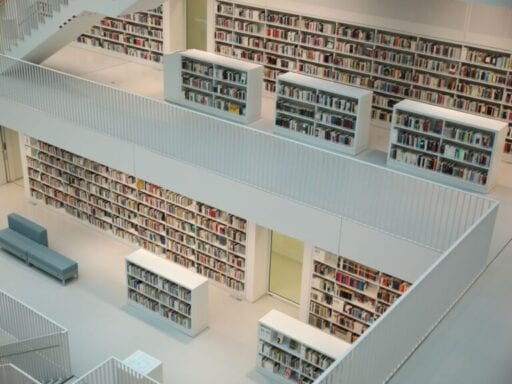 These books will help you understand the world and make it a better place.

Under the Donald Trump administration, misinformation is as constant and pervasive as oxygen. Which means that rigorously researched and fact-checked books are a deeply attractive resource — but they’re not always easy to find.

Traditional publishing doesn’t have a built-in fact-checking system. It leaves the task (and expense) of fact-checking entirely to its authors. The result is that every few months, a major book is torpedoed by the news that it is riddled with errors.

The latest version of this story came earlier this week, when a new book from Hachette’s conservative imprint Center Street claimed that under President Barack Obama, the CIA complained of “nonstop PC [political correctness] meetings.” That claim then became a Fox News headline, and kicked off a round of right-wing outrage as stories in conservative outlets like the Washington Examiner followed. PC in this context, however, did not stand for “political correctness.” It stood for “principals committee” meetings, and when news of that error hit Twitter, it drove another round of outrage, this time from the left, with mocking headlines popping up on progressive outlets across the web.

For a reader who just wants to be well-informed about the facts, this kind of story can be dispiriting. What can you read that you can trust has been thoroughly checked for errors? Where can you go to find books that you know someone has fact-checked?

The Association of University Presses, or AUPresses, would like you to consider turning to its members.

University presses get peer reviewed. That’s a level of quality control most books don’t have.

“University press books are consistently the most reliable source of longform content based on deep research that has been vetted by experts,” says Kathryn Conrad, director of the University of Arizona Press and president of AUPresses.

Unlike traditional publishers, university presses peer review their books, meaning that they send each book to scholars who are experts in the subject matter to obtain their seal of approval before they send a book to the printers. (Disclosure: I used to work at a university press.) When the system works the way it’s supposed to, readers of a university press book can trust that a team of experts has ensured that what they’re reading is accurate and up to date.

Scholarly peer review is not the same as the fact-checking that magazine journalism goes through. Peer reviewers don’t verify every single quote and statistic in a book. But they do make sure that the book’s author has done their homework, that they know what they’re talking about, and that their argument makes basic scholarly sense. And if peer reviewers discover factual errors, they point them out so the errors can be fixed before publication.

AUPresses thinks more readers should be aware of the work they’re doing. That’s why during the organization’s annual University Press Week, it launched a reading list it’s calling READ. THINK. ACT., a list of 75 peer-reviewed books designed to help non-academic readers understand the world and work to make it a better place.

The books on the list cross disciplines from linguistic anthropology to environmental studies to history to border studies to sociology, but all of them are designed to be readable even to a non-scholarly audience. That’s not always the case for university press books, many of which are written for scholars who already know all the jargon and backstory of a given field — but almost all university presses do aim to publish trade books for a lay audience alongside their academic books, and the trade books all get peer reviewed, too.

“We try to be very honest about the content of the books,” says Conrad. “It’s usually pretty easy to tell if a book is just for specialists or if it’s one a lot of people could get a lot out of.”

Thomas Dark, senior commissioning editor at Manchester University Press, says he considers publishing accessible scholarship for a lay audience to be part of a university press’s mission. “As university presses, we have a dual set of responsibilities,” he says. “One of which is, as a part of the academic ecosystem, to keep that research going to academic readers and feeding the cycles of knowledge in universities. But we have an absolutely equal responsibility to be able to take what are important insights across all disciplines of study, and making sure that those are reaching out of those ivory towers to be available to a wider audience.”

The biggest tool university presses have for reaching that wider audience is the independent bookstore. “Booksellers are intermediaries between publishers and readers in an environment of hyperabundant information,” says Lisa Bayer, director at University of Georgia Press.

Indie bookstores often curate selections from university presses, finding the scholarship that matters and is accessible to lay readers and leaving behind the rest. Says Jeff Deutsch, the director of the Seminary Co-op Bookstores in Chicago, “We’re speaking to generalists. There is a specific kind of intelligent generalist reader who wants to know what current scholarship has to say about any number of issues. We present that in a way that brings different disciplines together, but that also helps translate language from one discipline to another.”

And for readers who don’t have independent bookstores nearby that do such work, there’s the READ. THINK. ACT. list. No matter how fast you read, it should take you at least a year to make it through 75 books of peer-reviewed scholarship. But to get you started, here are some highlights.

Says Stanford University Press senior editor Michelle Lipinski, “Adam has provided this really accessible framework for everyone — laypeople, scholars, journalists — to use to decode, demystify, and resist political rhetoric that’s grounded in hatred and division. Being able to recognize and counter a false claim is more useful today than it’s ever been. It’s a wonderful book, it’s fluidly written, it’s conversant, it’s funny, but it’s serious.”

“Rick Van Noye, who is an English professor at Radcliffe University in Virginia, writes what I would call extremely accessible science for the layperson,” says Lisa Bayer, director at University of Georgia Press. “Each chapter addresses a different southern state that’s dealing with climate change. A lot of it has to do with coastal sea rise, but other things as well. He is writing really strong narrative nonfiction that has a throughline of science.”

“Joan [Maran, the author]’s grandmother immigrated from Russia, and Antonio [Masi, the illustrator]’s from Italy,” explains Fredric Nachbaur, director of Fordham University Press. “Their experiences of their families immigrating to the United States and Ellis Island and their first contact with Lady Liberty spoke to what’s happening now, and how the history of immigration in the United States has been this very tumultuous up and down. Now as we’re in 2019, heading towards the 2020 election, immigration is a lightning rod topic. We thought this is a great way to accessibly talk about what the Statue of Liberty meant and means today, and what immigration in the US has looked like, and how it resonates today.”

The Border and Its Bodies, edited by Thomas E. Sheridan and Randall H. McGuire, University of Arizona Press

And in this case, The Border and Its Bodies really is unique in offering an on-the-ground look by people who live and work at the border at the human impact of the border crossing. Frankly nothing about what it’s like at the US-Mexico border makes its way into the news. Only snapshots make it. And for those of us who live here — Tucson is just 60 miles north of the border — we see a lot more up close. This book includes the voices of scholars and practitioners and ranchers and residents to take a really up close look at what the impact of the increasingly militarized border zone has on the human being.”

Knowledge Resistance: How We Avoid Insight from Others by Mikael Klintman, Manchester University Press

“Commentators are constantly telling us that we’re living in a post-truth age, we’re surrounded and influenced by fake news, and we should be scared about that, we should be really wary about that. What the book tries to do is oppose what it sees as an inherent divisiveness in that framing of the current moment,” says Thomas Dark, senior commissioning editor at Manchester University Press. “Ultimately, the book looks to go beyond whether we disagree with each other as groups or individuals, beyond scientific rationality, to seek put those differences aside, to understand and appreciate broad and historical group contexts.”

Correction: An earlier version of this article referred to the Association of University Presses as AAUP. This is an old abbreviation, and the association is now known as AUPresses.

Trump’s claim that DC police didn’t protect the White House from protesters is false
How to take care of your skin while wearing a mask
The campaign fraud scandal around California Republican Duncan Hunter, explained
How Deciem and its controversial founder changed the beauty industry forever
Democrats formally launch an impeachment investigation — even though some say it’s already happening
Here’s when the polls close in every state