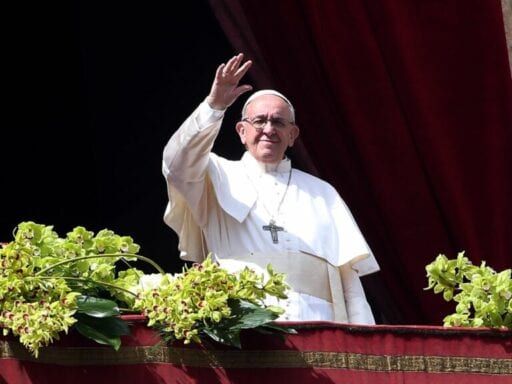 The pope’s revision to the Catechism calls capital punishment “inadmissible.”

A group of 75 Catholic clergy members and scholars have urged Pope Francis to backtrack on his decision to declare the death penalty “inadmissible” in Catholic teaching.

Earlier this month, Pope Francis authorized a change in the Catholic Catechism, the official teaching document of the church, to intensify the language pertaining to the defensibility of the death penalty.

Since the catechism was first published in 1992, the church has said the death penalty should be used only in very rare situations. Francis’s change, though, denied that the death penalty could ever be compatible with Catholic teaching, on the grounds that “the dignity of the person is not lost even after the commission of very serious crimes.”

While the move drew praise from anti-capital-punishment advocates, such as Sister Helen Prejean, who called it a “great day for human rights,” some of Pope Francis’s more conservative critics remained wary. An open letter was published Wednesday morning in First Things, a conservative-leaning Catholic journal, and was signed by several prominent Catholics, including Fr. George Rutler and Fr. Gerald Murray of the Archdiocese of New York.

The letter argues that, by refining Church teaching on the death penalty, Pope Francis casts doubt on the authority of the church’s teaching body, known as the magisterium. “To contradict Scripture and tradition on this point would cast doubt on the credibility of the magisterium in general,” the letter reads, calling Pope Francis’s decision a “gravely scandalous situation.” The signatories call upon the College of Cardinals “to advise His Holiness that it is his duty to put an end to this scandal, to withdraw this paragraph from the Catechism, and to teach the word of God unadulterated.”

The Vatican has not replied nor is it likely to do so. Another critical open letter, known as the dubia, or “doubts,” authored by senior Catholic figures, including four Cardinals, protested Francis’s perceived openness to giving communion to divorced-and-remarried couples. It remains unanswered after almost two years.

The presence of the open letter speaks to wider divisions within the church over Francis’s papacy, and, in particular, conservative concern that Francis is overstepping the traditional boundaries and protocol of his office.

However, the Vatican hierarchy may have more pressing concerns at the moment. This week, a Pennsylvania grand jury released a catastrophic report implicating at least 300 priests in the state of child sexual abuse against more than 1,000 minors.

Bernie Sanders’s Medicare-for-all plan, explained
Missing party labels could matter in the Mississippi Senate special election
How tech employees are pushing Silicon Valley companies to put ethics before profit
Will the government shutdown again before the midterms? Ask Trump.
If the Supreme Court decides the election, it will likely all come down to Brett Kavanaugh
The reason we’re talking about a government shutdown yet again, briefly explained