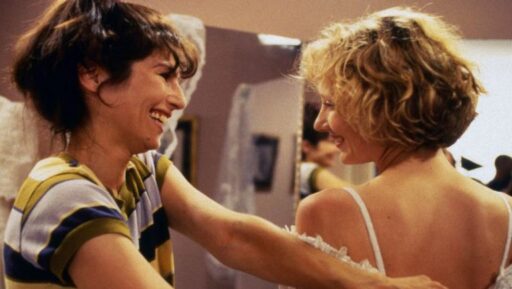 It’s no secret to cinephiles that women’s stories have long been relegated to second-class status in Hollywood — either they’re considered “niche,” or they’re simply not told at all. To be sure, throughout the history of the movies, certain films from women’s perspectives have become hits and even classics. But the numbers don’t lie: The history of movies has largely been the history of men’s stories.

Fortunately, there are changes afoot. Though there’s still plenty of work to be done, the #TimesUp campaign, new women-led production companies, and other women-focused initiatives are encouraging equality all across the film industry.

And the way the film world is thinking about its history is changing, too. In New York City alone, the thriving repertory film scene has no fewer than four programs dedicated to films made by and about women, including one that centers on the work of female cinematographers, most of whom have gone largely unrecognized in the field. (Last year, Rachel Morrison became the first woman ever to be nominated for the Oscar in cinematography for Mudbound. She did not win.)

One program, held at the Quad Cinema in Manhattan’s East Village, is brimming with films focused on one topic: the “New York woman.”

“For this series, we exclusively selected films told from a female point of view; these are not movies where women are mere sidekicks or love interests, but the architects of their own narratives,” said the theater’s director of programming, C. Mason Wells. “One film that might spring to mind as a quintessential New York woman’s story is Annie Hall — until you remember that the entire movie is told from Alvy Singer’s eyes. We really tried to narrow the focus to films where the women are more than a plot device for the male protagonist.”

New York has been the setting for some of the most iconic and memorable women’s stories on both the small and big screen, from Sex and the City to Working Girl. But what connects them isn’t the genre so much as the variety of possible genres in which women’s New York stories can be told. “Living in NYC can be a tortured melodrama, a grand romance, a horror movie, a screwball comedy — sometimes all in the same day,” said Wells. “So it’s only natural to see the female experience in here fit comfortably into every one of these genres.”

Not everyone can make it to New York to see the Quad’s series, which includes dozens of films and ends on July 19. But a number of the movies are available to stream at home for those who want to partake in the history of women’s cinema through the lens of the Big Apple.

Here are nine of the many worth checking out. (You can find the rest of the Quad’s list here.)

Available on Amazon, Vudu, and iTunes

This cult classic stars Catherine Keener and Anne Heche as Amelia and Laura, childhood best friends who now have high-powered careers in New York. Their relationship starts to morph once Laura becomes engaged and Amelia gets jealous. Directed by Nicole Holofcener — who would go on to make movies like Lovely and Amazing and Enough Said — Walking and Talking is peak 1990s, too, with a soundtrack that includes Billy Bragg, Yo La Tengo, and Liz Phair.

Lauren Velez stars as Lisette, a young mother in a troubled marriage, who lands a job as the personal assistant to a major record label producer after her husband ends up in jail. The film shows her marriage struggles alongside charged workplace relationships. Set in the South Bronx, director Darnell Martin’s I Like It Like That was the first major studio film helmed by an African-American woman, and it premiered in the prestigious Un Certain Regard section at Cannes.

Chantel Mitchell (Ariyan A. Johnson) is a troubled black teenager living in Brooklyn with her poor family. She cares for her two younger brothers and works part-time. She also is whip-smart with good grades, and wants to go to college — and then she becomes pregnant. Leslie Harris wrote and directed the low-budget film over just 17 days, and became the first African-American woman to negotiate a deal with a major motion picture company for its release.

The third film in director Whit Stillman’s “doomed-bourgeois-in-love” trilogy (along with Metropolitan and Barcelona), Last Days of Disco stars Kate Beckinsale and Chloë Sevigny as recent college graduates working at a New York publishing firm by day and falling in and out of love in the early 1980s disco scene. It’s somehow charming and elegiac all at once, expertly catching both the freshness of youth and the feeling of a time period passing that you can never recapture once it’s gone.

Given how many young women (and men) arrive in New York with dreams of strutting down the catwalk, Frederick Wiseman’s documentary Model is essential viewing. Wiseman quietly observes the comings and goings of the people who work for Zoli Management Inc., an exclusive modeling agency in Manhattan. The models — and would-be models — interact with the business side of the agency, and the camera follows them into magazine shoots, fashion shows, advertising shoots, and much more.

John Cassavetes trained his camera on frequent collaborator Gena Rowlands for Gloria, in which Rowlands plays a mobster’s girlfriend who must go on the run with her neighbor’s young son to keep him safe from a hit squad. The role netted critical acclaim for Rowlands, including nominations for both an Oscar and a Golden Globe,

Barbara Stanwyck is luminous as Lily Powers in this film made before Hollywood’s Motion Picture Production Code became widely observed, effectively outlawing the representation of many “vices” in American cinema from the 1930s to the late 1960s. Powers works for her father in a speakeasy during Prohibition and sleeps with many of his customers at his behest.

The movie’s original 1933 release was a censored version of the film, but a restored version premiered in 2004, and in 2005 it was selected for preservation in the Library of Congress National Film Registry as “culturally, historically, or aesthetically significant.”

Sandy Dennis plays Sylvia Barrett, a new graduate who’s just been hired to teach English at the fictional Calvin Coolidge High School in New York City, where many of the students are disruptive and troubled. (A junior high school in East Harlem provided the exteriors.) It’s an early twist on the common cinematic “magical teacher” trope that likely still rings true with the hordes of new graduates who arrive to teach in New York City’s schools today.

Perhaps the most iconic of all New York women is Holly Golightly, the naive, eccentric sometimes call girl portrayed by Audrey Hepburn. Loosely based on the novella by Truman Capote, Breakfast at Tiffany’s features the indelible scene in which Holly eats her morning bun and drinks her coffee while peering into the windows at Tiffany’s — the same windows you can peek into today, if you walk by them. It’s hard to imagine any film that captures the breathless melancholy of New York any better than this one.

9 Supreme Court cases that shaped the 2010s
Avengers: Endgame’s new end-credits scene is Hulk-centric
Watch: the longest “blood moon” lunar eclipse of the century
Just 4 states meet these basic criteria to reopen and stay safe
WeWork confirmed layoffs at an internal meeting but still hasn’t said how many or when
Trump acts like he’s above the law because Mitch McConnell lets him