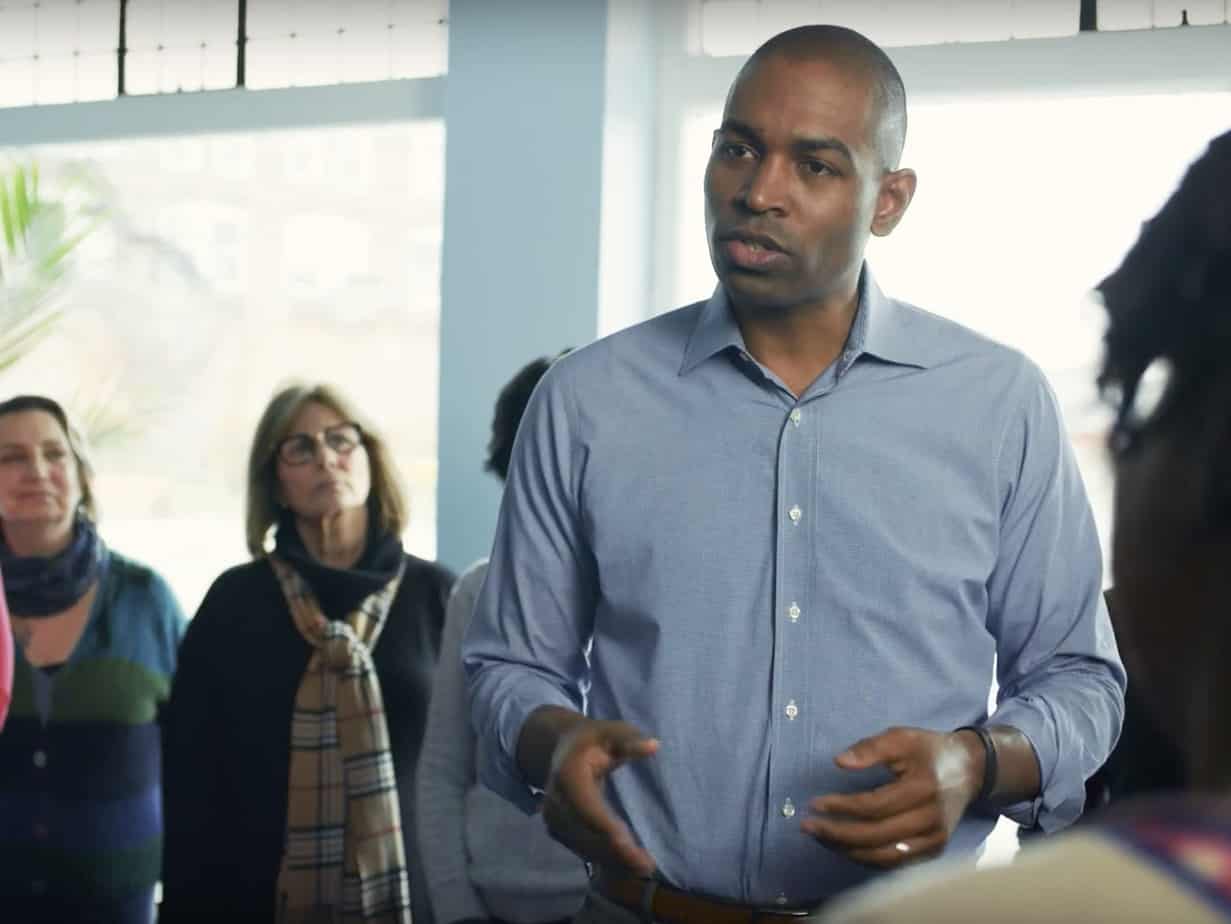 Antonio Delgado says his critics are trying to “otherize” him from white voters in New York’s 19th Congressional District.

Antonio Delgado, a black 41-year-old lawyer, is competing against incumbent Republican Rep. John Faso in the highly competitive congressional race for New York’s 19th Congressional District. But as a new report from the New York Times notes, the contest has been consumed by a debate over Delgado’s former career as a socially conscious rapper named “AD the Voice,” with Faso and conservative groups arguing that the Democrat’s old music makes him unfit to represent the district.

Delgado, who would be the first nonwhite representative of the NY-19 district if elected, counters that his past lyrics are being taken out of context in an attempt to “otherize” him from voters in the 19th District, which is one of the whitest in the country, according to the Times.

As the debate continues, the conversation is showing the complexities of race and identity in political contests, particularly in those where the candidate for a majority-white district is a person of color. The criticism largely hinges on perceptions and stereotypes of rap music, particularly those that define rap music and black culture as not being representative of mainstream America. And for a black prospective Congress member for a majority-white district, the focus on his rap lyrics puts his “otherness” in stark contrast with the lives and experiences of local voters.

In 2006, Delgado released his first and only album, called Painfully Free. The album offered social commentary on a number of topics, from the federal response to Hurricane Katrina and the Iraq War to criticizing capitalism. Delgado, a Rhodes scholar and Harvard Law grad, would later leave music for a legal career.

The candidate, who beat several other Democrats in the district’s June primary, began facing strong criticism for the old music earlier this month. A piece in the New York Post said that Delgado “spewed politically provocative and racially charged lyrics a decade ago,” before detailing lines from his first album.

Faso quickly seized upon the news. “Mr. Delgado’s lyrics paint an ugly and false picture of America,” he said in a statement earlier this month.

The criticism of Delgado’s music as “anti-American” has also spread to other conservative groups. The Congressional Leadership Fund, a Super PAC that aims to elect Republicans to the House of Representatives, aired a radio ad calling the music a “sonic blast of hateful rhetoric and anti-American views.”

“Is a guy who makes a rap album the kind of guy who lives here in rural New York and reflects our lifestyle and values?” Gerald Benjamin, a friend of Faso’s and director of the Benjamin Center at State University of New York at New Paltz, told the Times.

“People like us, people in rural New York, we are not people who respond to this part of American culture,” he added.

Delgado argues that his music simply spoke to pressing social issues, which he would also call attention to in Congress. “It was different contexts, different tactics, but same desires and same outcomes,” he told the Times. “Issues like income inequality, issues like gender equality, issues like the pollution of our environment and climate change — these are all issues that I talked about back then as an artist that I’m now talking about.”

Some groups are calling out Faso for focusing on the lyrics. Last week, more than a dozen clergy members sent a letter to Faso, calling the politician’s comments “a thinly veiled, racist attack for the purpose of insinuating fear in the voters in our district.”

For now, it is unclear exactly what will happen in the district, which went for Barack Obama in 2008 and 2012 but broke for Donald Trump in 2016. The race has been rated a toss-up by political analysts. A June poll from the Democratic Congressional Campaign Committee said that Delgado was leading Faso by 7 points.

Why this Russian gas company sponsors soccer teams
7 key House primaries to watch on Super Tuesday
These apps make a game out of relieving anxiety. They may be onto something.
Postmaster general hits pause on USPS changes until after election amid public outcry
The Trump administration just did something unambiguously good for Obamacare
Hurricane Florence catastrophic flooding, rescues, and deaths: what we know