A black man went to jail for missing jury duty. After public outrage, the judge cleared his record. 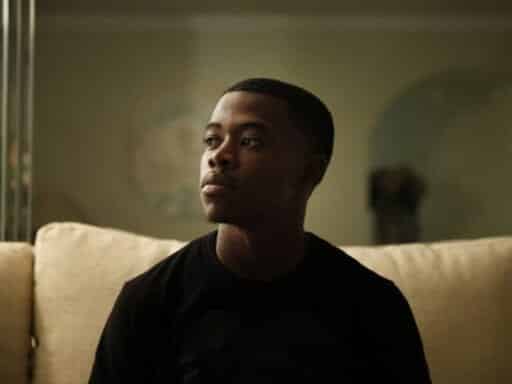 Share
Loading...
The story of Deandre Somerville, 21, drew national attention after outlets reported that he served 10 days in jail for failing to report for jury duty. | Brynn Anderson/AP

Deandre Somerville’s record will be erased, but that doesn’t make the 10 days he spent in jail any less outrageous.

The young black man who served 10 days in jail for oversleeping and missing jury duty has now had his record cleared by the same judge who handed down that widely criticized sentence.

In August, Deandre Somerville received a summons for jury duty in Florida’s West Palm Beach County, the first time the 21-year-old had been required to show up in court. After a long summer day in the courtroom, Somerville was selected to be a juror for a civil negligence case involving a car accident. He was ordered to come back at 9 am the next day, August 21, to report for the trial.

The next morning, Somerville woke up hours late. Realizing that he had overslept and missed his ride to court, Somerville decided to get ready for work at his job as a recreation specialist assisting afterschool programs for West Palm Beach’s Parks and Recreation Department.

Somerville admits that he was slightly concerned about the consequences he could face for missing the trial. “At work, I was looking at my phone thinking, ‘What’s the worst-case scenario that could happen?’ I thought maybe I would get a fine or something like that,” he told the Associated Press on October 3.

But he was surprised when, weeks after missing jury duty, police showed up at his grandparents’ home.

In September, Palm Beach County Judge John Kastrenakes ruled that Somerville was guilty of contempt of court for missing the start of the trial and for failing to respond to phone calls from the court. He sentenced the 21-year-old to 10 days in jail, as well as 150 hours of community service, a year of probation, and a $223 fine. Somerville was also ordered to write a “sincere” statement of apology.

At the time, reporters in the courtroom noted that Kastrenakes reprimanded Somerville for delaying the start of the August trial by 45 minutes, saying that jury service was as important as military service and that Somerville’s absence was especially notable because the young man “was actually the only African-American on the jury.” The judge claimed that the sentence was “a lesson” and that Somerville would get “a taste of jail,” adding that he would be closely monitored and could be given additional time if he did not fulfill all the requirements of his sentence.

Shortly after Somerville’s release on September 29, his effort to appeal the ruling drew national attention, prompting fierce criticism of Kastrenakes, with some legal experts arguing that the exact sentence given to Somerville is rare, specially for someone who has no record of arrests or criminal convictions. Courts have wide discretion on these matters and the exact punishment for missing jury duty depends on the type of court and where it is located. Still, while jail time is a possible outcome, fines seem to be more common.

Critics compared Somerville’s treatment to high-profile sentencing involving white defendants, with observers particularly drawing comparisons between Somerville’s treatment by the judge and the treatment of actress Felicity Huffman, who received 14 days in prison for bribing her daughter’s way into college, and ex-officer Amber Guyger who got 10 years for murdering an unarmed black man in his own home and was controversially hugged by the judge who oversaw the trial after her sentencing. Others argued that Somerville’s sentence was a reminder of just how quickly black people can be unsympathetically pushed into the justice system.

This judge put a young black man with no prior arrests in the system for *checks notes* oversleeping.

We must reform our criminal justice system, which is designed to criminalize people of color. https://t.co/LqKyO4RcXW

As backlash to the sentence mounted, Kastrenakes said on Friday that he would agree to an appeal from Somerville’s lawyer that reduced the length of probation and amount of community service that needed to be completed. One day later, on October 5, the judge said that he was vacating Somerville’s sentence entirely and formally entered a court order doing so on Monday, arguing that the young man had been “totally rehabilitated.”

But Kastrenakes’s action has not ended attention to the case. And while the judge argues that Somerville’s initial punishment proved the importance of respecting the justice system, critics argue that it actually did the opposite: showing how the justice system hands down unnecessarily punitive judgments to black defendants.

The judge who sentenced a man to 10 days in jail for oversleeping jury duty clears his record.

“I know that he has been totally rehabilitated.” -Judge

But he didn’t need rehabilitation.

“Somebody somewhere has to have some sense…” #MLK
https://t.co/HecxjGc1JW

Somerville’s record was cleared after a national backlash

In media interviews after serving his jail sentence, Somerville has said that he struggled with being away from his family, especially his grandfather, who needs significant assistance after losing mobility due to a heart attack.

“A whole 10 days. It put a bind on my family. It neglected me from helping my family,” Somerville told BuzzFeed News last week.

He also discussed the impact of the jail sentence during an October 4 court appearance, where he read the apology letter that Kastrenakes had ordered.

“Before my hearing, I walked in the courtroom as a free man with no criminal record,” Somerville said. “I left a criminal in handcuffs.”

In the court order erasing Somerville’s conviction, Kastrenakes explained his change of heart, saying that the sentence had changed the young man. “I know he now understands and respects our system of justice and the critical role jurors play in that system,” Kastrenakes argued. “In conclusion, I do not want even a finding of contempt to be gleaned from a perusal of his background or record.”

Kastrenakes has also defended himself, pushing back on the intense scrutiny he has faced over the ruling. Somerville’s sentence, he argues, was intended to make a point “so that others could learn and take heed that serving on a jury is serious business.” Kastrenakes also argues that he would have handed down a similar sentence to anyone who missed jury service in his court.

Still, in the days since Somerville’s story became national news, an opposing argument has been made much more forcefully — that while serving on a jury is undoubtedly important, the punishment against Somerville was excessive and plays into significant racial disparities in the American justice system.

For many observers, Somerville’s treatment is yet another reminder of the very real fact that research shows how black Americans are punished more harshly in the justice system. At the federal level, a 2017 report from the United States Sentencing Commission found that black men receive prison sentences that are roughly 20 percent longer than those of white men who committed the same crime. When it comes to jails, while the gap in black and white incarceration rates is decreasing, a February 2018 report from the Vera Institute of Justice found that as of 2013, black Americans were still 3.6 times more likely than white Americans to be incarcerated in a local jail. And there are other disparities in areas like policing, officer-involved shootings, and arrests that also come into play.

Even with Kastrenakes’s decision this week, in the end, Somerville still had to spend 10 days in jail, an experience that he says changed him. “Twenty-four hours in a day felt like 48 hours in a day,” Somerville told BuzzFeed News. “All I could do was think, being around criminals, now I am a criminal for doing something that’s not even a real criminal act. … Those 10 days were long and traumatic days.”

The political power of preexisting conditions, explained
The Apple car, briefly explained
Israel’s anti-Netanyahu protests, explained
What long voting lines in the US really mean
The only Christmas music playlist you will ever need
Replacing beef with chicken isn’t as good for the planet as you think