A brief guide to Andrew Wheeler, Scott Pruitt’s replacement at the EPA 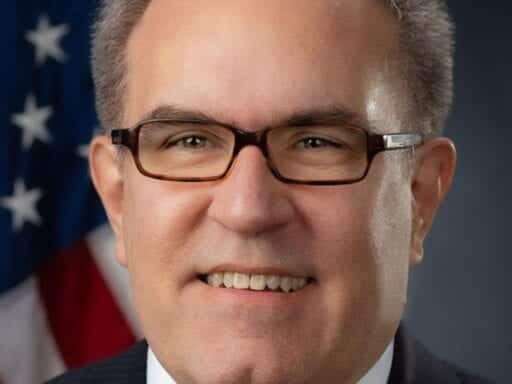 Following the pile-up of months and months of scandals, EPA Administrator Scott Pruitt is finally out — which means a significantly less notorious successor is now in. Introduced to the world via a tweet from President Donald Trump, EPA Deputy Administrator Andrew Wheeler is set to take over the position in an acting capacity.

Wheeler, who was confirmed for the EPA deputy role in April, appears to be cut from much of the same cloth as his former boss when it comes to rolling back environmental regulations. Here are three key facts to know about the person who will soon be overseeing the Environmental Protection Agency.

1) He’s worked for the coal industry

Wheeler, age 55, is a former lobbyist who represented Murray Energy, a massive mining company, as one of his chief clients. Murray Energy was among the companies Wheeler listed on his financial disclosures while he was being considered for the deputy administrator position. Others included Xcel Energy and General Mills.

As a New York Times story lays out, Murray was the architect of a so-called environmental regulations wish list, which detailed a list of policies aimed at reinvigorating the coal industry — like curbing restrictions on greenhouse gases and slashing staff at the EPA. Wheeler and Murray were photographed at a March 2017 meeting with Energy Secretary Rick Perry, where many of these policies were purportedly discussed.

All this suggests that Wheeler won’t be particularly aggressive toward the coal industry while in office. “Andrew Wheeler’s coal credentials are without equal,” Sen. Edward Markey has said, according to CBS News. “He is, without question, a member of the coal industry’s Hall of Fame.”

Wheeler was also a longtime staffer for Sen. Jim Inhofe, serving as chief counsel for the Senate Environment and Public Works Committee while the lawmaker was chair, according to Inside Climate News. All told, Wheeler spent 14 years working with Inhofe on the Hill.

Inhofe was among Pruitt’s biggest fans, although the barrage of scandals ultimately began to dim his enthusiasm. Inhofe is known for denying that climate change is affected by human activity, once throwing a snowball onto the Senate floor to counter arguments about climate change and prove that it was “very, very cold” outside. (His former staffers have become nicknamed by some as the “Inhofe mafia.”)

During Wheeler’s testimony in a congressional hearing last fall, he dodged a question about climate change: “I believe that man has an impact on the climate, but it’s not completely understood what that impact is,” he said, according to Inside Climate News.

As the New York Times points out, however, there is one crucial way that Wheeler differs from his departing boss. Pruitt was Oklahoma’s attorney general before being named to Trump’s Cabinet, and an outsider who recklessly took advantage of the privileges he obtained. Wheeler is seen as a seasoned political operative who knows how to carefully traverse the system. (He was also at the EPA as a special assistant in the agency’s Office of Pollution Prevention and Toxics for four years before he worked for Inhofe.)

Unlike Mr. Pruitt — who had come to Washington as an outsider and aspiring politician, only to get caught up in a swirl of controversy over his costly first-class travel and security spending — Mr. Wheeler is viewed as a consummate Washington insider who avoids the limelight and has spent years effectively navigating the rules.

Pruitt’s goals as EPA administrator have centered on crafting (or destroying) policy in order to establish a friendlier regime for the fossil fuel industry. His efforts have included revising emissions standards for cars and trucks, increasing his control over the implementation of the Clean Water Act and weakening standards on hazardous chemicals.

It appears that Wheeler is on track to do more of the same — and his insider instincts and methodical nature could mean even more effective rollbacks. (A number of Pruitt policies are thought to be shoddily constructed and have faced significant legal challenges.)

As Trump said himself, “I have no doubt that Andy will continue on with our great and lasting EPA agenda.”

“The presidency is a duty to care”: Read Joe Biden’s full speech on George Floyd’s death
How TikTok went from an ad-free paradise to a playground for big brands
7 coronavirus cleaning questions, answered by an expert
Mitt Romney’s statement on the Charlottesville anniversary strikes a chord Trump cannot
Congress just passed a border security deal
Sesame Street, 2020, and me: A New York story