A fight over metal detectors reveals how broken Congress really is 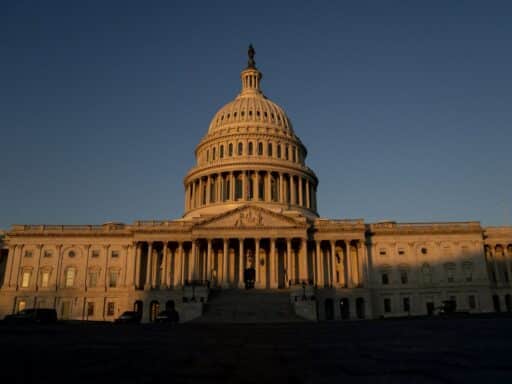 “They cannot stop me!”: Some Republicans express outrage over new security after January 6 attack.

The US House is fighting about metal detectors.

Following the January 6 insurrection when pro-Trump extremists stormed the Capitol, heightened security measures were been put in place — ones that restrict members of Congress.

On January 12, the newly appointed acting Sergeant at Arms Timothy Blodgett wrote a memo to all members of Congress and their staff alerting them that everyone (including members of Congress) will need to submit to security screenings when entering the House chamber.

Blodgett noted that “magnetometers,” or metal detectors as they are commonly known, would be placed “at selected entrances,” and warned that failing to comply with these guidelines or carrying “prohibited items” (read: firearms) might end in denial of access to the individual in contempt of the regulations.

That same night, Republicans chafed at the imposition, some going as far as to stand off against Capitol Police and others walking around the metal detectors.

RIGHT NOW-> Congresswoman Lauren Boebert, who has bragged about her desire to carry a weapon on Capital Hill is currently in a standoff with Capitol Police at the newly installed Metal Detectors outside the chamber doors.

On the one hand, it’s a political stunt — one in keeping with those from members like Rep. Lauren Boebert, a pro-gun rights member of Congress who says she obtained a concealed carry permit from the District of Columbia Metropolitan Police Department. She has made her desire to carry her weapon on the House floor widely known, despite that being dubiously legal and definitely against House rules.

(The Associated Press has reported that no laws can stop any member of Congress from “maintaining firearms within the confines of his office” or from conveying “unloaded and securely wrapped” firearms on the grounds of the Capitol, but the legality of carrying weapons on the House floor is murky.)

But the dustup is also a distillation of the divisions in Congress, as lawmakers from both sides of the aisle reportedly worry colleagues like Boebert are endangering their lives.

Rep. Jared Huffman (D-CA) told the AP that lawmakers were carrying guns around the Capitol “all the time” and that someone “could have a loaded AK-47 sitting on their desk and no one would ever do anything about it.”

The problem at this point is not that no one is doing anything about it, but that many lawmakers do not feel beholden to participating in the security measures they require every other American to follow — even at their colleagues’ repeated entreaties.

Blodgett, newly appointed after the previous sergeant at arms resigned following last week’s violence, started his tenure by telling lawmakers that he would “ensure compliance with the Capitol Police Board regulations concerning firearms” and other regulations in order “to provide a safe and secure environment in which to conduct legislative business.”

Blodgett’s memo implemented new restrictions on House members’ ability to enter the floor freely. Several Republicans reportedly got into verbal altercations with Capitol Police, many vented their frustrations to reporters, and others simply ignored the beeping metal detectors, walking right through despite setting off the alarms, according to HuffPost’s Matt Fuller.

Rep. Van Taylor is in front of me as I’m trying to go in to vote, refusing to pass through a metal detector and arguing with U.S. Capitol Police officers about it

Rep. Don Beyer (D-VA) took to Twitter to express his irritation with his colleagues: “Do these people not understand that literally everyone else has to go through metal detectors to get in here? Average people do not get to bring guns into the United States Capitol in normal times. Get over yourselves.”

While anyone entering the Capitol is required to undergo security screening, as Roll Call reports, typically “lawmakers bypass those perimeter checkpoints, stepping around the machines and usually giving a wave to the Capitol Police officers at their station.” As Rep. Rashida Tlaib (D-MI) has pointed out, it’s a tad hypocritical for members of Congress to exempt themselves from the security theater they’ve subjected all Americans to — including K-12 students.

Just had to go through a metal detector before entering the House floor. Some colleagues are frustrated (guess which ones) by this requirement. Now they know how HS students in my district feel. Suck it up buttercups. Y’all brought this on yourselves.

Republicans gave many reasons for their opposition to the magnetometers. One complained that they were being treated “like criminals,” calling the security measures evidence of “Pelosi’s communist America.” Others seemed to be agitated simply by the suggestion that they could be required to submit to external authority. As CNN’s Manu Raju tweeted, Reps. Markwayne Mullin and Steve Womack shouted “I was physically restrained” and “They cannot stop me,” respectively as if they had not received the memo warning them of what could occur.

Rep. Steve Scalise, the second-highest-ranking Republican in the House, objected to the measures on an efficiency basis, saying “it impedes the ability of members to come and vote.”

Others were angry at not being consulted before the new rules were implemented, and some complained these types of security measures wouldn’t have been useful at deterring a violent mob descending on the building.

But recent reporting has indicated that members of Congress may have been more directly involved in last Wednesday’s events than was previously known — including, as Rep. Mikie Sherrill (D-NJ) has claimed, having led reconnaissance tours on January 5 to would-be stormers. If direct involvement by elected officials is proved, it would be hard for Republican leadership to protest the inclusion of Congress members in enhanced security measures.

“I thought I was going to die”: Democrats say they fear some Republican colleagues

The political showmanship around metal detectors is happening as Democratic members express fear that their colleagues might put them in physical danger on multiple fronts. It goes beyond the politics of gun-free zones and strikes at the heart of the rupturing of relations right as political polarization reaches a fever pitch.

During the insurrection, Boebert tweeted that House Speaker Nancy Pelosi had been removed from the chambers, something that has been interpreted to have been broadcasting Pelosi’s whereabouts during a moment of danger. (Boebert claimed that C-SPAN had already broadcast the information.) Sen. Brian Schatz (D-HI) noted in a retweet of Boebert’s revelation, however, that lawmakers “were specifically instructed by those protecting us not to tell anyone, including our family, where exactly we were, for reasons that remain obvious.”

It would be good to know whether @laurenboebert was trying to get @SpeakerPelosi killed here. https://t.co/fw0WW9vIyM

In recent days, Democrats have begun revealing the fear that their Republican colleagues went beyond inciting others to take illegal action to having aided and abetted in specific illegal activity that nearly led to bodily harm for several members of Congress and did lead to the deaths of at least five people.

In an Instagram Live, Rep. Alexandria Ocasio-Cortez (D-NY) revealed that during the January 6 attack that she believed “white supremacist members of Congress” might tell the mob her location and she was worried that some might even “create opportunities to allow me to be hurt [or] kidnapped.”

On Facebook Live, Sherrill accused unnamed members of Congress of leading groups on “reconnaissance” tours through the Capitol the day before the same groups of people stormed the building. It’s unclear what Sherrill means by reconnaissance, since tours of the Capitol led by congressional offices are relatively common, but she promised that she would hold these offenders “accountable.”

Rep. Ayanna Pressley’s (D-MA) chief of staff told the Boston Globe that all of the panic buttons in her office had been “torn out.”

These allegations have yet to be substantiated by investigators, but as US Attorney Michael Sherwin grimly foreshadowed on Tuesday: “People are going to be shocked by some of the egregious contact that happened in the Capitol.”

Regardless, it’s noteworthy that Congress has reached a point where Democratic lawmakers think some of their GOP colleagues could callously endanger their lives. And it’s not coming out of nowhere.

Another new security measure is implementing fines for failing to wear masks. Republican members reportedly refused to wear masks during Wednesday’s attack, and since then, five members have tested positive for Covid-19. According to Punchbowl News, among others, Reps. Marjorie Taylor Greene, Andy Biggs, Scott Perry, Michael Cloud, and Markwayne Mullin all refused to wear face coverings even when offered supplies.

As Vox’s Sean Collins has reported, Reps. Pramila Jayapal and Bonnie Watson Coleman pointed to Republican recalcitrance around masks when they announced their respective Covid-19 infections.

The fear coursing through the Capitol is certainly a flashpoint, but it’s not unprecedented in American history. As the New Republic reported, Yale historian Joanne B. Freeman found that in the 30 years prior to the outbreak of the Civil War, members in Congress “engaged in at least 80 acts of physical violence,” including fighting on the House floor and firing shots in Congress.

That’s not much comfort — the violence described resulted in the rupturing of the republic and America’s deadliest war.

How do All in the Family and The Jeffersons translate to 2019? Surprisingly well.
Chris Christie leaves the hospital after a week of Covid-19 treatment
France reports the first coronavirus death outside of Asia
Biden and Trump say they won’t attend the next debate
Will the government shutdown affect tax refunds and returns? Maybe not.
Pope Francis endorses same-sex civil unions