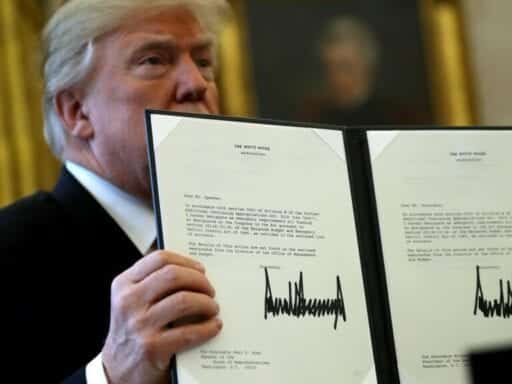 Patriotic Millionaires plans to endorse candidates running against Republicans who voted for the tax bill.

A group of millionaires dedicated to decreasing the influence of money in politics is planning to endorse candidates for the first time, in the 2018 midterm elections.

The only requirements: The candidates it backs have to be running against an incumbent who voted for the Republican tax cuts, and they’ve got to be able to talk about taxes in a way that doesn’t put voters to sleep.

“It’s like situational narcolepsy, the minute you start talking about the tax code, you’ve lost your audience,” said Erica Payne, progressive strategist and president of the Patriotic Millionaires, the group making the endorsements. “We’re looking for people who recognize the grand-scale theft that just happened and are looking to be aggressive fighters against that.”

The GOP thought the tax bill would be something they could run on, but it hasn’t really worked out that way. It’s not very popular with voters and, so far, it hasn’t gotten much attention in 2018 midterm campaigns.

Patriotic Millionaires is a group of about 200 wealthy Americans who advocate for less income inequality and against the concentration of wealth. It’s a bipartisan group, but it’s opposed to a central Republican idea: that benefits for the wealthy will eventually “trickle down” to the rest. That’s the thinking behind the 2017 tax cut bill, which reduced the corporate tax rate to 21 percent from 35 percent and disproportionately benefits businesses and the wealthy.

The group first came together in 2010 to oppose the extension of Bush-era tax cuts for millionaires. Since then, it’s expanded its focus beyond taxes to also include issues such as the minimum wage and campaign finance reform.

It has also expanded its membership to more than 200 people — to join, you have to have an annual income of more than $1 million or assets of more than $5 million. Morris Pearl, a former director at the investment firm BlackRock, chairs the group.

Up to now, most of the Patriotic Millionaires’ efforts were largely centered on media campaigns and letters to and meetings with lawmakers. But this year it’s endorsing candidates for the first time and encouraging them to speak out against the tax bill.

“We want to get more people talking about it,” Pearl told me. “If that’s part of the narrative, then there will be more of an impetus to deal with these inequality issues in the next Congress.”

Patriotic Millionaires is currently considering about 60 candidates for potential endorsement, most of which are Democrats opposing incumbent Republican lawmakers in the House of Representatives in competitive districts. The candidates on the list they’re looking at tend to fall into the more moderate, establishment camp, but some, such as Katie Porter in California and Kara Eastman in Nebraska, are avowed progressives.

The group is bipartisan and would therefore theoretically be willing to back a Republican who voted against the tax bill — there are 12 of them. I also asked if they were willing to back a democratic socialist candidate, to which Payne, the group’s president, replied that they will consider endorsing any candidate who is running against one of the lawmakers who voted to support the bill. “This tax bill is such a complete abomination that anybody who voted for it should be hurled from office,” she said.

Patriotic Millionaires expects to endorse a few dozen candidates during the 2018 midterms, most before Labor Day or soon after. They’ll launch a media push around the endorsements to encourage their members to support the campaigns selected and hold events in the districts where candidates are running in on the tax code.

Prior to the tax bill’s passage on a Republican-only vote in December 2017, the GOP thought it would be a winning issue in the midterms. That hasn’t really been the case.

Polls show that many Americans aren’t noticing the tax cuts in their paychecks, and the new tax law is actually becoming less popular over time. Wages aren’t rising significantly, while corporations and rich people are seeing major savings.

Republicans are struggling to sell the tax cuts, and many are turning to other messages, such as immigration, to motivate voters.

One veteran Republican strategist told me the tax bill has fizzled as an issue for the GOP to appeal to voters, though he wasn’t sure it would be a big winner for Democrats, either, especially over other issues, like health care.

“I think it’s going to be hard to take a big swing at us because I do think that people did see a tax cut, but I still think that’s not resonating as a top-of-mind issue for midterm voters,” the strategist, who asked to remain anonymous to speak freely about the matter, said. “Democrats quite possibly have better bullets to shoot at us, and frankly I think that our voters have moved on to other issues. It’s not as big of an issue as we thought it might have been in January or February of this year.”

Democrats have an opportunity to back into the health care debate via the tax bill because the legislation repealed Obamacare’s individual mandate.

“I think Democrats are going to look at the tax bill, but they’re going to look at, particularly, what it did to the Affordable Care Act and how it has caused a spike in premiums and fewer people receiving coverage. It really was a tool for Republicans to sabotage health care coverage for millions of Americans even more than they already have,” Doug Thornell, a Democratic strategist and former spokesperson at the Democratic Congressional Campaign Committee, told me. “When you combine the tax cuts that were given to the top 1 percent along with ways in which Republicans undermined health care in this country, you have a pretty potent message.”

The individual mandate’s repeal as part of the tax bill is part of the Patriotic Millionaires’ messaging, but it’s not a central feature.

Patriotic Millionaires wants to get people talking about taxes

“We think [taxes] are a winning issue for Democrats and for people running against it,” Pearl said.

To help candidates with messaging on the tax cuts, Patriotic Millionaires is launching Patriotic Millionaires University, a website that makes the case for running against the tax cuts and gives tips and resources on how to do it. It provides advice on how to curate and create content, make ads, and use social media to get a message out and lays out basic talking points and information about tax laws.

Payne is a veteran progressive strategist and founder of the Agenda Project, a nonprofit political organization. She is behind the infamous granny-over-a-cliff ad from 2011 that depicted a Paul Ryan lookalike pushing an elderly woman in a wheelchair off of a cliff to highlight his proposals to overhaul Medicare.

Patriotic Millionaires is also planning to launch a “university” website for citizens as part of a public education campaign. “We believe that if someone fully understands what this tax bill is and how it has rigged the economy against regular Americans, they will act in response to that information,” Payne said.

Ryan Williams, managing director at Republican consulting firm FP1 Strategies, said he thinks Republicans should welcome the opportunity to have a debate about taxes and said much of the problem is that President Donald Trump doesn’t seem to be able to stay on message.

“There’s nothing more that Republicans running for office would want to talk about than the success of the tax bill and the strong economy. Unfortunately, whenever there’s news, the president seems to lose focus on it and offer up a tweet, a statement, or an action that distracts from the economic issues, and that’s a problem,” he said, adding, “I would welcome a campaign over taxes.”

Pearl said he recognizes that not everyone agrees with the Patriotic Millionaires’ stance on taxes, but he thinks plenty of people are on their side. “We think political people are actually wrong in thinking this is bad for Wall Street. It doesn’t make a difference of what tax rates are in terms of how business is done,” he said. “Wealthy people are going to invest their money, and if they keep 80 percent of it or they keep only 70 percent of it, they’re still going to invest, because 70 percent of returns are a lot more than zero percent.”

Amazon’s looming challenge: Europe’s antitrust laws
Who could be appointed to replace John McCain in the Senate, and the process behind it, explained
How should billionaires spend their money to fight climate change? I asked 9 experts.
Trump: We did a “fantastic job” handling the Puerto Rico hurricane that killed 3,000
Teen Titans’ Starfire is an orange alien. Racist “fans” don’t want a black woman playing her.
The bizarre abortion order just handed down by the Supreme Court, briefly explained