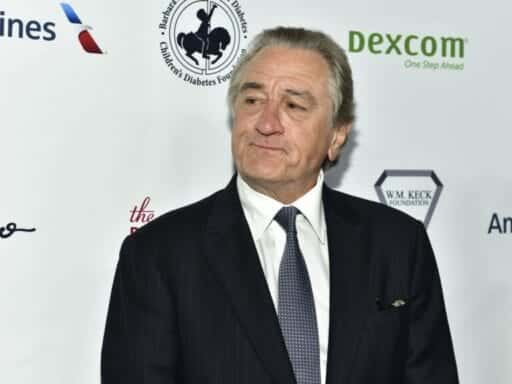 All the targets have been vocal Trump critics.

A trail of pipe bombs on the East Coast — and in one occasion, the West Coast — have targeted former presidents, administration officials, an actor and a billionaire, all tied in some way to the Democratic Party — and all proven critics of President Donald Trump.

Soros, a billionaire whose Open Society Foundation is one of the nation’s largest philanthropies, has also donated generously to Democrats. He has long been the target of right-leaning and anti-Semitic conspiracy theories. Most recently, Trump accused Soros of paying women to pretend to be the victims of sexual assault and protest Brett Kavanaugh’s nomination to the Supreme Court.

Brennan’s package was never delivered to him, as it was addressed to the CNN studio in Manhattan. Brennan does not work for CNN, but he frequently joins NBC and MSNBC as an analyst.

He doesn’t shy away from criticizing Trump: He told MSNBC’s Lawrence O’Donnell this August that Trump is “dangerous to our nation.” The White House later revoked Brennan’s security clearance.

Holder, whose bomb never reached him, hasn’t been as much of a target for Trump as other intended bomb recipients., but after Holder called for Democrats to “kick” Republicans in the midterms earlier this month, Trump called him a “lowlife” to the New York Post.

Under Obama, though, Holder was a frequent target of criticism by the Republican Party and right-wing media. This was in part due to the “Fast and Furious” scandal, which was covered extensively in right-wing media; it was also because Holder, a close personal friend of Obama, often made blunt comments about race and racism that the president himself could not. (Vox’s Dara Lind wrote more about this in 2015.)

Waters, a 14-term House member who represents California’s 43rd Congressional District, has clashed frequently with Trump this year — most recently this summer when she encouraged liberals to confront Republicans in public places. She’s ended up as something of a national face of the Democratic Party, and also a frequent target for Trump, who routinely refers to her in rallies and has criticized her in tweetstorms as a “low IQ person.”

De Niro has often been associated with the Democratic Party, supporting both Obama and Hillary Clinton during their candidacies. He’s also been a fierce Trump critic, calling him “blatantly stupid” during his presidential campaign.

At the 72nd Tony Awards held earlier this year, De Niro received a standing ovation when he once more denounced Trump. “I’m gonna say one thing. Fuck Trump. It’s no longer ‘down with Trump.’ It’s ‘fuck Trump.’” The president then retaliated on his Twitter feed, calling De Niro a “Low IQ individual” whom he believes to be “punch-drunk.”

As the former two-term vice president and a frequently rumored 2020 presidential candidate, Biden is one of the nation’s highest-profile Democrats. This March, Biden condemned Trump over his previous crude remarks about women, telling a crowd at the University of Miami: “They asked me would I like to debate this gentleman, and I said no. I said, ‘If we were in high school, I’d take him behind the gym and beat the hell out of him.”

In response to the event, Trump tweeted: “Crazy Joe Biden is trying to act like a tough guy. Actually, he is weak, both mentally and physically, and yet he threatens me, for the second time, with physical assault. He doesn’t know me, but he would go down fast and hard, crying all the way. Don’t threaten people Joe!”

The explosive device sent to the Obamas early Wednesday was successfully intercepted by the Secret Service before it reached them. The former president has long been a target of right-wing radicals, often receiving criticism from the current administration, too, over his policies.

The Clintons received a suspicious package at their home in upstate New York on Tuesday, which the Secret Service intercepted as well. The Clintons, like Soros, have long been the focus of right-wing conspiracy theories. While Hillary Clinton been relatively low-profile since the election, even now, when Trump mentions her name at rallies, his crowd of supporters starts to chant, “Lock her up!”