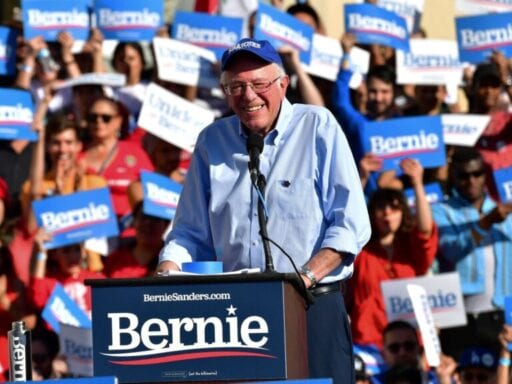 The conventional wisdom in American politics is that moderates like former Vice President Joe Biden are more “electable” than radical ones like Sens. Bernie Sanders or Elizabeth Warren. This theory, arguably bolstered by recent events in the UK, actually has a solid amount of political science research backing it up. Historically speaking, candidates on either party’s more extreme wing seem to pay a price for their views come Election Day.

But there’s reason to think that this has changed recently, at least in the United States. Over the past several decades, American politics has gotten much more polarized, transforming the way American politicians and voters approach politics at a deep level. A new paper suggests that this shift, together with several other changes, might have wiped out the extremism penalty.

The research, by Boise State University political scientist Stephen M. Utych, looked at data on House voting and ideology between 1980 and 2012. Using a metric of ideology that ranks candidates from both parties on a scale from zero (most centrist) to five (most radical), he put together a model that assessed the likelihood of a candidate winning an election in each election year in the sample dates.

The following chart shows the results. As you can see, candidates who rank a relatively extreme three on the ideology score have become increasingly likely to win over time while the success rates of uber-moderates (who rank a zero) have gone down pretty dramatically. By 2008, radicals are even with moderates — and, by 2012, maybe even a little more likely to win:

Given that polarization is asymmetric — Republicans have moved far more to the right than Democrats have moved left — you might think that this effect is driven primarily by one party. But that’s not what Utych found. It seems that both right-wingers and left-wingers have started doing better over the course of time:

It’s possible, then, that voters may not punish extremists like they used to.

What this research means

Before you throw out the conventional wisdom entirely, there are two very important caveats about Utych’s findings.

First, this is only one paper. Given the inherent difficulty in measuring complex social phenomena, it’s never a good idea to draw sweeping conclusions from a single piece of social science research — especially when there’s a fairly solid body of evidence in the opposite direction.

Second, even if Utych’s findings are replicated by other researchers, his data only concerns House elections. Other research has found that the extremism penalty is particularly strong in gubernatorial elections, and Utych’s research doesn’t really challenge that. Presidential elections are very hard to study with any degree of precision, and it’s not obvious whether voters behave more like they do in House elections or gubernatorial ones when it comes to the White House.

All that being said, there are reasons to believe that Utych’s findings are at least plausible on their face — and not just anecdotal ones like the individual victories of Tea Party and democratic socialist candidates.

The obvious one is polarization. More ideological parties leads to more ideological candidates winning office. Another important issue, one subtly distinct from polarization but deeply related to it, is what political scientists call “partisan sorting.”

This is the idea that, as the parties have gotten more ideological, voters have started to move into the party that best fits their underlying ideological beliefs. You used to have a healthy number of liberals voting Republican and some conservatives voting Democratic; now, that’s exceptionally rare. This sorting means that candidate are less likely to lose voters from their own party due to a perception of extremism — and less likely to win over voters from the opposite party due to a perception of moderation.

A fourth issue might be the rise of ideological primaries, like Rep. Alexandria Ocasio-Cortez’s challenge to Joe Crowley in 2018. Old guard moderates may be getting defeated by new upstarts better suited for their districts’ increasing liberalism or conservatism, meaning that more extreme candidates are doing better because they’re choosing the right districts to mount challenges. Geographic sorting likely makes this even easier.

“The most competitive districts for a party should be ‘outlier’ districts— those with a Republican (Democratic) advantage in the electorate but a moderate Democrat (Republican) serving as the representative,” Utych writes. “These districts are most ripe for partisan change and may attract more ideologically extreme candidates to replace the current ideologically moderate representatives.”

Utych’s research is not designed to test any of these theories. He doesn’t explain why it seems like extremists are doing better and moderates are doing worse; only that it really does seem like they are. If this effect applies to presidential elections as well as House ones — to be clear, that’s a big “if” — then maybe Democrats don’t need to be as cautious in their 2020 nomination choice as some pundits think.

Florida Legislature approves bill requiring former felons to pay fines and fees before voting
The 19 Democrats running for president, the next debate lineup, and everything else you should know ...
Study: Trump’s judicial appointees are more conservative than those of past Republican presidents
A coronavirus recession will mean more robots and fewer jobs
The debate around putting an end to all government shutdowns, explained
There are a lot of ways to “win” Iowa. Here’s what each candidate needs to do.