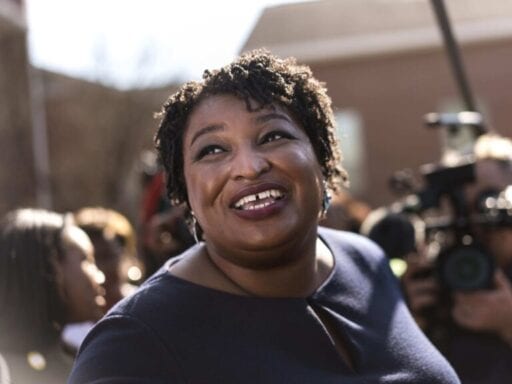 The coronavirus economic crisis is pushing cash transfers into the mainstream.

Government stimulus checks are on their way, but for many Americans who’ve lost their jobs or had their hours cut due to the coronavirus pandemic, they’re not coming fast enough. Around 22 million people are also trying to get unemployment insurance, but some can’t file their claims because the system is overwhelmed by demand. They’re struggling to afford basics like groceries, medication, and rent.

The project aims to send $1,000 cash transfers directly to 100,000 economically vulnerable families in the US. And it’s aiming to do this as fast as possible — within the next 100 days.

To pull this off, the project will need to raise $100 million. Of that amount, $55 million has already been secured from a diverse mix of funders: the usual tech sector heavyweights, like Google; traditional foundations, like the Charles and Lynn Schusterman Family Foundation; and television personalities like Stephen Colbert.

Project 100 grew out of work by GiveDirectly and Propel, which in March began giving out cash transfers to help vulnerable Americans through the crisis. The new campaign is a sign that the pandemic is pushing cash transfers — once considered a fringe idea — into the mainstream.

GiveDirectly is a charity with over a decade of experience distributing cash transfers to people in sub-Saharan Africa. Propel is a company that works on benefit delivery to food stamp recipients in the US. The two teamed up to give these recipients one-time payments of $1,000, and have so far helped nearly 5,000 families.

On April 14, Google announced a gift of $2 million — half from the company itself, half from CEO Sundar Pichai — to GiveDirectly and Propel’s Covid-19 effort, allowing them to reach many more families.

Now, the huge influx of new funding will allow the cash transfer campaign to scale up even more.

Should this be the government’s responsibility?

Some may question whether it should fall to philanthropic foundations and private donors to fill in the gaps this way; isn’t this the government’s job? But this is one of those times when philanthropy can step in with immediate aid while the government isn’t alleviating suffering fast enough. What’s good about this effort is that it opts for the method we know is best at easing suffering — give people cash — and involves an organization that has a proven record of effective giving.

“I think there’s no question that the bulk of what’s needed has to come from the government,” Joe Huston, managing director at GiveDirectly, told me. “But there’s a concern that the government response will be too slow or won’t reach all the people who need resources right now. Think of folks who haven’t filed their taxes lately or are unbanked. And even for the people it does reach, the need will far outstrip the $1,200 and the unemployment support.”

If you do the math around how many months people are likely going to be out of work, it does seem likely that the government response, when it comes, will fall short for the most vulnerable among us.

GiveDirectly and Propel have so far been using the Supplemental Nutrition Assistance Program (SNAP, better known as food stamps) to identify who the most vulnerable people are. It’s an imperfect proxy, though, since some people who are hit hard by the pandemic won’t necessarily be enrolled in SNAP.

“There’s always a tradeoff, with disaster relief and aid more broadly, between targeting need identification fidelity — how confident you can be that you’re reaching people in need — versus reaching the truly neediest or reaching everybody who’s needy,” Huston explained. “This was our fastest, most scalable path to reaching people who we know at least have substantial need.”

Moving forward, GiveDirectly plans to partner with the organization One Fair Wage, which is putting out an open application and leading a vetting process for service workers struggling with pandemic-induced joblessness. That way the charity will hopefully be able to reach people who are not on SNAP, including undocumented people.

The coronavirus is shining a spotlight on cash transfers

The idea that the most effective way to help people is to simply give them money — the fundamental premise behind universal basic income (UBI) — has long been popular among Silicon Valley’s tech philanthropists. Yang, a tech entrepreneur who promoted UBI on the Democratic debate stage, is part of this trend. So is Facebook CEO Mark Zuckerberg, another UBI proponent.

So it’s perhaps not surprising to see Yang throwing his support behind Project 100, or the Chan-Zuckerberg Initiative pouring funding into California’s new cash program for undocumented immigrants.

What’s remarkable about the current moment, though, is that it’s made cash into a relief method of choice for actors that have not rushed to embrace it in the past — from individual private donors to traditionally-minded foundations to government officials.

“There’s something unique about how central cash has been to people’s response to this crisis. It feels different from prior crises,” Huston said. “You’re seeing a ton of cash relief funds spin up, including people giving out cash themselves on Twitter. I haven’t seen a period like this where so many people from so many different types of philanthropy have started with cash transfers as a primary tool in their toolbox.”

There are a few reasons why this might be happening. For one, the pandemic constrains what type of aid is possible, because we can’t offer much help face-to-face anymore, Huston said. Plus, “in a crisis like this it’s hard to anticipate all the needs people will have and fill them one by one. The argument for cash is that it allows people to put the cash toward what they need most.”

Evidence from past cash programs shows that when people are given money, they typically put it to good use, spending it on essentials like food and utility bills.

Finally, many people are encountering the bureaucracy of the American safety net for the first time. They’re finding it deeply frustrating to have to make dozens or even hundreds of attempts to file benefits claims as unemployment offices are overwhelmed. They may be realizing that it could be simpler, and more humanizing, for money to simply show up in people’s bank accounts.