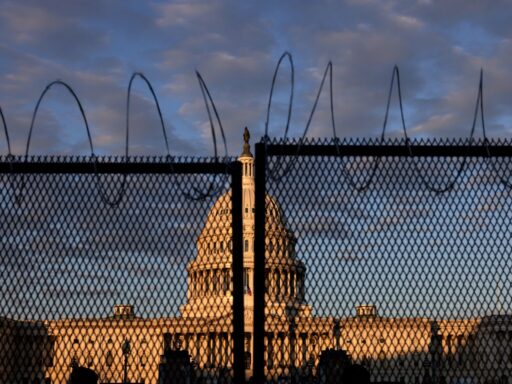 “Congress itself is the target on the 6th,” Capitol Police concluded in a January 3 memo.

US Capitol Police were aware of the potential for violence specifically targeting Congress on January 6, at least three days before pro-Trump insurgents overwhelmed USCP officers and stormed the US Capitol, according to a Friday scoop by the Washington Post.

A January 3 memo from the Capitol Police intelligence division, parts of which were obtained by the Post, highlights the threat of violence by supporters of President Donald Trump in striking detail — and only adds to confusion about how the attack occurred anyway.

According to the memo, “supporters of the current president see January 6, 2021” — the day Congress convened to certify President-elect Joe Biden’s Electoral College victory — “as the last opportunity to overturn the results of the presidential election.”

“This sense of desperation and disappointment may lead to more of an incentive to become violent,” the portion of the memo obtained by the Post continues. “Unlike previous post-election protests, the targets of the pro-Trump supporters are not necessarily the counter-protesters as they were previously, but rather Congress itself is the target on the 6th.”

The USCP memo also warned that the presence of “white supremacists, militia members, and others who actively promote violence, may lead to a significantly dangerous situation for law enforcement and the general public alike.”

As it turns out, that’s exactly what happened. Pro-Trump insurrectionists stormed the building — leaving five dead, including one Capitol Police officer, who was attacked with a fire extinguisher — and forced lawmakers and Vice President Mike Pence to evacuate, temporarily interrupting the certification process. (The certification was later completed in the early hours of Thursday morning after resuming Wednesday night.)

No members of Congress were harmed in the attack, but that may have had more to do with luck and quick thinking by Capitol Police than anything else. Some of the insurrectionists who made it to the Senate chamber were armed and carrying flex cuffs, and Trump supporters chanted “hang Mike Pence” and erected a gallows in front of the Capitol.

The reason I keep thinking about the gallows erected outside the Capitol is that it appeared to be *an actual gallows*, with a noose and a platform. And I truly wonder if this was intended for something more than just…symbolism. pic.twitter.com/QIAHvO69Ou

The memo from the Capitol Police’s intelligence division isn’t the only warning law enforcement agencies gave leading up to the violent events of January 6. On January 5 — just one day before the attack — an internal report produced by the FBI’s field office in Norfolk, Virginia, warned of online calls for “war.”

“Be ready to fight,” one unidentified poster wrote, according to the report, which was reviewed by the Washington Post. “Congress needs to hear glass breaking, doors being kicked in, and blood from their BLM and Pantifa slave soldiers being spilled. Get violent.”

According to Steven D’Antuono, who leads the FBI field office in Washington, DC, the report was shared widely, including with Capitol Police and DC’s Metropolitan Police Department. But then-chief of Capitol Police Steven Sund, who has since resigned, told the Washington Post, “I did not have that information, nor was that information taken into consideration in our security planning.”

The calls for violence described in the FBI report weren’t hard to find in the days before the January 6 attack, however. As NBC’s Ben Collins and Brandy Zadrozny reported before the attack, Trump supporters openly discussed insurrection on publicly accessible platforms like Parler and TheDonald.win ahead of January 6.

Parler has since gone offline. Amazon Web Services booted the conservative Twitter alternative from its cloud hosting service for its refusal to moderate content inciting violence.

Regardless of whether the FBI report was in fact shared with Capitol Police, Sund was privy to the Capitol Police intelligence assessment ahead of January 6, and he reportedly asked the sergeants at arms for both chambers of Congress to put National Guard forces on emergency standby.

Sund’s request was ultimately denied, and National Guard troops were slow to respond as the attack unfolded, due at least in part to restrictions imposed by the Pentagon, which were first reported by the Washington Post.

In addition to Sund, both sergeants at arms have resigned their positions over the attack.

A week and a half after Capitol attack, questions still abound

Particularly in light of the repeated warnings of potential violence ahead of the January 6 attack on the Capitol, many questions still linger, and lawmakers have called for an exhaustive investigation of what went wrong.

On Friday, inspectors general at multiple federal departments — Justice, Defense, Interior, and Homeland Security, according to the Washington Post — announced internal investigations into how officials prepared for January 6 and where failures occurred.

Four House committees have also opened an investigation into the attack. In a bipartisan letter requesting documents from US intelligence and counterterrorism officials Saturday, the top Democratic and Republican members of the House Intelligence, Oversight, Judiciary, and Homeland Security committees announced a plan to “conduct robust oversight to understand what warning signs may have been missed, determine whether there were systematic failures, and consider how best to address countering domestic violent extremism.”

JUST IN: House Intelligence Committee opens in investigation of the insurrection at the Capitol and other related threats.

And some members of Congress are looking inward: More than 30 representatives this week signed a letter, led by New Jersey Rep. Mikie Sherrill, requesting an investigation into whether people involved in the Capitol riot had been given tours of the Capitol the day before the attack.

Today I joined with more than 30 of my colleagues in requesting an investigation from the Acting House SAA, Acting Senate SAA, and USCP into the suspicious behavior and access given to visitors to the Capitol Complex on Jan. 5, 2021 – the day before the attacks on the Capitol. pic.twitter.com/zpPUSUuSrj

The letter comes after Sherrill, a Democrat and a former Navy helicopter pilot, suggested on a livestream that members of Congress may have “abetted” the attack.

Though Sherrill’s claim is as yet unproven, there’s reason to believe some representatives may have been in communication with the insurrectionists. Ali Alexander, the leader of the pro-Trump “Stop the Steal” group, told supporters before the attack that he, along with three Republican members of Congress — Reps. Andy Biggs, Mo Brooks, and Paul Gosar — “schemed up of putting maximum pressure on Congress while they were voting.”

According to the Washington Post, both Biggs and Brooks have denied any connection to Alexander.

If any lawmakers are found to have been involved, however, experts say they could face significant legal exposure. “I’d say those are potentially viable prosecutions,” one former federal prosecutor told Politico. “I’d say those guys should be worried.”

On Friday, House Speaker Nancy Pelosi also floated the possibility of criminal charges if members are found to have been involved.

“If, in fact, it is found that members of Congress were accomplices to this insurrection — if they aided and abetted the crime — there may have to be actions taken beyond the Congress, in terms of prosecution for that,” she said Friday.

In addition to the internal reckonings being made after the attack, an ongoing FBI investigation is sweeping up insurrectionists at a fast clip. More than 100 arrests have been made so far, as of Thursday, with more likely to come.

“We know who you are if you’re out there,” FBI Director Christopher Wray said Thursday, “and FBI agents are coming to find you.”

In SNL’s cold open, Trump lawyer Alan Dershowitz meets his biggest fan in hell
The Trump campaign spent months portraying Biden as senile. That might be a mistake.
Meghan McCain: Trump's rally line about her father is 'gross'
On Nomadland, the Oscars, and that Amazon question
Here’s the US military dog that helped take down ISIS leader Baghdadi
A new plan to get $1,000 to 100,000 families in the next 100 days