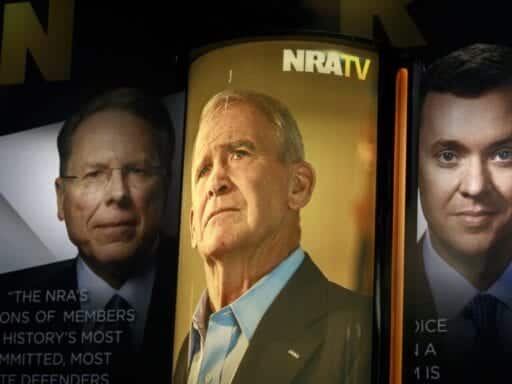 Some experts believe if the NRA loses its tax-exempt status, it will be forced to shut down.

Leaders of the National Rifle Association (NRA) traveled to Moscow using NRA funds, according to a new Senate report, raising the question of whether the organization broke laws governing nonprofit spending. If the association did in fact break those laws, it could lose its tax-exempt status — and according to a former IRS official, without its tax-exempt status, the NRA could be forced to shut down.

The report, which was compiled by Democrats on the Senate Finance Committee and released on Friday, investigates the relationship between NRA leadership and Russian nationals with Kremlin ties. Those nationals include Maria Butina, a 30-year-old Russian who was convicted last year for conspiring to act as a foreign agent. As Vox’s Andrew Prokop explained, her alleged goal was to “try to influence the Republican Party to be friendlier to Russia, by way of the NRA.”

Part of that relationship involved a 2015 trip to Russia during which Butina promised to introduce top NRA executives to powerful officials, and during which those executives were told they would be given opportunities to advance personal business interests.

The problem — aside from the fact that the NRA is accused of willingly establishing relationships with Russian nationals with close ties with the Kremlin — is that tax-exempt nonprofits aren’t allowed to use their funds for personal gain, as NPR has reported.

“This was an official trip undertaken so NRA insiders could get rich — a clear violation of the principle that tax-exempt resources should not be used for personal benefit,” Sen. Ron Wyden of Oregon, the top Democrat on the Senate Finance Committee, said in a statement to CNN.

Republicans on the committee disagree with Wyden’s assessment. In their rebuttal to the report, Republican senators brushed off concerns of any finances violations, saying that NRA leaders who went to Russia did so to promote their personal businesses, and that only they only “concluded [the trip] with an NRA-focused goodwill purpose.” This, the Republicans argue, is “entirely normal behavior.”

Convincing its critics the Republican members of the committee are correct is an important matter for the NRA, which depends on its tax-exempt status to survive, according to some experts, like Marc Owens, the former head of the IRS’s tax-exempt organizations division. In April, Owens told the New Yorker that should it lose that status, the organization might cease to exist.

The report details a plan by Butina and Russian government official Alexander Torshin (who is now sanctioned by the US) to bring NRA leaders to Moscow to meet with officials there. According to CNN, Butina promised the visit would bring business opportunities and a potential meeting with Russian President Vladimir Putin. In 2015, then NRA vice president Peter Brownell and other leaders accepted Butina’s offer; Brownell, who also owns a firearms business, was promised meetings with weapons companies that could benefit his own operations.

When the trip came under scrutiny, Brownwell and the NRA said the visit was an entirely personal one, made by NRA leaders, but not with NRA money. Brownwell’s lawyer also told the committee that the purpose of his client’s trip was strictly business and unrelated to the organization.

Despite these claims, however, the committee report maintains that the NRA was intimately involved during the trip preparation by creating “detailed itineraries, schedules, and briefing materials for the delegation, including former NRA President David Keene and then-Vice President Pete Brownell.” The report also stated that NRA funds were used to pay for some of the travel expenses. And then NRA president Allan Cors wrote to Torshin prior to the trip, promising that those chosen to attend would “represent the NRA and our five million members better than anyone else.”

Some of the money the NRA put into the trip was eventually paid back by Brownell, who sent the organization $17,000 in 2018 after concerns were floated about the visit. Still, the report maintains the NRA should have never paid anything for the trip, citing an email Brownell sent to employees at his company that stated the visit was “an opportunity to be hosted in Russia to broaden our business opportunities … to introduce our company to the governing individuals throughout Russia.”

Wyden has called on the IRS to investigate the NRA and its status as a tax-exempt organization in response to the findings of his team. But he isn’t the only one scrutinizing the group’s finances.

New York Attorney General Letitia James also opened an investigation into the organization’s nonprofit status back in April, following reports of financial mismanagement. The District of Columbia’s attorney general said his office launched a similar inquiry in July, sending subpoenas to the NRA and its charitable arms to collect “financial records, payments to vendors, and payments to officers and directors.”

Both attorneys general hope to better understand “large monetary transfers, executive compensation, and the awarding of certain contracts that financial experts said could have violated laws governing nonprofits,” as Gabriela Resto-Montero has explained for Vox.

The NRA has not been able to respond to these investigations — or the Senate Finance Committee’s work — from a place of strength. As Vox’s Jane Coaston has reported, the NRA is thought to be low on funds, its accounts drained by lobbying efforts, court battles, reduced membership numbers (according to transparency organization OpenSecrets, its rolls have shrunk by 21 percent since 2016), and lately, both federal and state-level investigations. All told, gun advocacy group The Trace estimates the NRA to be roughly $43 million in debt.

With its coffers in peril, the group has also recently faced turmoil in its leadership, as Coaston has explained: “In April, the NRA lost its president after just a year on the job after he was accused of attempting to extort the organization’s CEO. The group is also dealing with a complex and embarrassing legal battle against its own advertising firm.”

These issues have hurt the organization as it works to advance its legislative goals and to combat a rising tide of activists calling for new gun reforms following mass shootings. It has, however, continued its work, with CEO Wayne LaPierre meeting with President Donald Trump Friday to advocate for federal protections for gun owners. But should it lose its tax-exempt status — whether through an IRS investigation or due to the work of the attorneys general — the NRA could find itself without any agency at all.

A libertarian group is suing California for allegedly discriminating against men
The government is making it easier for “dark money” donors to go unnamed
A brief guide to Andrew Wheeler, Scott Pruitt’s replacement at the EPA
Trump’s new plan to tax Mexican imports, explained
WeWork might be worth just half of its former $47 billion valuation
Why meatpacking plants have become coronavirus hot spots