A suspect has been arrested in the pipe bombs case: what we know 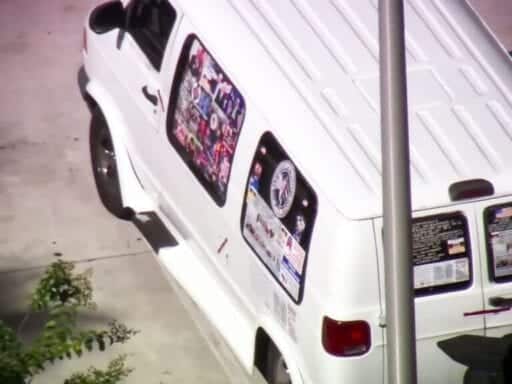 Cesar Altieri Sayoc Jr. of Florida could face up to 48 years in prison for mailing at least 13 package bombs to Trump critics.

Sayoc’s fingerprint was found on an envelope containing one of the bombs, and the investigation also found “a possible DNA connection,” FBI Director Christopher Wray said at a press conference Friday afternoon. Wray and other federal officials gave no indication that there might be other suspects or accomplices in the case.

Sayoc was arrested in Florida on Friday morning, after a week of suspicious packages containing homemade explosive devices put the nation edge. He’s been charged with five federal crimes, and faces up to 48 years in prison, if convicted.

No one was injured by the devices that Sayoc mailed to current and former officials, including President Barack Obama and former Secretary of State Hillary Clinton. But FBI Director Christopher Wray was adamant that the threat was real.

“Though we’re still analyzing the devices in our laboratory, these are not hoax devices,” Wray said, describing the bombs as consisting of PVC pipe, a small clock, a battery, wiring and potential explosive material.

Federal officials would not comment directly on the suspect’s motive, and whether he was inspired by political animus toward his targets. But Attorney General Jeff Sessions noted that he “appears to be a partisan.” Social media accounts that apparently belong to Sayoc contained graphic images and threats directed at some of the bombing targets, including former attorney general Eric Holder and former Vice President Joe Biden.

Sayoc has been apprehended, but in many ways the investigation into his attempted attack is just beginning to unfold. Here’s what we know so far.

Who is Cesar Altieri Sayoc Jr.?

Where the investigation stands

Why coronavirus scammers can send fake emails from real domains
The extraordinary therapeutic potential of psychedelic drugs, explained
The other infectious diseases spreading in the shadow of the pandemic
The Fox News strategy for saving Brett Kavanaugh
Barack Obama’s crucial insight into the crisis of American democracy
Immigrant kids crying audio played on House floor