A Texas Supreme Court decision could disenfranchise millions during the pandemic 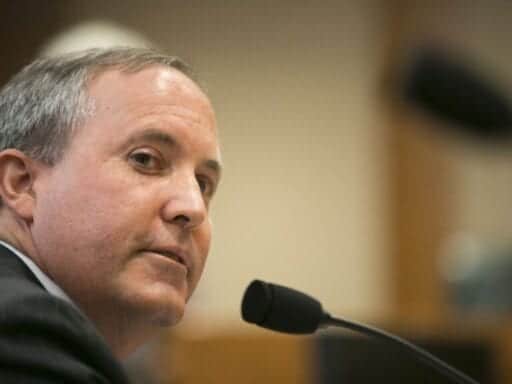 Voters under age 65 could potentially be disenfranchised.

The Texas Supreme Court, a body made up entirely of Republicans, handed down a decision Wednesday evening that could potentially disenfranchise millions of Texans if the coronavirus pandemic keeps voters at home come Election Day.

The case, In re State of Texas, involves an unusual state law that permits Texas voters to receive an absentee ballot merely by requesting one — but only if they are older than 65. For younger voters, the state imposes strict limits on voting by mail.

The overwhelming majority of states allow any lawful voter to obtain an absentee ballot without having to justify their request. Texas, by contrast, allows only a minority of voters to obtain one. One provision of state law allows elderly voters to vote absentee. Another permits absentee ballots if a voter will be away from their home county on Election Day. A third provides that “a qualified voter is eligible for early voting by mail if the voter has a sickness or physical condition that prevents the voter from appearing at the polling place on Election Day without a likelihood of needing personal assistance or of injuring the voter’s health” — a requirement that, according to the state Supreme Court’s decision in Texas, applies only to people who are ill or disabled.

In recent elections, older voters have tended to prefer Republican candidates over Democrats. Texas Attorney General Ken Paxton, a Republican, objected to the broader interpretation of the law. At one point, his office even threatened to bring criminal prosecutions against any organization that encourages younger voters to request an absentee ballot. The state Supreme Court’s nine Republican justices ultimately sided with Paxton, although two of the nine did so for different reasons.

The court’s decision in Texas will not be the last word on whether younger Texans may vote absentee in November. In a separate Texas lawsuit, a federal trial judge ruled last week that the state cannot discriminate against younger voters. Among other things, he determined that the Texas law violates the 26th Amendment, which permits all otherwise eligible voters over the age of 18 to cast a ballot.

But the federal decision has been appealed to the notoriously conservative US Court of Appeals for the Fifth Circuit and may ultimately be heard by a US Supreme Court that is frequently hostile to claims of voter suppression. So it is far from clear that younger Texans will be allowed to vote absentee.

Because the Texas Supreme Court acted quickly, its decision may wind up helping voting rights advocates

The thrust of Chief Justice Nathan Hecht’s majority opinion in Texas is that the state law allowing people with a “sickness or physical condition” to vote absentee applies only to individuals with a condition that sets them apart from the population as a whole. “A lack of immunity to Covid-19, though certainly physical,” Hecht writes, “is not an abnormal or distinguishing condition.”

That’s an entirely plausible reading of the Texas law — if an unfortunate one, given the stakes in this litigation. But while the ruling means that younger voters won’t find relief at the state level, the fact that the Texas Supreme Court decided Texas well in advance of the November election is somewhat good news for voting rights advocates. Had the court waited too long to hand down its decision, federal courts may have delayed their own decisions on Texas absentee voting until it was too late.

One issue in Texas Democratic Party v. Abbott, the federal lawsuit claiming that Texas’s law violates the 26th Amendment, concerns when, if ever, federal courts are allowed to decide whether the Texas law is unconstitutional.

In Railroad Commission of Texas v. Pullman Co. (1941), the US Supreme Court held that federal courts may abstain from hearing a case involving state law when the meaning of the law is currently being litigated in state court. In a separate decision, Purcell v. Gonzalez (2006), the Court warned that “orders affecting elections can themselves result in voter confusion and consequent incentive to remain away from the polls,” adding that “as an election draws closer, that risk will increase.”

The plaintiffs in Texas Democratic Party, in other words, were potentially in a bind. So long as the case was pending before the state’s highest court, Pullman might have prevented federal courts from striking down the Texas law. But if the state Supreme Court sat on the case for too long, Purcell might kick in and prevent federal courts from ruling on Texas Democratic Party before the November election rendered it moot.

Now that the Texas Supreme Court has ruled, however, Pullman should be off the table. That doesn’t mean that conservative judges on the Fifth Circuit or the US Supreme Court will be inclined to favor voting rights. But it does give them one less reason to rule against voting rights in Texas Democratic Party.