A Trump criminal probe in Georgia expands to include Sen. Lindsey Graham 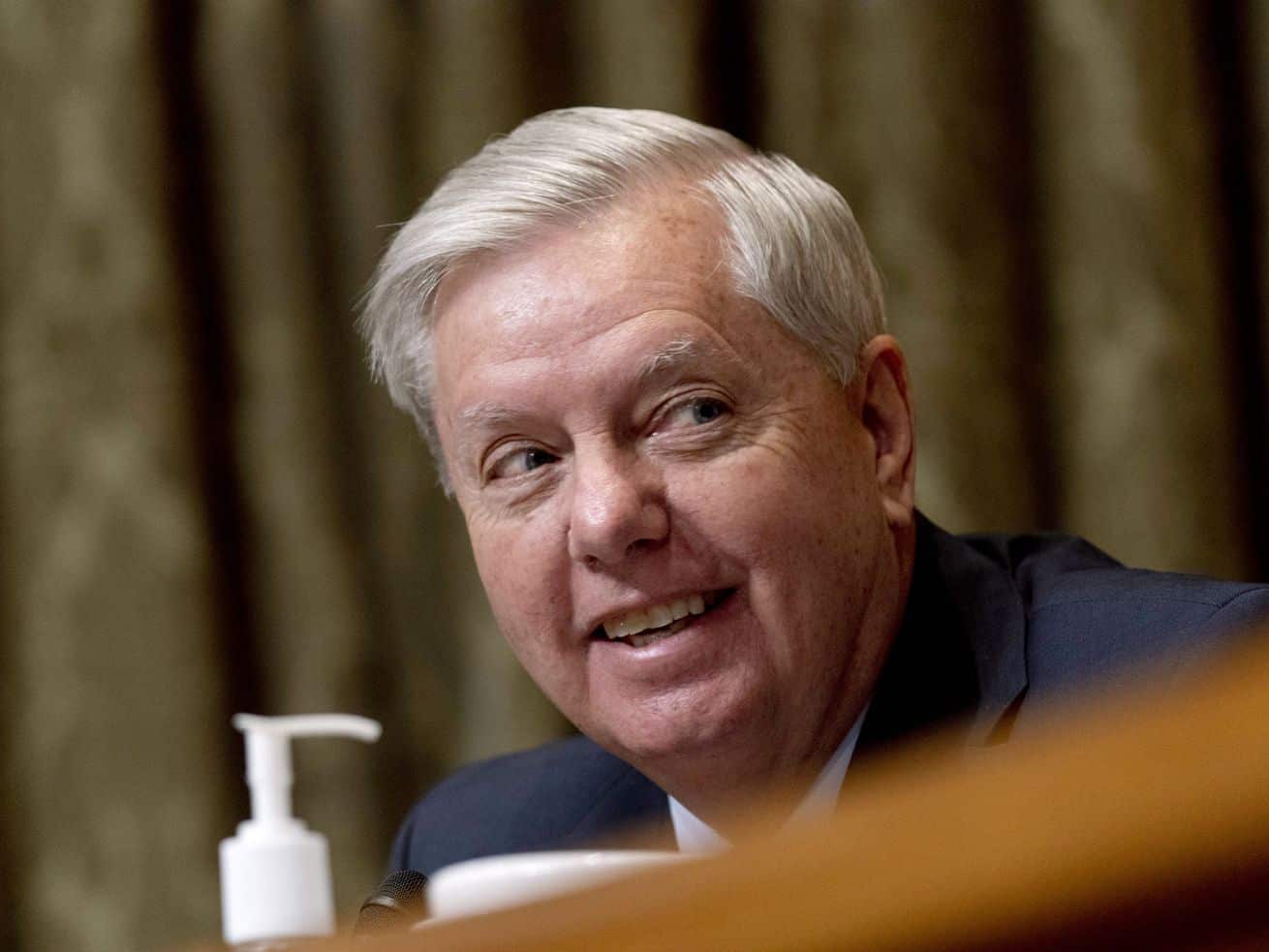 A Georgia district attorney is investigating whether Graham violated state law in a call with Secretary of State Brad Raffensperger.

In Georgia, a criminal investigation into former President Donald Trump’s post-election conduct is expanding to include close Trump ally Sen. Lindsey Graham, according to a Friday report by the Washington Post.

The investigation, which was opened by Fulton County District Attorney Fani Willis earlier this month, will probe whether Trump — and now Graham — violated state law in the course of Trump’s attempt to overturn the election results in Georgia following the 2020 presidential election.

According to Georgia Secretary of State Brad Raffensperger, Graham — a Republican from South Carolina — asked Raffensperger in November whether the secretary of state had the power to throw out all mail-in ballots in certain Georgia counties, a move that could potentially have tipped the state, and its 16 electoral votes, to Trump in the November election.

Raffensperger was reportedly “stunned” by Graham’s question and rejected the idea, which would have been beyond his power as secretary of state. After multiple recounts, President Joe Biden ultimately won Georgia by 11,779 votes, becoming the first Democratic presidential nominee to do so since Bill Clinton in 1992.

A spokesperson for Graham told the Post that Graham has done nothing wrong, and suggested that the investigation might be politically motivated.

“Sen. Graham was asking about how the signature verification process worked,” the spokesperson said. “He never asked the secretary of state to disqualify a ballot cast by anyone. The timing on this is also quite curious. It seems to be a less than transparent effort to marginalize anyone who helps President Trump.”

In that call, Trump explicitly asked Raffensperger to “find” enough votes to throw the election to him.

“I just want to find 11,780 votes, which is one more than we have,” Trump told Raffensperger, who was joined on the call by his department’s general counsel, Ryan Germany, and Deputy Secretary of State Jordan Fuchs.

Trump also repeatedly denied that he had lost the Georgia election and raised a number of discredited conspiracy theories.

“They are shredding ballots, in my opinion, based on what I’ve heard,” Trump told Raffensperger, according to a transcript of the call. “And they are removing machinery, and they’re moving it as fast as they can, both of which are criminal finds. And you can’t let it happen, and you are letting it happen.”

It’s unclear exactly how much legal jeopardy Trump and Graham are facing, but a Wednesday letter by Willis indicates that her investigation will take a broad look at possible criminal violations involving the Georgia election, including “the solicitation of election fraud, the making of false statements to state and local governmental bodies, conspiracy, racketeering, violation of oath of office, and any involvement in violence or threats related to the election’s administration.”

Neither Trump nor Graham are mentioned by name in the letter, but Willis has signaled that prosecutors will look into actions by both men. According to the New York Times, the investigation will also encompass election fraud conspiracies spread by Trump’s personal lawyer, Rudy Giuliani, as well as the ouster of Byung J. Pak, then the US Attorney for the Northern District of Georgia.

Pak was reportedly forced out of the job by the White House in early January for refusing to open an investigation into nonexistent election fraud.

According to Vox’s Ian Millhiser, it’s solicitation of election fraud that could prove the most worrisome for Trump. As he explained Wednesday:

So, to the extent that Trump tried to enlist Raffensperger, or anyone else, to tamper with the electoral results, he could face felony charges. Someone convicted of soliciting a felony in Georgia “shall be punished by imprisonment for not less than one nor more than three years” (although the penalty can be higher if they solicit a crime punishable by life in prison or by death).

Additionally, Georgia law makes it a crime to engage in “criminal solicitation to commit election fraud.”

In an interview with the New York Times, Willis also highlighted the possibility that racketeering, which is most often used to deal with organized crime, could come into play.

“If you have various overt acts for an illegal purpose, I think you can — you may — get there,” she said of potential racketeering charges.

Trump is in legal trouble from all directions

As the Fulton County probe underscores, Trump and Graham may already have succeeded in landing themselves in hot water in Georgia. But Trump’s potential legal exposure extends far beyond that, and encompasses issues other than the 2020 election.

That’s in addition to an existing probe from Vance’s office into possible insurance and bank fraud by the Trump Organization, according to the WSJ.

James, meanwhile, is looking into possible fraud connected to Trump’s Seven Springs estate in Westchester County, New York, as well as other properties. That investigation seeks to uncover whether Trump manipulated appraisals on the estate to secure a conservation tax break after plans to develop the land fell through, according to the New York Times.

At least one of Trump’s children, Eric Trump, has already been deposed in the case after his testimony was compelled by a judge last year.

As with Willis’s Georgia investigation, it’s unclear how much legal jeopardy the New York investigations could ultimately land Trump in — but now that he’s a private citizen again, he’s unquestionably more vulnerable to such action.

“In some of the investigations, the US Department of Justice even intervened, even though the matter was over Trump’s private actions,” WNYC’s Andrea Bernstein told NPR Friday. “But now Trump doesn’t have those extra tools. He’s just an ordinary citizen. So while he can and he is arguing that the investigations are politically motivated, he has to defend himself now like everyone else.”

Earwig and the Witch is Studio Ghibli’s first 3D animated film. It’s disappointingly subpar.
Want to fix policing? Start with a better 911 system.
Why fake dating is a great romantic trope, explained by To All the Boys I’ve Loved Before
Trump’s denial of his coronavirus failings will be “one of the biggest propaganda battles in America...
Israel and the UAE just struck a historic peace deal. It’s a big win for Trump.
Vox Sentences: The bad E in e-cigarettes