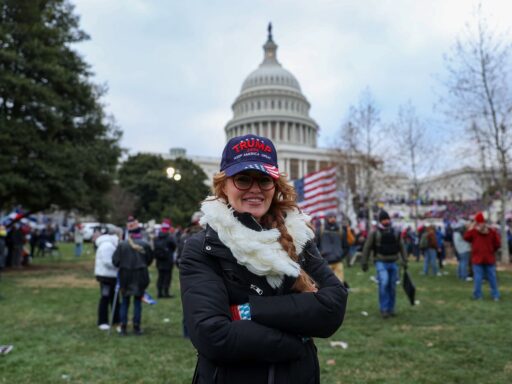 Listen to a self-described Trump supporter rethink her support in real time.

For the entire Trump presidency, the question skeptics of the administration kept asking was: what will be enough? What could make his supporters realize they’ve been had?

In that context, something remarkable happened on C-SPAN on Wednesday night, after a Trump-inspired mob stormed the Capitol and attempted to overturn the 2020 presidential election and keep Trump in office. At least one of the group storming the Capitol, Trump supporter Ashli Babbitt, was killed by an unknown shooter after she had made it inside the Capitol building.

On C-SPAN this evening, an apparent Trump supporter, calling herself “Tammy from Boise,” called in and wanted to know: was her president lying to her?

Keep in mind: C-SPAN cannot do live fact-checking of its callers, so there’s absolutely a possibility that “Tammy from Boise” is acting, not really a Trump supporter, etc. We also don’t know if she meant “I’m sorry” to refer to her Trump vote or her emotional state. (We’ll update if we learn more to confirm or disconfirm her call.)

But it’s a powerful moment regardless that encapsulates the degree to which the Trump administration has relied both on actively lying to its supporters (by telling them that the election was stolen — something he continued to do throughout the day) and on a kind of gamification of politics that flattens real consequences.

What snapped Tammy out, in her telling, was the realization that a real woman was shot and killed as she and other Trump supporters stormed the Capitol. Trump’s exaggerations were not merely harmless rhetoric; they directly got someone, a supporter of his, killed.

The Lost Year: Chronic pain, an unusual love story, and reassurance via pickle
Vox Sentences: Ebola is not slowing down
Trump’s Colorado rally featured an extended meltdown over 30 seconds of critical Fox News coverage
“I’m being forced to choose between my health and my job”: Georgia’s controversial reopening plan, e...
South Carolina Democratic debate: February 25, 2019
Pandemics are not wars