A US charity tries something new: letting poor kids choose their donors instead 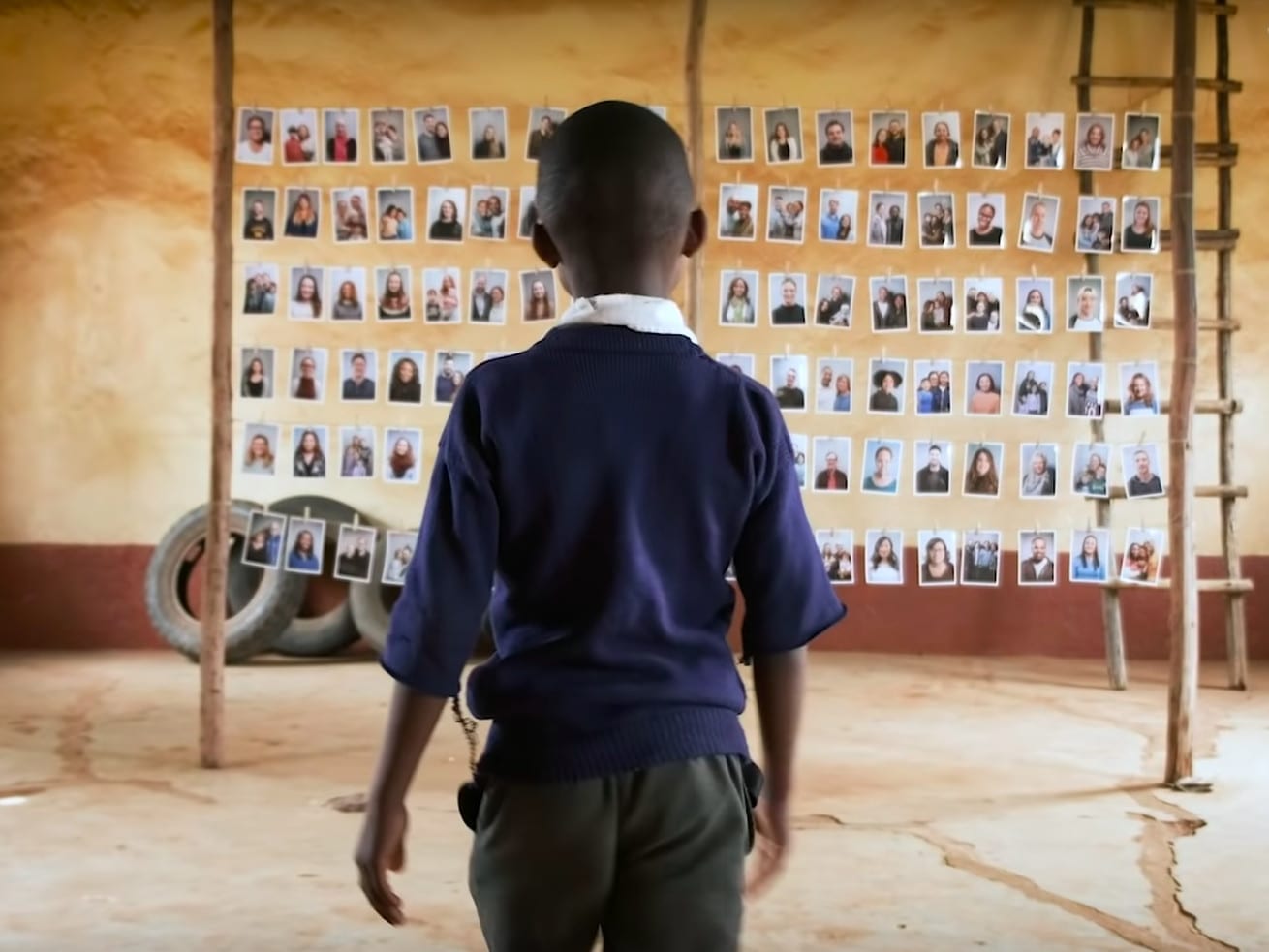 A boy in Mwala, Kenya looks at pictures of potential American sponsors in Chicago. | World Vision/YouTube

For decades, Western sponsors picked foreign kids to help. What if kids picked them instead?

World Vision, a Christian charity based in California, is one of the largest nonprofits working in global health and development, with more than $1 billion in annual revenues. The group raises money for children with a sponsorship model: Americans browse through folders filled with images of children in the communities World Vision wants to serve, and pick out a child to sponsor with monthly payments.

It’s a model that does extraordinarily well at one important thing — getting wealthy Americans, who often don’t think much about addressing poverty overseas, to commit to giving to some of the world’s poorest people. World Vision has moved a lot of money to areas where people experience extreme poverty, and there’s no question that it has saved and improved many lives in doing so.

Now, they’re changing their model to give the kids more choice, too.

The change is a welcome corrective. For all the good World Vision does, something about its original model can feel troubling. Isn’t there something off about looking through pictures of people to pick one you want to help? Aren’t the power dynamics that haunt international charity particularly present here? Do the cuter children deserve sponsors more?

And then there’s the logistics. “Potential sponsors get to see photos of children around the world, and they choose someone, and the kid usually waits — for weeks, months, for years at some times,” Edgar Sandoval, World Vision’s US president, told me.

Waiting and hoping to be chosen is obviously a frustrating and, depending on the outcome, sometimes devastating experience for kids. And beyond that, much of the way we talk about charity, and fundraise for it, ends up positioning recipients as static, helpless, and uninvolved in their rescue by donors — objects of pity rather than partners.

So World Vision is trying something different. Under their new model, announced last week, people who’d like to sponsor a child take pictures of themselves. The pictures are then presented to children at a community-wide event, and the children select the people they want as a sponsor. The kids go home with a picture of the sponsors they’ve chosen, and the sponsors find out a short time later that a child has selected them.

It’s a delightful way of changing up how we think about international charity. It also seems to be working — that is, providing a satisfying experience for recipients while building new interest among donors.

The sponsorship model of charity, explained

Many charities run on a sponsorship model, where donors have the experience of assisting a specific child or specific family. It’s one way to combat a common problem that discourages donors from helping — the sense that charitable recipients are an enormous mass of strangers, in lots of need, and that their aid will be only a “drop in the bucket.”

Donating to a specific individual is usually less effective per-dollar than donating to the most impactful global health and development programs, which will use your money wherever it’s most needed. But it’s a lot more appealing to many donors. What to do? Charities have found different ways to balance effectiveness and donor appeal.

Some charities have setups that allow for a “sponsorship” approach where the donor customizes their giving, but the money might be spent otherwise if the charity encounters different needs on the ground. Heifer International, for example, lets you decide to purchase specifically one cow and one goat, but they note on their FAQ page: “When any animal fund becomes depleted and there is still a need, monies from any other animal fund can be used where needed most.”

Other charities say up front that they’ll use the money wherever it’s needed, but still try to provide visibility into the impact of donations. GiveDirectly, which does cash transfers to poor families, has a site where recipients can post live about what they’re doing with the money, which can create a sense of connection even though donors can’t pick a specific recipient.

World Vision’s model, too, is an attempt to blend the benefits of sponsorship — human connection, a personal relationship with someone around the globe, a sense of the direct and immediate importance of work to end global poverty — with an effort to ensure that the money goes where it’s most needed. While sponsors sponsor (and write to) a specific child, the money goes to a “plan of action” for the whole community created in partnership with local community leaders. (Sponsors have occasionally criticized World Vision because they believed their money went more directly to the child.)

Now, the new system is an additional twist on the classic sponsorship model, one that addresses some vexing questions about how charitable giving can avoid exacerbating power differentials or infantilizing recipients. In a press release, World Vision argued that the new model makes a huge difference to recipient experiences.

Guatemalan children from a village facing extreme poverty and violence arrived at a sponsorship event early, dressed in their best clothes hoping it would increase their chances of being sponsored. But as the party started and the children were informed that they would get to choose a sponsor, Tucson’s Rev. Mat Grover who was in Guatemala for this occasion saw something he will never forget: “Tears filled their eyes and their expressions changed from ‘pick me’ to genuine smiles,” he said. “These kids (…) suddenly found themselves at a place where their voices mattered; they had a choice.”

This method “acknowledges that kids do have the ability to start a relationship on their own terms and give them a choice,” Sandoval told me. “We’re hearing from our field staff that when a kid walks away with a photo of their sponsor, it makes that sponsorship very real.”

It also means that recipients don’t have to wait as long for the sponsorship relationship to start — US families who are selected will get a first letter from their sponsor a week later. And so far, donors in the US have responded with enthusiasm.

Charities raising money for international development face unenviable dilemmas. It’s their duty to raise as much money as they can and spend it as effectively as possible, but it’s also essential to recognize the agency, rights and dignity of recipients. World Vision’s new model strikes me as a step in the right direction — away from children waiting anxiously to be chosen, and toward donors recognizing their capacity to choose.