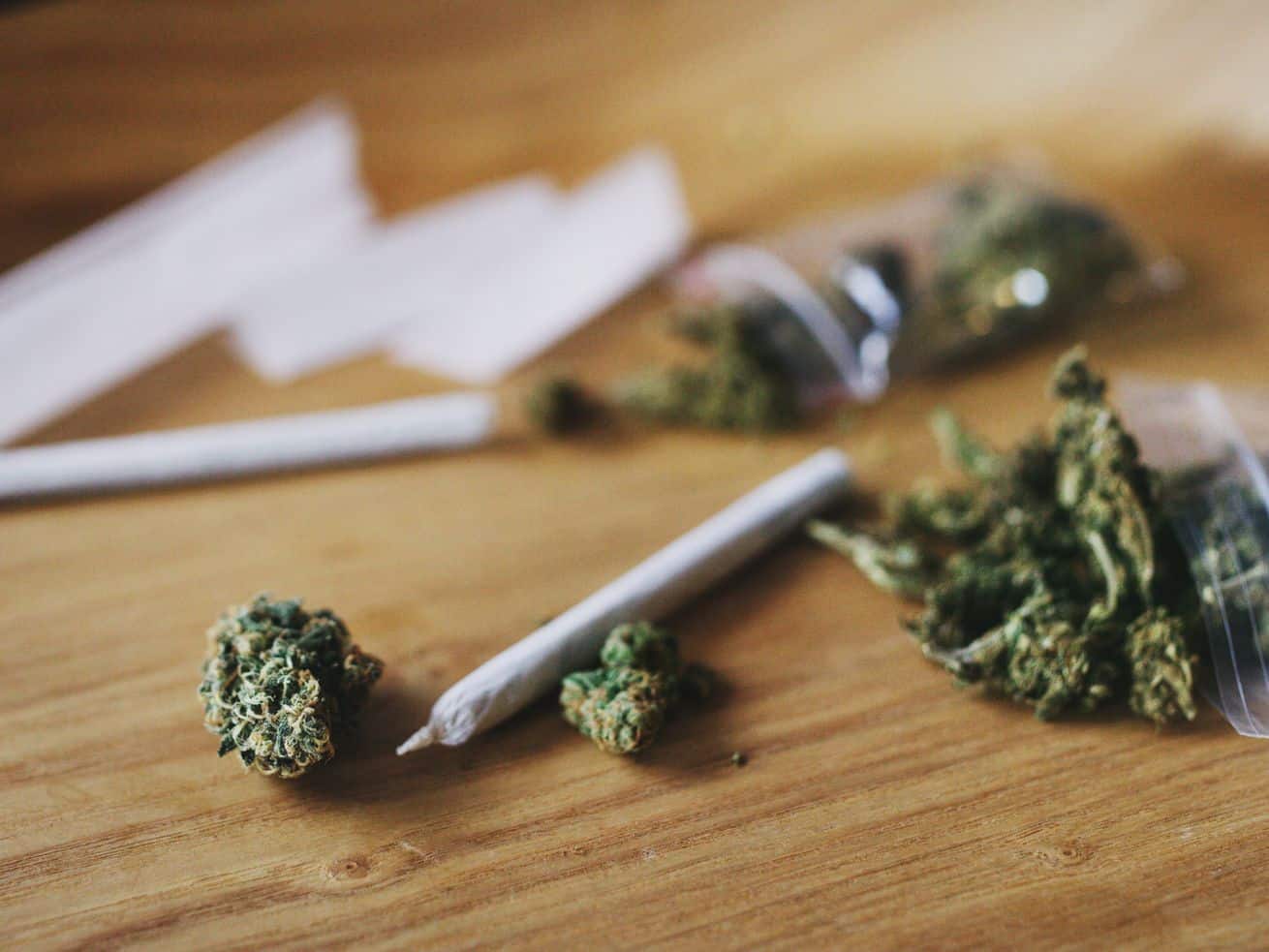 Weed dealers might have the opportunity to go legit. Should they?

Jeff, a weed dealer who’s been active in New York for six years, read the news during a morning bathroom trip. Suddenly, it was a brand new world. On April 30, Gov. Andrew Cuomo signed a bill that made the production, possession, and use of recreational cannabis legal in New York City. By 2022, the New York Times speculates, dispensaries will begin to propagate throughout the metro area, ushering in the downfall of one of the last major dominoes in prohibition. New York joins 22 other states that have fully authorized marijuana, and currently there are only six states — Idaho, Wyoming, Kansas, Tennessee, Alabama, and South Carolina — that maintain an outright ban on all CBD or THC commodities, medicinal or otherwise.

Jeff, who is being referred to by a pseudonym for this story to protect his privacy, knows that his job doesn’t carry nearly the same risks as some of his peers in the field. He is white, and tells me that law enforcement is far more likely to be lenient on him and his business than other dealers in more surveilled neighborhoods in the city. The American Civil Liberties Union reports that Black Americans are nearly four times as likely to be arrested on marijuana charges as white Americans. But the prohibition rollback still has Jeff, and many of his friends, considering all the anxieties and possibilities of the future. Could he go legit? Should he go legit?

Maybe he has a real chance to break ground on his very own cannabis delivery app or a brick-and-mortar emporium, and to reach a much higher economic ceiling in the process. Or maybe instead, a swath of moneyed investors will end up descending on the city to lobby the state assembly, and will dump a bureau’s worth of paperwork on top of the independent dealers. If the financialized weed sector slowly squeezes out the, uh, “mom-and-pop shops”? Everything could change.

Jeff learned everything about his business from his mother, who’s spent her career running a small wine retailer. She’s nurtured great relationships with vineyards and her clientele, while building a true community around her storefront. The same mindset can be easily applied to his work, Jeff tells me. Weed is an industry about people and connections, just as much as it’s about the product. We talked about how that system is threatened by private equity, the dysfunctionality of the underground trade, and how much longer he sees himself in the cannabis hustle.

So how long have you been selling weed?

I got into the game when I was 13 or 14, and I moved to New York in 2013. For the first year or two I wasn’t really dealing, but I got back in around 2015 for a number of different cannabis delivery services. But for the past few years, I’ve been working independently.

Was it hard breaking into the industry up here in New York?

In the city, you can get anything you want. The hardest thing for me up here is filling out your clientele. Anyone with five grand in their pocket can start dealing. It’s not hard to do. It’s about how you want to cultivate your business. But you can’t advertise yourself — not until recently, I guess, on Craigslist. But accessibility has never been an issue.

When the news broke, did you have a clear idea of what exactly was legal in the city? Weed legalization can be pretty confusing sometimes.

It’s changed a lot. They’ll put one thing on the docket, and people will hear all these rumors, and that’s not what ultimately passes. I don’t think the general public has easy access to that kind of information. I think that’s intentional, too. I don’t think the police department wants people to know all the rules. They like that gray area. But I encourage people to go on the NYPD website and read what you’re legally allowed to carry and where you’re allowed to smoke when the new law is passed.

From your conversation with other people in the business, what’s the consensus opinion about it?

It’s definitely long overdue. I have a lot of friends who’ve had bad encounters with the law. It depends on the cop you get, or the judge, and all sorts of factors. But if you’re dealing with strictly cannabis charges, it’s usually just a slap on the wrist. If you’re high enough up, you don’t worry about the legal ramifications as much. You have a lawyer or a retainer. A lot of these guys have been in the business for 20 or 30 years. They know what they’re doing. That isn’t the worry. Instead, people are talking about the capital. You have customers who are curious. They want to go into dispensaries and see the options. There’s a novelty of going into a brick-and-mortar location and purchasing something that’s been so taboo for so long. But I did that in California, and when I got back in the car, I was like, “How the hell did I spend that much money?”

A lot of my business partners, and the people I work with, we’ve developed our own customers. We’ve developed our own family and relationships with them. Think of restaurants — that’s how I like to compare it. In New York, you can have a block with five or six restaurants, and some make it and some don’t. How do you make it? What’s your niche, who’s your clientele? But the shops that are gonna open might be able to go for five or six years without making a profit because they have the investors that are willing to fund that. It’ll be huge for tourism, but I think if you live in New York, you’re gonna want deals, you’re gonna want to establish relationships, and you’re not going to want to go into a Circuit City-type dispensary.

Have you thought about ramping up your own advertising efforts? Would you be open to posting on Craigslist?

Personally, I’m not interested in expanding and taking on new clients. I’ve got a close-knit network, and a bit of a waiting list. It’s not something that I’m worried about. But I’ve given it a lot of thought. I know of 15 different delivery services operating in Brooklyn right now, and they all talk to each other because they like to source from the same growers. If someone runs out of a certain strain … again, back to my restaurant metaphor. If the restaurant across the street has their ice machine break, and they run over to you to borrow a couple buckets of ice, you’re not going to say no. It’s better business for you later on when your ice machine breaks. When I think about those guys trying to expand, all of the money is going to need to go into app design. You’ll need a team. And if you don’t have some serious investors backing you, you’re looking at a lot of money.

Could you see that for yourself? Now that prohibition is over, could you see yourself growing your business into an app-based, or even brick-and-mortar-based, legit business? Or are you happy with how things are now?

I’ve gotten into the dirty side of the business. It was an illegal infrastructure, so there’s no checks and balances. I’ve had guys steal $30,000 from me. I’ve been in debt. One business was using my credit line and said they weren’t paying the bill. What do you do? You’re not gonna call the cops. Now that things are becoming legal, there are still just as many ugly demons that will raise their heads.

In an ideal world, where I could put together my dream team of people, I’d give it a shot. But the way I’ve seen things go with these Fortune 500 companies, something toxic is going to get involved.

My mom runs a wine shop. She’s sold wine for 30 years. I base my entire business model on what she taught me. She worked with wine wholesalers for the first 15 years, and she made a lot of awesome connections with vineyard owners. With her own private enterprise and those connections, she was able to beat Costco or Total Wines or whatever. That’s what I’m going to be able to do. I’ve got an awesome clientele base, and connections to my growers. It’s a mom-and-pop shop. Let’s keep America authentic.

Do you expect to be in cannabis long term?

The world is all opportunity. I didn’t see myself staying in it this long. I use cannabis. I medicate for anxiety. As soon as I had access to cannabis and could smoke independently of the confines of what’s taboo, it really helped me a lot. I’ve made a lot of friends along the way. A good percentage of my customers are hospital patients or the elderly. It really does help a lot of people, and there’s not a lot of access to it — even medicinally. I never intend to stop helping those close to me. Eventually, I’d prefer to set up something that can stay in place and run itself. But at the end of the day, it’s a job. You retire. Everyone has an endgame in sight.