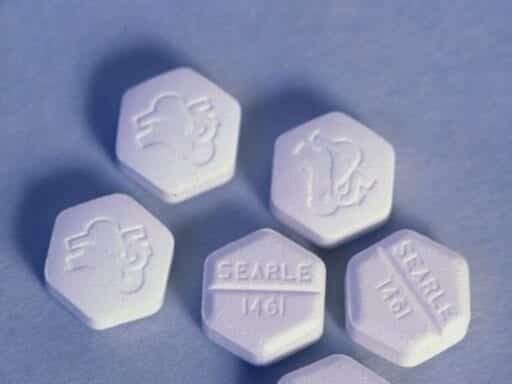 The medication used in self-managed abortions is safe for most women less than 10 weeks pregnant.

With the confirmation of Brett Kavanaugh to the Supreme Court, the future of Roe v. Wade is looking increasingly grim.

But even while the landmark law remains in place, the rollback of abortion access across the US is already well underway — and women who want to safely terminate their pregnancies face an increasing number of roadblocks.

Enter Aid Access, a new online service through which women can obtain medical abortion pills, mifepristone and misoprostol, to take at home. As first reported by the Atlantic’s Olga Khazan, Rebecca Gomperts, a Dutch physician and activist, launched the service six months ago in response to overwhelming US demand.

“I got an email from a woman who was living in a car with two kids,” Gomperts told Khazan. “Something had to be done.”

Aid Access offers what Gomperts’s other service, Women on Web, has been doing for years for women in other countries with restricted healthcare systems: a way to get a safe abortion. (She set up a separate US site because she feared powerful pro-life groups would try to shut her operation down.)

Although abortion is still legal in the US, self-managed abortions have been considered criminal in many states, and women have faced arrests, jail time, or police investigation.

“Many think it’s easy to get an abortion in the US, but it is not,” said Jill Adams, the strategy director for SIA Legal Team, a group of lawyers focused on self-managed abortions. “Resourceful people are looking for options to end a pregnancy that are safe, affordable, and fit their circumstances.” (Gomperts told the Atlantic she’s already filled 600 US prescriptions in the last 6 months.)

But the service also prompts three important questions. Are these abortion pills really safe? Are they legal, everywhere? And when should women who need an abortion turn to this service?

Getting an abortion by mail from Aid Access works like this: Women are screened through an online consultation about their pregnancy and health history. If they meet specific criteria — healthy, less than ten weeks pregnant, live within one hour of a hospital — Gomperts fills a prescription, and sends it to a pharmacy in India she knows and trusts.

The pills are then mailed from India to the woman’s home for a fee of $95 (though Aid Access says they’ll find ways to help women who can’t pay). And women can access real-time instructions and support if necessary.

The two medications Gomperts prescribes — mifepristone and misoprostol — work in combination by inducing a miscarriage early on in pregnancy. These drugs are standard in the US — approved by the Food and Drug Administration for use early in pregnancy — and around the world. They’re also considered essential medicines by the World Health Organization, meaning they’re supposed to be available to people in all functioning health systems at all times.

If taken before 10 weeks, mifepristone and misoprostol are between 92 to 98 percent effective. So failed abortion is rare when women use these drugs as directed, according to UptoDate, the physician’s evidence-based medicine resource.

Reproductive medicine experts in the US also consider these drugs reliable and routine. “First-trimester medication abortion with mifepristone and misoprostol is very safe,” Daniel Grossman, a professor in the department of obstetrics, gynecology, and reproductive sciences at UCSF, told Vox, “with serious complications occurring in less than 0.5 percent of patients.”

But this doesn’t mean any pregnant woman can take these drugs — or that the pills are risk-free. According to UptoDate, there are a number of groups who should avoid mifepristone and misoprostol, including women with ectopic pregnancies (or pregnancy that grows outside the womb, which can only be confirmed by getting medical imaging), women with an intrauterine device in place, and women who have chronic adrenal failure or who are on long-term corticosteroid therapy.

As with all medications, there are potential side effects: most commonly abdominal pain, excessive bleeding, and gastrointestinal discomfort. While more serious complications are rare, they do happen. These can include hemorrhage, infection, or fatal sepsis. (That’s why Gomperts will only administer the drugs to women who are near a hospital.)

With Gomperts’s service, there are additional safety questions. The pills women get through Aid Access come from a pharmacy based in India. That means US health regulators have no oversight, and there’s the risk of adulteration or improper dosing. (Grossman noted that researchers in the US ordered mifepristone and misoprostol online from India for a recent study, and found the mifepristone products contained the correct dose but some of the misoprostol tablets were “degraded and less potent than they should have been.”)

There’s also the risk that a woman has an ectopic pregnancy but doesn’t know about it. In these cases, the drugs won’t work.

But so far, the published data on Gomperts’s approach suggests it’s very sound. For one study, published in the British Medical Journal, Gomperts and other researchers analyzed the health outcomes of 1,000 women who used her services to perform an abortion at home in the Republic of Ireland and Northern Ireland between 2010 and 2012. Here are the main results:

Overall, 94.7% reported successfully ending their pregnancy without surgical intervention. Seven women reported receiving a blood transfusion, and 26 reported receiving antibiotics (route of administration (IV or oral) could not be determined). No deaths resulting from the intervention were reported by family, friends, the authorities, or the media. Ninety three women reported experiencing any symptom for which they were advised to seek medical advice, and, of these, 87 sought attention. None of the five women who did not seek medical attention reported experiencing an adverse outcome.

There are a couple of caveats with the paper, though: The data were self-reported, which means women may not have always accurately recounted their experiences. And the study may not reflect the full picture of women using the service.

Here’s why: In the time period the researchers looked at, 1,636 women received pills, and Gomperts only had follow-up information for 1,158 (or 71 percent). Of those, 1,023 confirmed using the medications, and follow-up information was available for 1,000. So the data is based on a subset who ordered abortion pills through Gomperts, and there’s a chance that if they had a fuller data set, the safety picture would change.

Are they legal? Yes and no — but arrests are rare

Still, as the government in the US tries to crack down on abortion access, services like Gomperts are going to be more and more important — even if they’re not always legal.

There are seven states that have criminal statutes that directly prohibit self-managed abortion. Abortion rights advocates have argued these are illegitimate and unconstitutional. Prosecutors in a few other states have interpreted their fetal harm and fetal homicide laws in ways that also restrict self-managed abortions.

“When a prosecutor decides they’re going to punish someone for ending their own pregnancy, what the law says is practically secondary,” SIA’s Adams said. And while the risk of police involvement is low, “anyone who buys pills from a foreign pharmacy could risk arrest, as US law does not permit the importation of prescription drugs except in very limited circumstances.”

That’s if women can obtain the drugs at all: When the FDA approved the drugs in 2000, the government mandated the medications must be handed out in a doctor’s office, clinic, or hospital and that they can’t be written on a prescription and dispensed at a pharmacy. “This is a barrier, since many doctors’ offices are not set up to stock medications like this,” Grossman said.

I asked Adams how often women have faced legal action in this country as a result of self-administering abortions. She said at least 21 people have been arrested — and some imprisoned — for ending their own pregnancy or helping another person do so. Every case was different, but most commonly, women were turned in by doctors after seeking medical care following a self-induced abortion, or by friends and family who knew about their plans. Adams thinks the total number of people arrested is likely much higher than the cases SIA knows about.

So that brings us to the final question: Should women who need an abortion turn to this new service? That’s clearly up to the individual, but it’s important to remember why women may be considering online abortion services: because we have an access problem. As long as that continues, or worsens, self-managed abortions, even by mail, are here to stay.