Actor Kirk Douglas has died at the age of 103 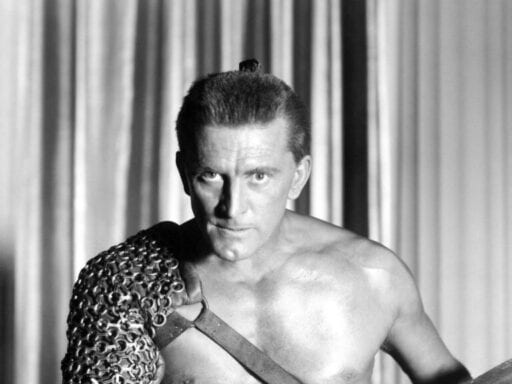 The Spartacus star and anti-Blacklist activist was one of the last living links to Hollywood’s Golden Age.

The venerable and celebrated actor Kirk Douglas, who starred in more than 80 movies and was nominated for three Oscars, has died. He was 103 years old.

Along with these roles, one of his most iconic and memorable performances was in Billy Wilder’s 1951 film Ace in the Hole, a film that today seems prophetic in its anticipation of how spectacle and scandal would one day drive media and news. Douglas played Chuck Tatum, an unscrupulous reporter looking to fight his way back into the spotlight by manipulating coverage of a man trapped in an Albuquerque, New Mexico, cave.

Douglas also starred in the 1963-64 Broadway production of One Flew Over the Cuckoo’s Nest, based on Ken Kesey’s 1962 film. He also optioned the play but never managed to make it into a movie. Eventually he gave the film rights to his eldest son, actor Michael Douglas, who produced the Miloš Forman-directed movie. It won Best Picture in 1976.

In addition to being one of the leading actors of his time, Douglas was an activist, particularly during the Hollywood Blacklist era. His company produced Spartacus, which was written by Dalton Trumbo, the screenwriter who, at the time, was blacklisted as one of the Hollywood Ten. In a daring move, Douglas publicly announced that Trumbo was the writer of the screenplay — until that time, blacklisted artists were forced to use pseudonyms — and on February 3, 1960, President John F. Kennedy crossed picket lines in order to see the film. These acts helped to bring an end to the blacklisting of artists suspected to be associated with the Communist party.

In more recent years, Douglas was also a controversial figure. Following his appearance at the Golden Globes in 2018, where he handed out an award alongside daughter-in-law Catherine Zeta-Jones, a number of commenters on Twitter noted that Douglas was accused by an anonymous blogger in 2012 of having raped actress Natalie Wood when she was 16.

In an Instagram post announcing his father’s death Wednesday, Michael Douglas reflected on the impact his father had both on his family and the world.

“Kirk’s life was well lived, and he leaves a legacy in film that will endure for generations to come, and a history as a renowned philanthropist who worked to aid the public and bring peace to the planet,” he wrote.

It is with tremendous sadness that my brothers and I announce that Kirk Douglas left us today at the age of 103. To the world he was a legend, an actor from the golden age of movies who lived well into his golden years, a humanitarian whose commitment to justice and the causes he believed in set a standard for all of us to aspire to. But to me and my brothers Joel and Peter he was simply Dad, to Catherine, a wonderful father-in-law, to his grandchildren and great grandchild their loving grandfather, and to his wife Anne, a wonderful husband. Kirk’s life was well lived, and he leaves a legacy in film that will endure for generations to come, and a history as a renowned philanthropist who worked to aid the public and bring peace to the planet. Let me end with the words I told him on his last birthday and which will always remain true. Dad- I love you so much and I am so proud to be your son. #KirkDouglas

New Trump administration rules on sexual assault could keep survivors silent
When is the first presidential debate? September 29.
Vox Sentences: 1,427 dead. Not 64.
The rape allegations against Philip Roth’s biographer are a damning condemnation of publishing
Cary Joji Fukunaga is directing the new James Bond movie. Here are 3 things to know about him.
Please don’t go to Hawaii on a “corona vacation” right now