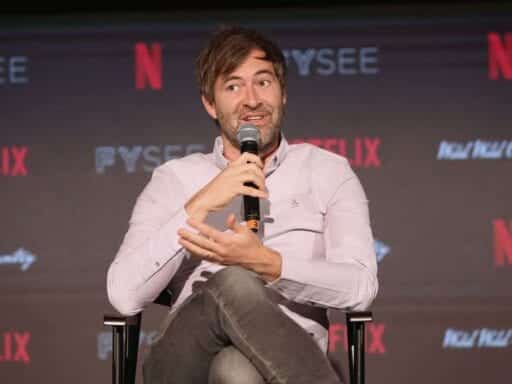 Here’s why Duplass was right to take back his praise.

The right-wing pundit and self-styled free-speech warrior Ben Shapiro is in the news again. It falls on me, sadly, to explain why.

The controversy began on Wednesday afternoon, when the actor and film producer Mark Duplass encouraged fellow liberals (in a now-deleted tweet) to follow Shapiro’s work to get a sense of what conservatives believe.

“Fellow liberals: If you are interested at all in ‘crossing the aisle’ you should consider following @benshapiro,” Duplass tweeted. “I don’t agree with him on much but he’s a genuine person who once helped me for no other reason than to be nice. He doesn’t bend the truth. His intentions are good.”

The tweet lead to a major social media backlash — Shapiro has a long history of saying offensive things — and an apology from Duplass. This, in turn, led to a backlash to the backlash, with conservatives and writers who frequently argue against “political correctness” claiming that the episode was proof of liberal intolerance.

In short, this isn’t just a controversy about an actor and a conservative provocateur. It’s about the Way We Talk today — and just where we draw the lines of acceptable political opinion and partisan disagreement.

Why Ben Shapiro is polarizing

Shapiro, the editor-in-chief and founder of the Daily Wire, has been opposing Trump since 2016 — garnering a level of mainstream respectability that led to the New York Times terming him “the cool kid’s philosopher.”

But he has a much longer history of saying reprehensible things. I’m not using “reprehensible” as a synonym for “conservative”; I’m talking about things that are frankly too offensive or too ignorant to be acceptable in polite company:

That’s hardly an exhaustive list. After being doing more research on Shapiro, Duplass decided to pen an apology, particularly focusing on Shapiro’s record on race and other identity issues:

This led to Shapiro throwing a pity party for himself on Twitter feed — blaming liberal groupthink on social media for Duplass’s denunciation and claiming the same problems would exist with “any conservative.” (I can’t recall every conservative in the United States calling for ethnic cleansing or suggesting that Trayvon Martin deserved to die, but maybe that’s just me.)

So in 24 hours I apparently went from being a person with good intentions to a racist sexist bigot. Twitter toxifies any attempt to cross the aisle. There’s no conservative Mark could have recommended who wouldn’t receive the same blowback. https://t.co/JEizw69eFH

Weinstein is part of the so-called “Intellectual Dark Web,” a group of online writers united by their skepticism of identity politics, political correctness, and what they see as an anti-intellectual left. This group includes Shapiro, and they know each other socially. So Weinstein rose to Shapiro’s defense, in a particularly revealing fashion:

Now, if those horrified by this will be so good as to send me all of the most outrageous things Ben has written in his long career, I will be happy to bring them up with Ben directly. I’ve already got the bad tweets about Trayvon Martin, Palestinians, transfer, etc..

What Weinstein did, unintentionally, is expose a whitewashing move that happens so often in anti- “free speech” and “political correctness” argumentation — making the issue not about the offensive speech itself, and what it says about the speaker, but the fact that people don’t like that speech in the first place.

Shapiro can’t unsay the things that he’s said in the past — things that, for the most part, he has not apologized for or recanted. So Weinstein simply demands immunity for them, claiming they part of a “red meat” act that shouldn’t be taken seriously. He’s arguing that the real Ben isn’t the sum total of his work, but rather the nice things he says to his liberal friends. We should try to reason away his beyond-the-pale opinions, when in fact they’re evidence he might not be a reasonable person.

You see a similar effect whenever one of the New York Times’ op-ed pages recent hires — I’m thinking of Bari Weiss and Bret Stephens specifically — writes something offensive or poorly thought out. You’re asked to look past the offensive work in question, like Stephens’s pieces denying climate change science, and try to have a reasonable conversation. The problem is that the so-called indiscretions are as characteristic of their work and worldview as their more reasonable sounding output — but pointing that out can be portrayed, by people like Weinstein, as evidence of intolerance, of refusing to listen to the other side.

Duplass seems to have concluded that a similarly complete look at Shapiro’s record reveals he isn’t exactly the person he presents himself to be when speaking to mainstream audiences — a thoughtful #NeverTrump conservative — but in fact is someone far cruder and crueler.

That seems like a reasonable assessment given the evidence. It’s telling that some so-called liberals disagree.

The Senate goes home for July Fourth recess as states wait on coronavirus stimulus
Report: 6-year-old separated from her mother was sexually abused in government custody
The totally wild, true tale of a meme about aliens that almost inspired a real raid on Area 51
Why Medicare-for-all works for Bernie Sanders — and nobody else
Americans have been shockingly good at getting their second Covid-19 shot
Russia’s Vladimir Putin just got one step closer to being president for life