Adults are finding new (and brutal) ways to enjoy Pokémon 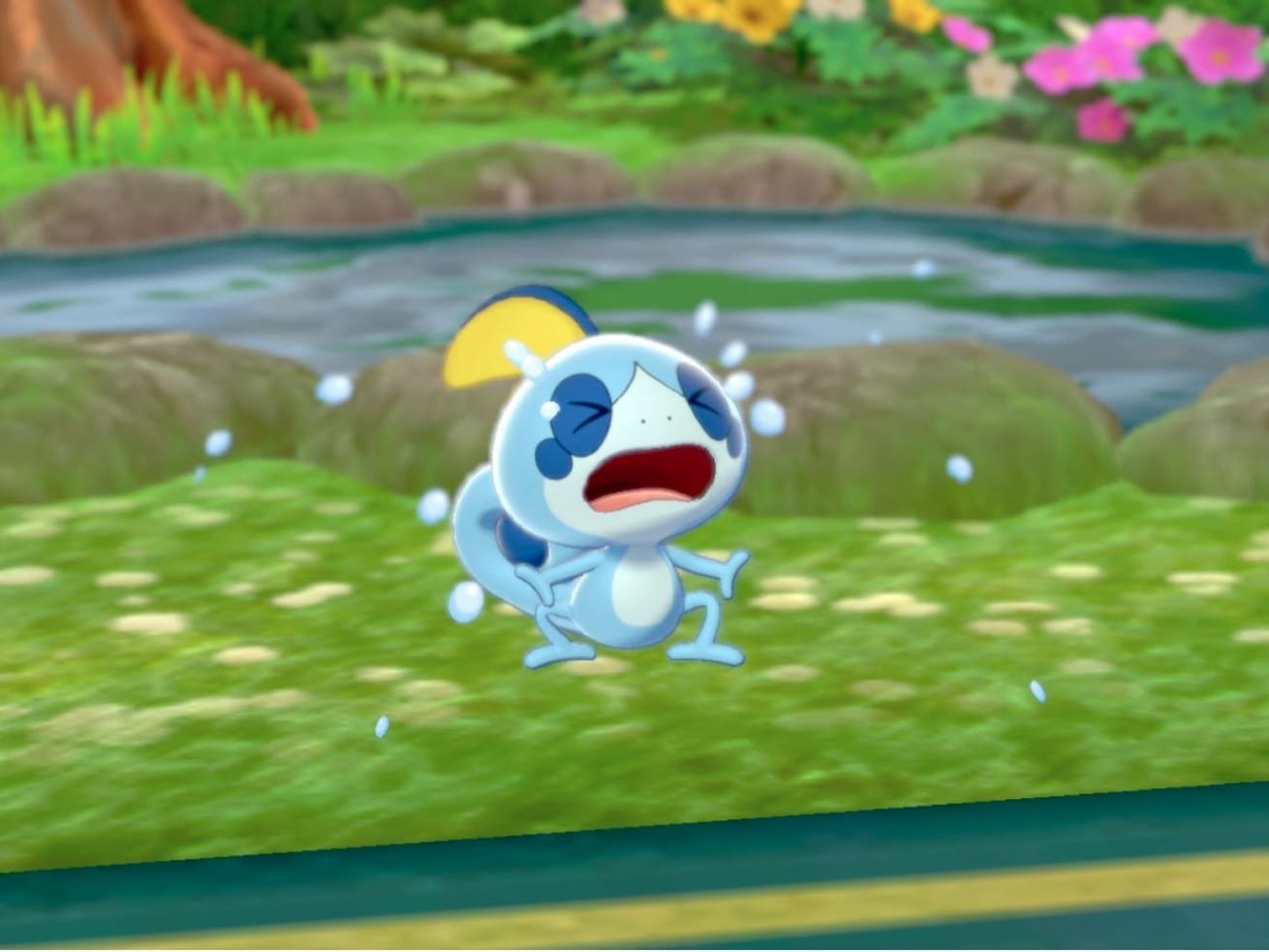 Share
Loading...
Sobble, a new creature from the latest Pokémon games, is crying in fear of this hardcore way to play. | Game Freak/Nintendo/The Pokémon Company

Old-school fans are reliving their favorite games from childhood with a punishing twist.

It’s been over 20 years since the first Pokémon games arrived, and kids who grew up with those games — and are now adults — remain fans today. But unlike similar kid-friendly franchises like Star Wars, which has attempted to age alongside its audience, Pokémon is still designed primarily with kids in mind.

That kids-first mentality hasn’t kept adult fans from sticking with Pokémon games, as evidenced by the massive, across-all-ages popularity of Pokémon Go, the mobile phone phenomenon that had people wandering the streets chasing virtual critters in 2016. But it is harder for grown ups to find satisfaction in completing games that are designed for 9-year-olds, in the way that Tic-Tac-Toe gets dull after a while. And so dedicated adult fans of Pokémon came up with a solution to make Pokémon games a bit more difficult to complete, and even a little bit heartbreaking: The Nuzlocke Challenge.

Almost every major Pokémon game works the same way: Players travel a wide-open map of a world similar to our own, collecting dozens of adorable pocket monsters — like the ever-present Pikachu. Those monsters battle other monsters, become stronger, and learn more offensive and defensive moves to aid them in battle. If they take too much damage, players’ Pokémon can faint, rendering them unable to fight. This is the worst possible thing that can happen to a Pokémon. They can’t die, and are easily revived via healing potions or by bringing them to a nearby Pokémon Center (the in-game version of a hospital). The goal is to become the best Pokémon master in the land, defeating every rival trainer.

There’s not much challenge in these games and very little in the way of stakes. Every battle makes players’ Pokémon slightly stronger until nothing really poses a threat. Kids get enjoyment out of simply building out their rosters — catching ‘em all, if you will — and conquering the various tests of strength held by other Pokémon trainers throughout the land. While Pokémon does have its share of drama, none of its action is a matter of life or death.

Some adults who remain fans of Pokémon games may find similar satisfaction as the kids, but for many, the lack of difficulty or greater purpose makes the games less interesting than what they remember playing as kids.

So one adult came up with a way to give Pokémon a much higher, more unique level of challenge.

Nick Franco is an artist based in Los Angeles. Back in 2010, he was studying at UC Santa Cruz, when he realized he had become bored with one of his favorite Pokémon games, Pokémon Ruby, which had been released seven years prior. To make things more interesting and recapture his love for the game, he imposed some rules on himself:

1. He could only collect the first Pokémon he encountered in each new area.

2. If a Pokémon fainted, he would consider it “dead” and release it back into the wild, never to be seen again.

Later, he added a third rule:

3. Every Pokémon caught must be given a unique nickname.

These three rules seem simple, but they fundamentally change the way Pokémon is played. Rather than encouraging him to amass an infinite selection of undying critters, these rules forced Franco to use a very limited supply of very mortal Pokémon. And because of the added nicknames, each narrow victory and shocking death of his select crew was far more emotionally powerful.

Franco documented his quest in webcomic that he originally called “Pokémon: Hard-Mode,” but fans started referring to his rules as the Nuzlocke Challenge. (The origins of the name are a bizarre amalgam of Nuzleaf, a small, leafy Pokémon, and the character John Locke from the television show Lost. Try not to get too hung up on the name; it makes very little sense to anyone, even fans.)

Franco’s rules have since become massively popular with older Pokémon fans, inspiring a number of players to perform their own Nuzlocke runs in various Pokémon games. The phenomenon has become a hit on YouTube, where aspiring players record and document their adventures, highlighting every devastating death of their named buddies. This all came as a pleasant surprise to Franco. “I was just trying to make someone laugh at stupid comic,” he told Vox in a phone interview. “I didn’t want to make some big thing.”

Jaiden Animations, a channel with more than 7 million subscribers, recently published a video called “I Attempted my First Pokemon Nuzlocke,” which perfectly captures the highs and lows of the challenge. The host of the channel, who goes by Jaiden, details her adventure from the beginning of the 2003 video game Pokémon Ruby, selecting the fiery chicken, Torchic, as her first companion monster and naming it Teriyaki. She’s later joined by the acorn-shaped Seedot, naming it Corn.

In a normal Pokémon run, Teriyaki the Torchic and Corn the Seedot would probably stick with Jaiden until the end of the adventure, getting progressively stronger. At some point maybe they’d accidentally faint after taking too much damage, but no biggie — they could just be revived.

But here’s what happened in Jaiden’s Nuzlocke run:

More than halfway through her adventure, she went out into the wild to train up her team and, as she says in her video, “the worst happened.” An unfortunate string of luck resulted in Corn (now an evolved Nuzleaf) dying to the racoon-like Zigzagoon’s Pin Missile attack. Jaiden actually includes her live audio from the moment it happened, and you can hear the desperation in her voice as Corn’s health quickly dissolves to nothing: “Wait, wait, no no no, no no no, stop, STOP! [voice crack] STOP! Corn!”

The Pokémon series has always been about forming lifelong bonds with the creatures you find. As a kid, it’s easy to make these connections. The first Pokémon game you play is so new that you become instantly attached to the first Pidgey (“Birdo”) or Rattata (“Mr. Rat”) that comes your way. Twenty years later, maybe you still have Pidgey wallpaper on your computer or a Rattata phone case. They can leave that much of a mark.

But when picking up a new Pokémon game (like the just-released Pokémon Sword and Shield), it’s hard to get that same rush. The same connection that you first felt to Birdo and Mr. Rat just isn’t there for the random new creatures you come across, like the ball-shaped sheep Wooloo. You’re an adult now, and you’ve seen hundreds of these critters over the years. What makes these new ones special?

The Nuzlocke Challenge is a way to revive that feeling by making these new connections as transient and capricious as life itself. The threat of losing them forever is enough to make an indelible mark on your soul. And 20 years down the road, maybe it’ll be Wooloo — permanently felled by an unexpected Earthquake attack in Dappled Grove — decorating your iPhone 38. I see no more fitting memorial.

Russ Frushtick is the senior editor and co-founder of Polygon. Before that he was a senior writer at MTV News. He’s written for the New York Times, the Verge, and Edge Magazine. He has also appeared as an industry analyst on networks like CNBC and the BBC.

The pandemic was great for Zoom. What happens when there’s a vaccine?
It’s official: Congress has formally recognized Joe Biden’s victory
At court deadline, more than half of separated migrant families have been reunited
The backlash against Michael Che and Colin Jost as Emmy hosts, explained
7 Senate Republicans convict Trump — making this impeachment vote the most bipartisan ever
This September, the Vox Book Club is reading Elif Batuman’s The Idiot