After a wild 8 years, Facebook’s former VP of communications is switching to venture capital investments 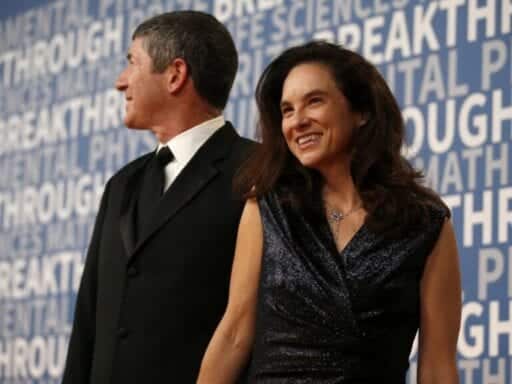 Caryn Marooney told Recode that her time at Facebook showed her “tech has real good and bad it brings to the world — and it’s important to look early at that.”

The move is a shift for Marooney, especially after having served as one of the top PR advisers to Facebook CEO and founder Mark Zuckerberg for eight years during some of the most tumultuous — and profitable — times in the company’s history.

Instead of staying in the tech comms world, Marooney is joining the New York-based hedge fund that has branched out to Silicon Valley with growth equity and now venture efforts. Coatue Ventures is also adding two other partners: Michael Gillroy, who is coming from the Canaan venture capital firm and will focus on financial tech; and Jamie McGurk, who was previously at Andreessen Horowitz and will build out platform services to portfolio companies in both the growth and venture funds.

While Coatue Ventures’ fund was only announced in late summer, its earlier growth fund has invested in companies like Snapchat, Spotify, Instacart, and Airtable and has tried to use data analytics to differentiate itself from competitors.

In an interview with Recode, Marooney said that she would focus more on enterprise companies, despite her long stint at what has been tech’s biggest consumer successes. In her earlier work as co-founder of Outcast Communications, she worked with Salesforce and VMWare and is a board member of Zendesk and Elastic. Marooney said that she still sees huge opportunity in the space.

“I wanted to work more directly with founders at an earlier stage and when I took a step back after Facebook, that’s what I realized I was passionate about,” she said. “I’ve seen it all.”

That’s an understatement, given she has ridden both the up and now downs at the social networking giant, which has come under increasing scrutiny for how it manages its massive and powerful platform. From disinformation to hate speech to anti-trust to privacy violations to Russian election interference, Marooney’s job had essentially required her to be Facebook’s chief fire putter-outer in recent years.

Considering her PR expertise, it’s no surprise that she did not want to trash her former bosses as she moves onto her new gig.

“I am eternally grateful for my time there and I learned so much from how to scale a company and a team, the importance of focus and amazing execution, and how to lead in good times and bad,” Marooney told Recode. “I also learned that tech has real good and bad it brings to the world — and it’s important to look early at that. Diversity is also not an afterthought. It’s something that helps a company build better products, attract great people. It’s a real competitive advantage.”

How a Chinese immigrant neighborhood is struggling amid coronavirus-related xenophobia
Jay Inslee, the climate candidate of 2020, is ending his campaign
Has Sweden found the best response to the coronavirus? Its death rate suggests it hasn’t.
Amber Guyger’s lawyers have taken the first step toward appealing her murder conviction
Newt Gingrich just revealed what the Kavanaugh fight was really about
Trump and Weinstein are both on trial. Only one is still considered too powerful to fail.