Air pollution is much more harmful than you know 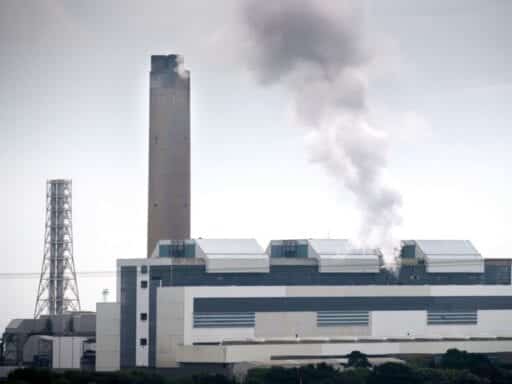 The Trump administration is making a bad problem worse.

Air pollution — mostly fine particulates, but also ozone and nitrous oxides — has risen in recent years, in part due to ongoing rollbacks of regulations relating to air pollution, leading to what a team of researchers at Carnegie Mellon estimate is nearly 10,000 extra deaths per year.

Policymakers in the Trump administration seem determined to continue down this course. On November 11, Lisa Friedman of the New York Times reported on a draft memo circulating among Environmental Protection Agency officials that, if enacted, would sharply limit the kinds of scientific studies the agency can use to consider the impact of air pollution. Yet there’s good reason to believe the EPA and other global public health agencies should be moving in the opposite direction and considering a wider range of studies about the harms of air pollution.

That’s because in addition to its impacts to lung and cardiovascular functioning, it seems increasingly clear that pollution has a significant effect on cognitive function over both the short and long term. A spate of studies released in recent years indicate that people work less efficiently and make more mistakes on higher-pollution days, and that long-term exposure to air pollution “ages” the brain and increases the odds of dementia.

These consequences are not nearly as dramatic as dying, of course. But they are spread across a huge swath of the population. And since cognitive function is linked to almost everything else in life, the implications are potentially enormous.

Many current EPA documents don’t mention the impact of air pollution on brain functioning, and landmark Obama-era regulatory efforts like the Clean Power Plan don’t cite cognitive benefits as part of their cost-benefit analysis. But a growing body of research indicates that the harms of air pollution are more wide-ranging and systematic than we’ve realized.

The new research on pollution and cognition

A wide range of studies about the impact of pollution on cognitive functioning have been published in recent years, showing impacts across a strikingly wide range of endeavors. Stripe CEO Patrick Collison has taken an interest in this subject and compiled much of the key research on his personal blog. Among the findings he’s highlighted include:

Questions can always be raised about the methodology of any individual study, and it’s unclear how well these findings will hold up in attempts at replication and further scrutiny. But the sheer breadth of the findings so far is impressive and clearly calls for, at a minimum, a much larger effort to systematically study the link between pollution and cognition.

Particulate pollution appears to have clear, detectable consequences in both the short and long term. The impacts are felt on children, on the elderly, and on working-age people. It shows up in both unskilled and skilled labor, as well as in highly specialized tasks that are as different as calling balls and strikes versus mapping out a chess strategy.

The implication is that phasing out gasoline and diesel-burning vehicles and reducing the burning of coal and natural gas in power plants could have wide-ranging benefits for labor productivity, school performance, and the long-term care needs of the elderly.

But current policy trends are moving in the opposite direction.

The Trump administration’s impulses toward lax regulation of pollution are multifaceted, but a particularly crucial issue is its desire to limit the kinds of scientific research that can be used as the basis for policy.

Some of this has been incredibly crude, like simply disbanding the scientific review panel that was intended to advise the EPA about particulate pollution. The Union of Concerned Scientists reconvened the group of outside experts who were dismissed and concluded that the current standards for acceptable particulate pollution are insufficient to protect Americans’ health.

But the administration is also proposing a formal rule change that, according to Michael Halpern, deputy director of the Center for Science and Democracy at the Union of Concerned Scientists, would “effectively force the agency to ignore thousands of scientific studies when responding to public health threats and setting pollution standards.”

The core issue is the innocuous-sounding idea of requiring that studies used in standard-setting are based on data that’s publicly available. For the sake of transparency, it would be wonderful to encourage researchers to make their information available whenever possible, of course. But it’s simply very difficult to assemble large-scale public health studies without accessing confidential medical records.

As currently written, the rule would apply retroactively to foundational scientific research such as the groundbreaking 1993 “Six Cities” study that originally established the link between fine particulates and premature death. Ruling out all such studies — and doing so retroactively — would effectively rule out most of the potential evidence of harm.

That’s bad enough on its own, but it’s especially egregious in light of the growing evidence that our existing regulatory standards actually ignore a major category of harms that impact the brain rather than the heart or the lungs.

The difference between the DNC and RNC, in one tweet
500 migrant kids have been reunited with their parents. Thousands are still caught in the system.
Trump’s catastrophic foreign policy weekend, explained
The new guilty plea in John Durham’s investigation, explained
The EU and UK have extended make-or-break Brexit talks — again
Not everyone is laying off workers because of coronavirus. These are the most in-demand jobs right n...