Airlines to Trump: we won’t help you separate migrant kids from parents 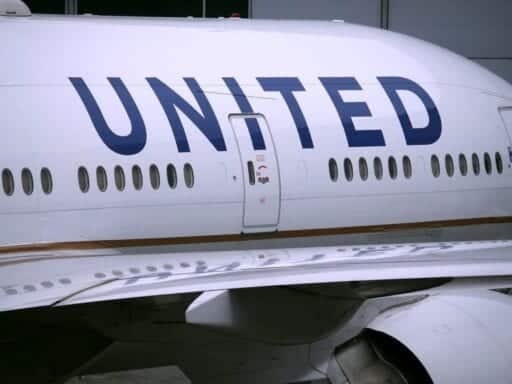 United, American, and Frontier say they won’t fly migrant kids separated from their parents at the border.

American, United, and Frontier airlines have told the Trump administration they won’t fly immigrant children who have been separated from their parents at the border.

American Airlines in a statement on Wednesday said the “family separation process” implemented by the government is “not at all aligned” with its values. “We bring families together, not apart,” the statement reads. The company said it provides travel to the federal government but has “no knowledge” of whether its flights have transported children separated from their parents due to the administration’s “zero tolerance” immigration policy.

“We have therefore requested the federal government to immediately refrain from using American for the purpose of transporting children who have been separated from their families due to the current immigration policy,” the statement said. “We have no desire to be associated with separating families, or worse, to profit from it. We have every expectation the government will comply with our request and we thank them for doing so.”

United Airlines subsequently released a similar statement from CEO Oscar Munoz, who said the airline had contacted federal officials “to inform them that they should not transport immigrant children on United aircraft who have been separated from their parents.”

Frontier prides itself on being a family airline and we will not knowingly allow our flights to be used to transport migrant children away from their families. At this time, we are not aware if Frontier has been used for this purpose.

United and Frontier, like American, said they were not aware of whether any separated children had traveled on their flights.

Activist Alida Garcia, the coalitions and policy director at the advocacy firm FWD.us, disputed United’s assertion on Twitter. She claimed to have been on a flight with five migrant boys on Tuesday.

I was on a @United flight yesterday w/ 5 migrant boys. United if you really want this to happen have someone at the McAllen airport monitoring your flights.https://t.co/hUj9Wm189F

United Airlines representatives did not return a request for comment on Garcia’s assertion.

Earlier this week, a Facebook post from a flight attendant claiming to be aboard a flight with 16 unaccompanied children going from Arizona to Miami went viral.

An account from an attendant aboard a flight transferring 16 unaccompanied children who were taken from their parents at the border. If you can read this without crying or feeling sick, unfollow me. pic.twitter.com/Z487f7I14s

A spokesperson for the Association of Flight Attendants-CWA, a union representing flight attendants, told the Arizona Republic that the post was authentic. The Republic reported that American Airlines was likely the airline involved; a spokeswoman told the publication that the company couldn’t “confirm the accuracy” of the flight attendant’s post.

This isn’t the first time this year the airline industry has come under political pressure over its clientele. In February, United and Delta were among the multiple companies to sever ties with the National Rifle Association after the Parkland, Florida, school shooting.

Delta is reaching out to the NRA to let them know we will be ending their contract for discounted rates through our group travel program. We will be requesting that the NRA remove our information from their website.

United is notifying the NRA that we will no longer offer a discounted rate to their annual meeting and we are asking that the NRA remove our information from their website.

Americans have come to expect more of corporate America when it comes to acting on political and social issues. As lawmakers have stumbled on addressing issues such as immigration, health care, gun control, and climate change, and consumers have become more expectant that companies will align with their values, business has become increasingly likely to react.

“When presented with government that is not responding to the desires of the citizenry, citizens are looking for other ways to change public policy,” Darren Walker, president of the Ford Foundation, a private philanthropy organization with a $13 billion endowment, told me earlier this year.

Announcements from airlines saying they won’t transport migrant children are the least these companies can do. And reports that they already might have transported separated kids show that even if they don’t mean to, they could end up doing it anyway.

President Trump on Wednesday signed an executive order putting an end to family separation that will instead have families held together in immigrant detention as their cases are being processed.

Vox Sentences: The Supreme Court decides not to decide on gerrymandering
Avenatti: Stormy Daniels' interview with Cohen prosecutors canceled
Report: Pentagon goes on offensive in cyber warfare
Arnold Schwarzenegger weighs in on partisan districts punt: 'It is a call to action'
The summer solstice is here: 6 things to know about the longest day of the year
Trump threatens to slap new tariffs on $200 billion in Chinese goods