Alcohol and carbs got America through election night 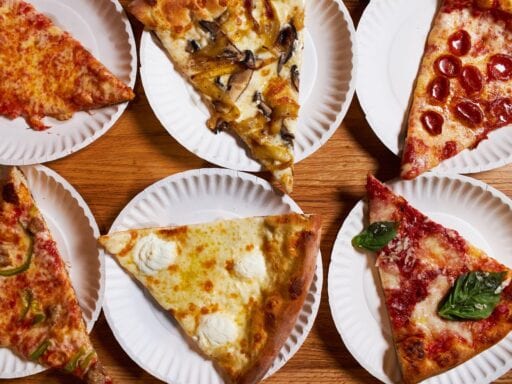 On Tuesday, November 3, Americans hunkered down at home and waited to hear the results of the 2020 election. While in years past, election night meant election parties, this year, the process has been fraught with an extra layer of tension, and due to the coronavirus pandemic, many people watched alone, or in small social bubbles.

Many have described themselves as having “election trauma” from the events of 2016. We knew we would likely not see a final result for days or weeks, but still we sat down in front of the television, waiting for something — anything — to happen. As we doomscrolled, we ordered delivery and drank ourselves through the night; searches for “fries near me” and “liquor store near me” reached record highs. Vox reached out to delivery services around the country to find out what Americans ate and drank on election night.

Most of Drizly’s election sales were of wine (42.38 percent) and liquor (40.84 percent). People had little interest in beer, which accounted for only 14.67 percent of sales (so far in 2020, beer has made up 19 percent of Drizly sales). Red wine was the most popular choice, comprising 45.88 percent of the wine Drizly sold on election night. White wine trailed behind at 25.98 percent, with 19.48 percent champagne and sparkling wines and a mere 5.49 percent rosé making up the remainder. In swing states, people preferred liquor over wine and beer, accounting for 45.84 percent of alcohol purchases (41 percent of Drizly sales in 2020 came from liquor, and wine is at 38 percent).

In New York City, sales spiked 110.41 percent, a figure only outdone by DC, which had a 132.57 percent increase in sales. In Boston, where a curfew is set to go into effect on November 6 due to the coronavirus, sales were 83.41 percent higher than the average of the previous four Tuesdays.

Comfort food carried us through

According to data from DoorDash, fried and carb-filled foods were popular on election night. The most ordered food was french fries, which is perhaps not a surprise, as they pair well with copious amounts of alcohol. In general on election night, people retreated to their basest instincts and ordered items like chicken fingers (#2), mozzarella sticks (#10), and hot fudge sundaes (#13). These foods are familiar classics from childhood that are easy to self-soothe with and panic-cry into.

In addition, it seems like cheese reigned supreme — many people ordered cheeseburgers (#3), chicken quesadillas (#4), nachos (#7), mac and cheese (#12), and cheesesteaks (#14). Orders of shareables like “margherita flatbread” and “cheese pizza” were up 825 percent and 80% percent, respectively, compared to the previous Tuesday. The gap between the two is, frankly, extremely funny; perhaps hosts thought a “flatbread” would be more impressive to serve guests?

On the sweet side, people indulged in baked goods like cinnamon rolls (#8) and apple pie (#9). Two milkshake flavors made it into the 20 most ordered items: chocolate (#11) and strawberry (#15).

With votes still being counted in several states, his election night is going to stretch into several election days and nights, so we can expect our diets to suffer in the weeks to come with numbers like these.

Harvey Weinstein has been sentenced to 23 years in prison
Wisconsin Republicans rebuff governor’s eleventh-hour bid to delay next week’s election
“Now is the time to act”: John Lewis calls for Trump’s impeachment
Robert Mueller: Roger Stone “remains a convicted felon, and rightly so.”
The killing of a journalist in Northern Ireland revives fears of the Troubles
House Democrats maintain united front as impeachment vote looms