Alexei Navalny is going to prison. Can his movement to depose Vladimir Putin survive? 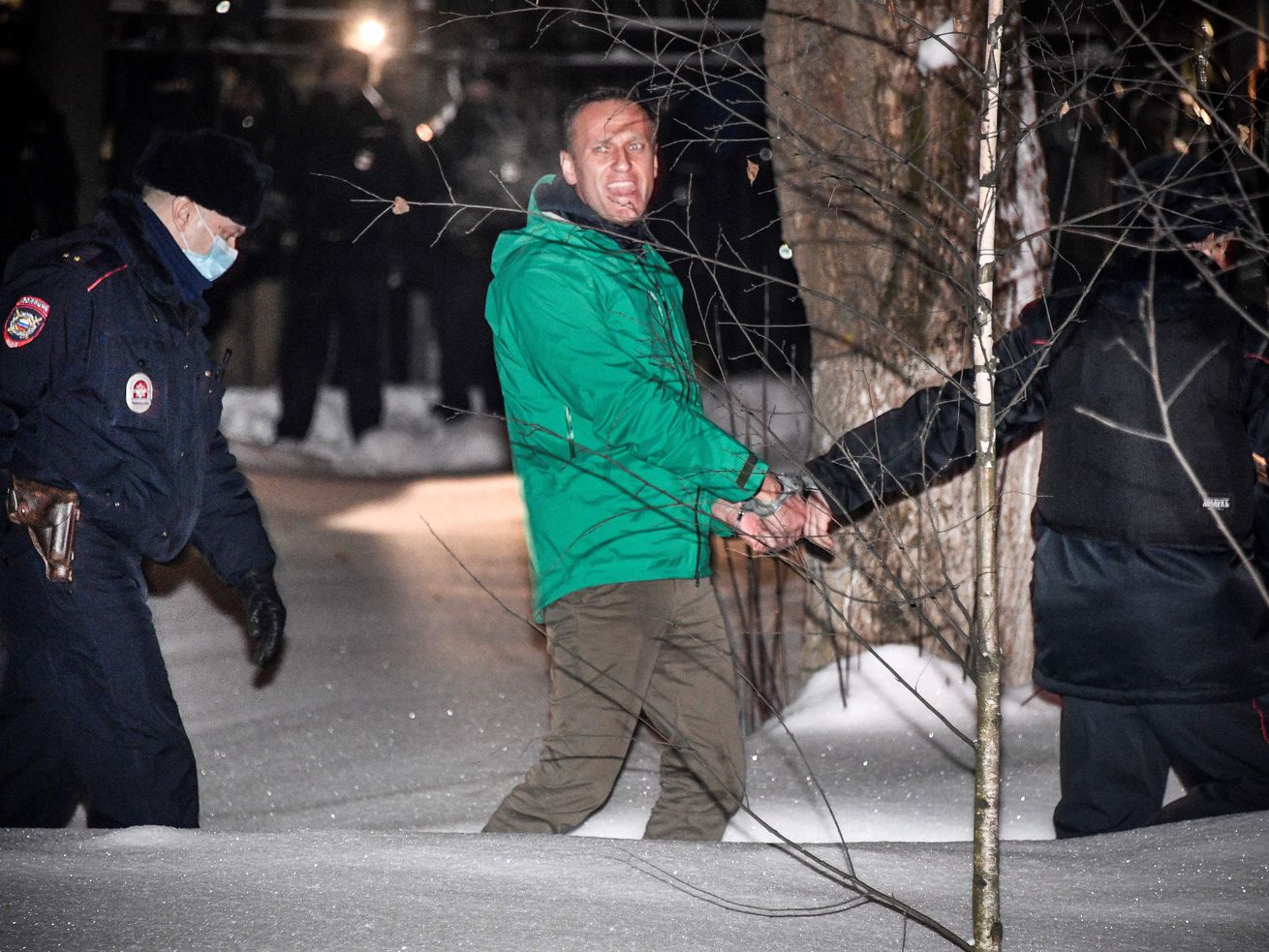 It’s likely Navalny’s pro-democracy movement is in a bit of trouble.

A Russian court has sentenced opposition leader Alexei Navalny to two and a half years in prison, striking a devastating blow to the pro-democracy movement threatening President Vladimir Putin’s rule.

Last August, Navalny was poisoned with Novichok, a highly lethal nerve agent that was placed on the inside of his underpants before a flight, an operation almost certainly directed by the Kremlin, if not by Putin himself.

Worried about the care Navalny was receiving at the Russian hospital where he was first taken, Navalny’s team sent the dissident, who was at that point still in a coma from the attack, to Berlin for treatment. He remained in Germany for five months, using that time to expose his assailants, before returning to Russia in January.

Navalny’s decision to return to his home country was a defiant act not only because the Russian government had just tried to kill him, but also because he was sure to be arrested upon landing in Moscow.

Late last year, the Kremlin placed Navalny on the government’s federal wanted list, claiming he’d avoided Russian federal authorities while abroad. As part of a probation sentence for a 2014 embezzlement case, Navalny had to check in with inspectors regularly, but that’s hard to do while you’re in a coma.

As expected, Navalny was promptly arrested upon his return.

At his trial on Tuesday, Navalny — never one to let a public moment go to waste — used the platform to rail against the Kremlin and the autocrat who leads it.

“He’s never participated in any debates or campaigned in an election. Murder is the only way he knows how to fight. He’ll go down in history as nothing but a poisoner,” Navalny said of Putin. “Now we’ll have Vladimir the Underpants Poisoner.”

“I demand my immediate release and the release of all political prisoners. I do not recognize your performance here — it’s a deception and completely illegal,” Navalny concluded before drawing a heart to his wife, Yulia, on the glass cage he was in.

His speech failed to persuade the judge, however, who promptly sentenced Navalny to three and a half years in prison, with a little less than a year taken off for time previously served under house arrest. Which means Navalny now faces roughly two years and eight months behind bars.

A poignant moment as Navalny draws a heart on the glass of his cage for his wife, Yulia. pic.twitter.com/3BmXP6KuFU

It’s possible Navalny won’t spend the entirety of his sentence in prison. His lawyer, Olga Mikhailova, said after the trial that she plans to appeal the decision. And in 2013, Navalny was given a five-year sentence for a separate charge before being released just one day later.

The problem, experts say, is that the Russian regime has since become more repressive, and it’s unlikely to show Navalny much mercy. “He will either stay in prison longer or he will be released on the condition that he must leave the country completely,” said Irina Soboleva, an expert on Navalny’s movement at Duke University.

“In either case,” she said, “the movement will be curtailed significantly.”

The prospects for Navalny’s movement aren’t good, but there’s some hope

The nationwide protests that have taken place over the last two weekends, sparked by Navalny’s arrest, have become Putin’s worst nightmare. Tens of thousands across the country took to the streets in more than 100 Russian cities to express their general frustration with the regime, many for the first time.

That’s highly troubling for Putin. His political party, United Russia, enjoys a supermajority in the nation’s legislature — meaning he can ram through almost any policy he wants. But elections in September threaten that supermajority, and it’s never a good sign when much of the nation wants you out of power.

Silencing Navalny ahead of the vote, then, could help Putin maintain total control of Russia. Indeed, deposing Putin was already a hard task with Navalny. Without him, it’s near impossible.

“His movement will continue, but it will be very challenging without its leader being able to speak out,” said Angela Stent, who directs the Center for Eurasian, Russian, and East European studies at Georgetown University.

What’s more, Duke’s Soboleva said the movement’s strategy — calling out the regime’s corruption and getting anti-Putin people elected to government positions — was crafted at a time when Moscow allowed for “controlled opposition” against the Kremlin. Opposition candidates could run to unseat members of Putin’s United Russia party — and even win — as long as they tacitly agreed never to threaten Putin’s grip on power.

But those days may be numbered. “There’s only one way forward for Putin,” Soboleva said, “and it’s moving further into authoritarianism.”

Others have a little more hope. Alina Polyakova, president and CEO of the Center for European Analysis in Washington, DC, said Navalny’s team surely planned for his long-term absence. “They absolutely knew that this would happen upon return to Russia,” she told me.

This means it’s possible Navalny’s team may have additional ammunition — such as videos embarrassing for Putin — lined up and ready to be released on Navalny’s popular YouTube page.

And while Navalny may be silenced for a while, others in his inner circle — namely his wife, Yulia — still have a public platform. “She is incredibly courageous, strong, principled, articulate, and inspiring,” said Michael McFaul, the US ambassador to Russia from 2012 to 2014. He noted the leading role Winnie Mandela played in South Africa’s anti-apartheid and pro-civil rights movement while Nelson Mandela was locked up.

Ultimately, though, most experts agreed that Russia’s pro-democracy uprising starts and ends with Navalny. The question now is if he can remain the figurehead under the most trying circumstances he’s faced throughout his anti-Putin campaign.

“Putin today has elevated Navalny as the unequivocal leader of Russia’s democratic opposition,” McFaul told me. “As long as he can stay alive in prison, he will continue to play a central role in Russian politics for a long time, especially in the post-Putin era.”