All Broadway shows will close for a month due to coronavirus 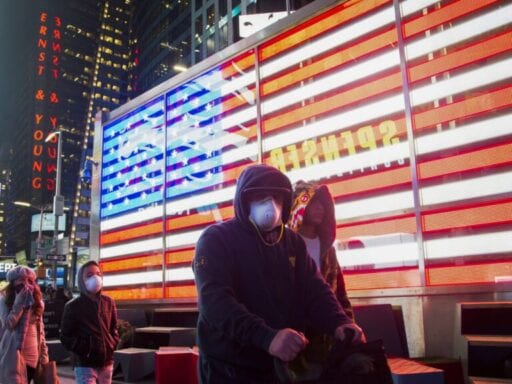 Starting Thursday evening, Broadway will close all performances due to the novel coronavirus.

The closure is part of a broader order issued by New York Governor Andrew Cuomo Thursday afternoon that effectively bans all public gatherings across the state of more than 500 people. This affects all theaters on the Great White Way, which will turn off the lights beginning at 5 pm Eastern.

“You don’t want to shut down society because that’s massively disruptive — to the economy, to life, etc.,” Cuomo said during a Thursday press conference, “But your main concern here is the public health crisis, and it’s balancing the two.”

The shutdown will last for a month, until April 12.

Even as fears about the spread of Covid-19 rose throughout the community, and audiences dwindled, Broadway stayed open this week. To encourage attendance, mega-producer Scott Rudin drastically discounted tickets for a number of shows, like Book of Mormon and To Kill a Mockingbird, whose tickets are normally priced in the stratosphere. Show attendance throughout the week of March 8 actually increased — even as the city ignored recommendations from health experts to encourage closures and reinforce crucial social distancing.

Shortly after the Theater District established its optimistic outlook, however, the coronavirus found its way to Times Square. An usher for two shows — the popular new musical Six at the Brooks Atkinson Theater and a revival of Who’s Afraid of Virginia Woolf? at the Booth Theater — tested positive for coronavirus. According to the New York Times, the shutdown was prompted partly by concerns raised by the Actors’ Equity Association over the health of cast and crew.

The announcement came just hours after the Metropolitan Opera, Carnegie Hall, and the New York Philharmonic all announced temporary closures, amid a larger cavalcade of arts and cultural shutdowns across the city and the globe.

Unlike the shutdown of Broadway, however, those closings were initiated by the organizations. “It would be irresponsible to continue having performances when clearly what is being called for is social distancing,” Peter Gelb, the general manager of the Metropolitan Opera, told the New York Times.

Fauci: 85 percent of the US needs to get the Covid-19 vaccine for “true herd immunity”
House GOP in disarray ahead of key immigration votes
Remember Brexit? It’s still not over.
Brett Kavanaugh, Donald Trump’s Supreme Court finalist, explained
CNN is giving 2020 Democrats 7 hours to talk about climate change
The most important part of the Trump-Putin summit no one is talking about