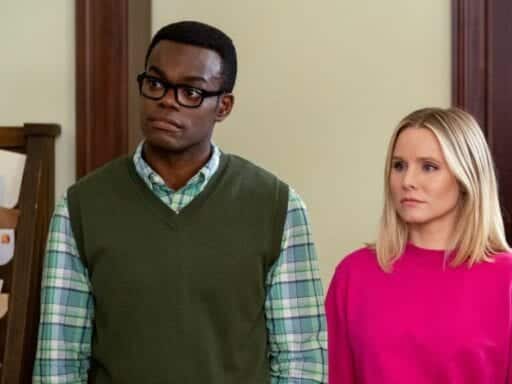 All of this TV season’s cancellations and renewals, in one handy list.

It happens every spring: As the five broadcast TV networks — ABC, NBC, CBS, Fox, and The CW — solidify their programming lineups for the next TV season, they must also decide which of their existing shows to renew and which ones to cancel.

Brooklyn Nine-Nine will be back for the 2019–’20 season. So will NBC’s long-running Law & Order: SVU, for a record-breaking 21st season.

Which broadcast TV shows were recently canceled or have already aired their planned series finales?

Dancing With the Stars: Juniors (ABC)

The Enemy Within (NBC)

For the People (ABC)

The Good Place (NBC) — Series creator Michael Schur recently announced that The Good Place will end with its fourth season, which will air during the 2019–’20 TV season.

iZombie (The CW) — The final season is currently airing.

Jane the Virgin (The CW) — The final season is currently airing.

The Kids Are Alright (ABC)

Splitting Up Together (ABC)

Which broadcast TV shows have been renewed for the 2019–’20 TV season?

All American (The CW)

Burden of Truth (The CW)

Dancing With the Stars (ABC)

DC’s Legends of Tomorrow (The CW)

The Flash (The CW)

Fresh Off the Boat (ABC)

How to Get Away With Murder (ABC)

In the Dark (The CW)

Man With a Plan (CBS)

Masters of Illusion (The CW)

The Outpost (The CW)

So You Think You Can Dance (Fox)

To Tell the Truth (ABC)

Whose Line Is It Anyway? (The CW)

Which series are still awaiting a verdict?

The 4 main conservative defenses for Trump against impeachment, explained
The simmering debate over Big Tech explodes on the Democratic debate stage
Spotify has 300 million users. It wants more of them to listen to podcasts.
The best (or worst) $20,000 I ever spent: The money to start a small business
Meet the students thriving in remote learning
The importance of Elijah Cummings’s fight for voting rights