Almost 90 years after Prohibition, some places are still dry. Why is that? 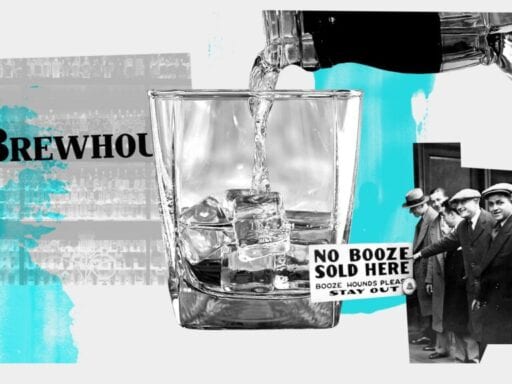 How Prohibition lives on in counties across the nation.

Where: Almost 2,000 jurisdictions across the nation

The problem: In New Hampshire, liquor stores are run by the state. In Utah, you can’t buy beer with more than 4 percent alcohol at normal retailers. In Texas, you can’t buy liquor on Christmas Day or on New Year’s.

Besides this obvious form of alcohol control, there are still often byzantine laws that govern how and when alcohol can be bought and sold that vary widely state to state and have unclear, if any, empirical connection with public health.

Among the most popular are “blue laws,” which are rooted in the Christian tradition of Sunday worship. Blue laws prohibit alcohol sales on Sundays and not only restrict alcohol sales but are responsible for the closing of businesses entirely. These laws have largely faded away, though some more recently than others: In Arkansas, blue laws banning the sale of liquor were only overturned in 2009, while Minnesota’s 159-year-old Sunday ban was scrapped in 2017. Meanwhile, Texas still won’t sell on Sundays.

Alcohol policy after the 21st Amendment, which overturned Prohibition in 1933, was not only delegated to the states but was also frequently pushed down even further to the town, city, and county level. Legalizing alcohol was popular — 74 percent of the nation voted to repeal Prohibition — yet some Americans held onto the dream of a totally dry country.

Some 18 states officially continued Prohibition, though most allowed some sort of opt-out. According to David Hanson, an emeritus professor at State University of New York at Potsdam, 38 percent of the US population lived in dry areas after Prohibition ended. Kansas only lifted statewide Prohibition in 1948, while it took Mississippi until 1966 to become fully wet.

The entire regulatory architecture for alcohol at the federal level encourages the business to be dispersed. Thanks to the “three-tier” system, which dates back to the end of Prohibition, companies are typically not allowed to combine the production of alcoholic beverages with wholesaling and retailing. (So Budweiser can’t brew beer, distribute beer to stores and bars, and also sell beer on its own.) That’s to prevent any one company from gaining too much market power as well as to make new entry more difficult, according to Hanson.

This system also gives leeway to states and localities to step in at any point in the chain of companies from brewers to retailers, whether by restricting where and when retail or wholesale sales can happen or by limiting it to a small number or even one state-licensed or state-run company.

“When the 21st Amendment was passed, it gave states the right to regulate commerce in alcohol if regulation met any of the three litmus tests — one, to raise revenue; two, to promote orderly distribution; and three, to promote the public health,” Michael Moore, an economist and longtime alcohol researcher, told Vox. While taxes on alcohol can discourage heavy drinking (and, of course, raise revenue), state control over distribution serves more nebulous ends. The question at the heart of Prohibition — of whether regulation can limit drinking behavior and subsequent criminal behavior — lives on in today’s patchwork of local alcohol laws.

How it worked: Prohibition’s repeal, combined with a certain amount of political lethargy, has led to a number of idiosyncratic alcohol laws and regulations, along with shifts in public opinion and attitudes toward alcohol. States have a mix of restrictions, like Mississippi, which has several dry counties but no law against having “open containers” of alcohol while driving.

But the laws have given researchers the opportunity to study their effects. When the Community Preventive Services Task Force, a federal government panel connected to the US Department of Health and Human Services, looked at alcohol sale restriction rules in 2010, it argued that “increasing days of sale by allowing previously banned alcohol sales on either Saturdays or Sundays increased excessive alcohol consumption and related harms, including motor vehicle crashes, incidents of DUI, police interventions against intoxicated people, and, in some cases, assaults and domestic disturbances.”

But even their evidence was mixed. The researchers looked at an experiment in 1984 when Norway banned liquor and wine sales on Saturdays in some communities for a year. In communities with Saturday sales, liquor and wine consumption fell by just over 3 percent while beer consumption went up over 6 percent. There was a similar mix with domestic disturbances and public drunkenness, which went down, while overall violence reports went up. “In sum, there was little net change in alcohol consumption” and mixed results on other effects, the task force concluded. Norway scrapped its experimental ban.

The Canadian province of Ontario did it in reverse, scrapping its Sunday sale restrictions with a 1997 law, allowing residents to buy from government-run liquor stores on Sundays. Economists Christopher Carpenter and Daniel Eisenberg found “little support for the idea that Sunday sales policies affect aggregate drinking outcomes.” Instead, what they found is that the change made it more likely people drank on Sundays.

Looking at blue law changes in the United States and the impact on the secondary effects of alcohol consumption — namely violent and property crime — the economists Baris Yörük and Jungtaek Lee found something similar to the effects on drinking in Ontario: “States that legalized Sunday sales of alcohol experienced up to a 16 percent to 23 percent increase in the total number of violent and property crimes committed on Sundays.” But repeal of the Sunday alcohol laws led to significant decreases in total violent crimes and assaults committed on Mondays and Saturdays. It seems that removing single-day bans on alcohol purchasing merely shifts alcohol drinking (and subsequent criminal behaviors) around the days of the week instead of touching off a large overall bump.

Typically, lifting these bans has come in a wave of voter enthusiasm, with only some special interests, like smaller liquor stores, opposing and large businesses and chains in favor of getting rid of the old rules.

While nationally, the trend has been to liberalize rules around alcohol and lift what strict restrictions still exist, there is at least one noteworthy exception: Whiteclay, Nebraska.

The town sits at the border of Nebraska and South Dakota, but more importantly, it’s just outside the Oglala Sioux Pine Ridge Reservation, which has long banned alcohol due to high rates of alcoholism and alcohol-related diseases, including fetal alcohol syndrome rates as high as 25 percent for newborns. The then nine-person settlement of Whiteclay, according to the Associated Press, “sold the equivalent of about 3.5 million cans of beer annually,” largely to the 20,000 residents of the reservation. Nebraska’s alcohol regulator didn’t renew the stores’ licenses in 2017, citing the town’s lack of adequate — or any — local law enforcement, along with dozens of people living in the streets and reports of sexual assault.

The effective ban predictably led to some bootlegging on or near the reservation, according to the Omaha World-Herald, and panhandlers looking for money to buy alcohol moved on to other towns, while the town of Whiteclay itself no longer stinks of urine. A neighboring mayor told the paper last year, however, that his town of Rushville was getting more cars on the road, more sales taxes — and more vodka sold.

While Whiteclay, Nebraska, sits on the border of not just two states within the United States but on a sovereign nation as well, most wet and dry jurisdictions — even with and without state monopolies on liquor distribution — are at best hardly distinguishable or at worst a short drive away. The temperance movement’s vision of a dry nation continues to steadily erode, and the alcohol controls that do exist, like the 21 year drinking age, are most effective because they’re universal.

“Both sides are pretty much wrong,” Hanson says. “Becoming wet doesn’t typically bring great economic progress and it doesn’t lead to these horrors that the opponents say.”

How a Twitter war in 2010 helped change the way we talk about women’s writing
What the media missed about Joe Biden’s electability
A major study on Covid-19 and hydroxychloroquine has been retracted
The case against smart baby tech
Protesters tore down a statue in the former capital of the Confederacy. More may follow.
What the Harvey Weinstein trial won’t change for survivors