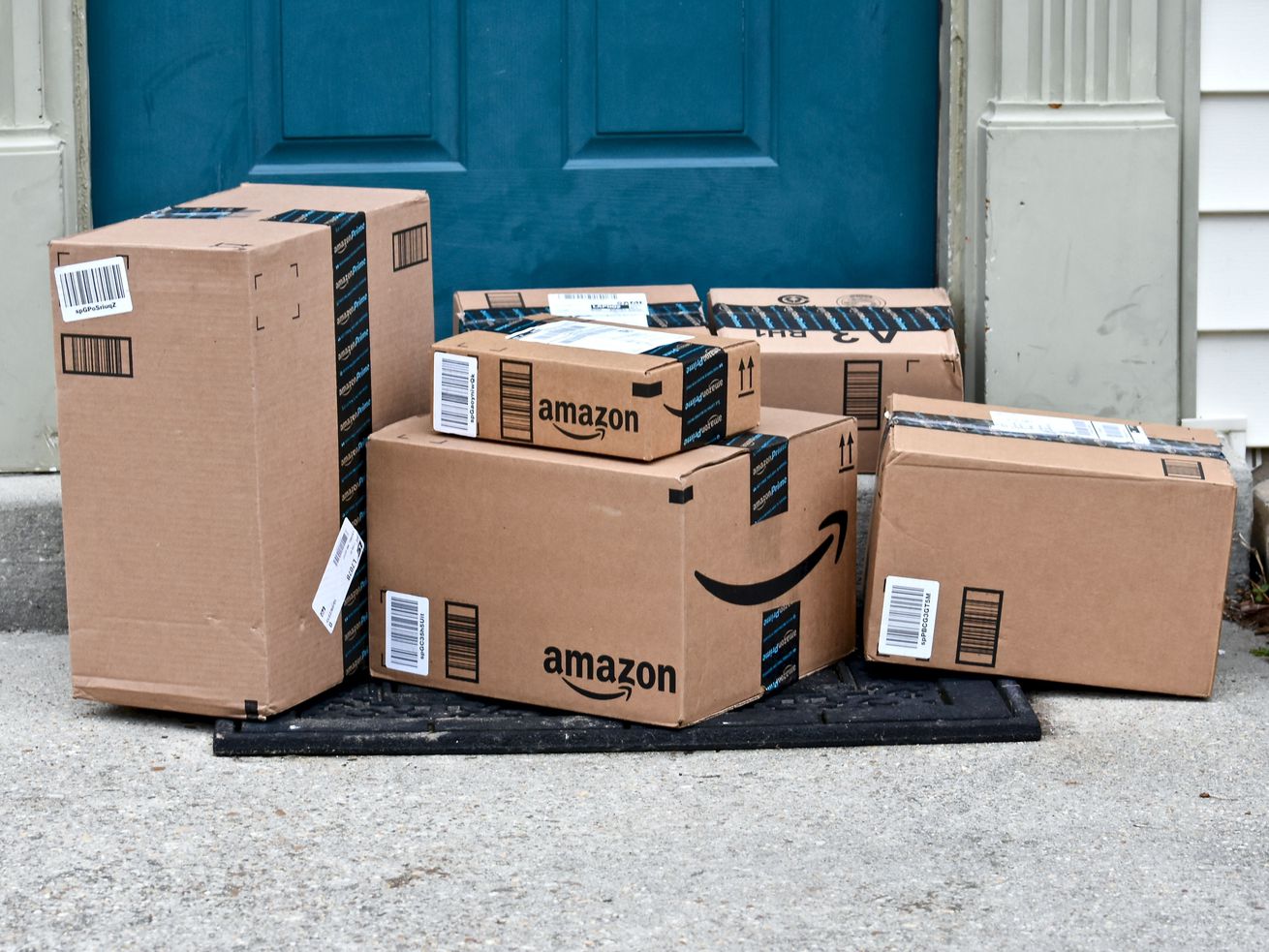 One of the takedowns involves the large Chinese electronics brand Mpow.

Amazon recently banned some sellers of large Chinese electronics brands like Aukey and Mpow that reportedly do hundreds of millions in sales on the shopping site each year. The bans followed a database leak that appeared to tie some of the brands to paid-review schemes, which Amazon prohibits and says it strictly polices.

But while some press coverage implied that Amazon took these actions in response to the database leak, internal employee messages viewed by Recode show that pressure from the Federal Trade Commission (FTC) led to at least one of the notable bans. Communications between Amazon employees viewed by Recode also appear to expose an inconsistent punishment system in which employees need special approval for suspending certain sellers because of their sales numbers, while some merchants are able to keep selling products to Amazon customers despite multiple policy violations and warnings.

The leaked internal messages also revealed several other instances in recent months of FTC inquiries pressuring Amazon to take action against merchants engaging in fake-review schemes. Amazon has long said that it aggressively polices fake reviews, but the frequency with which the FTC has pressured the company to police merchants that run paid-review programs has not been previously known.

An FTC spokesperson, Juliana Gruenwald, declined to comment. Amazon spokesperson Mary Kate McCarthy said in a statement that “our policies are the same for every seller, regardless of their size or location.”

The Amazon statement also said that all sellers have the opportunity to appeal “if they believe we have made a mistake or to provide a plan of action if their policy violations were the result of an unintentional error by an honest seller.”

As Amazon has aggressively courted sellers across the globe in recent years and the company’s product selection has ballooned, so too have schemes where Amazon merchants reward shoppers with refunds, gift cards, or money in exchange for writing positive product reviews. In 2019, the FTC brought its first case involving paid fake reviews, settling a complaint against an Amazon seller who purchased fake five-star reviews for a weight-loss supplement. Amazon has also filed at least five lawsuits related to fake-review schemes over the last six years.

How Amazon does or doesn’t police its sellers and paid-review programs matters because, at a minimum, fake positive reviews can lead to the purchase of poor-quality merchandise and distrust among Amazon shoppers. But more importantly, in certain categories, flattering reviews of bad or faulty products can be flat-out dangerous to the shoppers who purchase them.

Some of the most prominent recent seller bans occurred shortly after an antivirus review site called Safety Detectives published a report on May 6 about a database leak that the publication says exposed widespread fake-review schemes in which Amazon sellers offered consumers a free product in exchange for a five-star review. By May 10, tons of product listings for the fast-growing Chinese brands Aukey and Mpow disappeared from Amazon. A Safety Detectives rep told Recode the Aukey brand is mentioned in the leaked fake-review database, but it was unclear if Mpow was.

Either way, an Amazon spokesperson told reporters at the time about the disappearing Aukey and Mpow product listings: “We have systems and processes to detect suspicious behavior and we have teams that investigate and take action quickly.” The spokesperson repeated that statement to Recode his week.

Internal Amazon communications, however, indicate those systems and processes aren’t foolproof. On or around May 4, an Amazon employee responding to an inquiry from a colleague stated that a merchant affiliated with the Mpow electronics brand “was blocked across marketplace due to FTC escalation.” (For several years, Mpow has consistently had 10 of the top 100 most popular headphone products on Amazon, according to the e-commerce research firm Marketplace Pulse.) The Amazon employee added that the same seller in question was suspended in late March but reinstated in early April, before the FTC inquiry apparently served as the final nail in the coffin. The employee message also stated that “we are advised to not entertain any appeals for the block.”

Similarly, on April 1, an FTC attorney from the consumer protection division wrote to an Amazon associate general counsel about “another incentivized review program” involving an Amazon seller called Sopownic Direct and an electronics brand called Vogek. The email viewed by Recode stated that an FTC employee purchased a Vogek plant lamp that came with a “$15 Amazon gift offer” in exchange for a “5-star positive review,” and that several customer reviews mentioned the paid-review scheme “usually with expressions of distaste.” To make matters worse, the lamp in question (albeit in a different color) received the “Amazon’s Choice” stamp of approval, the FTC lawyer noted.

In an email to Amazon lawyers later that day, another Amazon attorney noted that the FTC inquiry asked for specifics on what actions Amazon would take against the brands and sellers in question. The Amazon attorney also asked colleagues if the goods were stored in an Amazon warehouse or whether the seller handled storage and shipment of the products, because “we may frame the response differently” depending on the answer. The Amazon lawyer also requested an internal investigation to explain “why we’re not catching customer reviews that talk about gift cards.”

The FTC inquiry appears to have led to a ban of at least six Chinese sellers, according to internal messages viewed by Recode. But the internal communications between Amazon employees show that a high-ranking Amazon executive had to sign off on the bans due to the amount of business the sellers do on the company’s marketplace, even though in several instances the merchants in question had previously been suspended or warned for similar violations of Amazon policies, according to employee messages.

“Due to the high [gross merchandise sales] of these Sellers, we will need to provide a write up for approval at a higher level than L8,” an Amazon employee wrote in one of the messages. Higher than L8 — which is the corporate level of “directors” at Amazon — indicates approval from an Amazon vice president, of which there are only around 400 across the entire company of more than 1 million employees.

In a separate memo viewed by Recode after the internal investigation, an Amazon employee recommended banning six affiliated sellers, with combined annual sales on the marketplace of more than $15 million. The memo said that Amazon had previously warned five of the six sellers about “reviews abuse,” including one that appeared to have been warned three times for “Amazon Verified Purchase abuse,” which sometimes entails providing a reward of some type to a consumer in exchange for them purchasing and reviewing an item so the review carries an “Amazon Verified Purchase” badge. The memo appears to indicate that the seller in question got three warnings but somehow hadn’t previously been suspended.

In a separate internal thread, an Amazon employee asked colleagues why two sellers have been reinstated after “reviews abuse” violations while another was denied. An Amazon colleague responded by highlighting the whack-a-mole nature of the problem Amazon and its marketplace have created — and now must confront.

“I think ideally we would be treating these as the same entity so that we would warn -> suspend -> block all of them, but what appears to be happening is they commit abuse on one account, get suspended and reinstated, and then shift abuse to another account,” the Amazon colleague wrote. “So, it seems like they are distributing their efforts to maximally game the system.”

The system these Amazon sellers attempt to game was not created by accident. On the path to building the everything store, Amazon for years prioritized growth in seller count and product selection over sufficient seller screening, support, and fraud prevention, former company employees, sellers, and industry consultants have alleged. This unchecked growth has contributed to a Wild West nature of the Amazon seller marketplace, in which scammers hit competitor merchants with unfair tactics, while nefarious sellers dupe consumers with fake-review schemes.

As long as Amazon’s mission continues to include a goal of selling “every genuine product in the world,” the cat-and-mouse game will likely continue, and consumers should expect nefarious merchants to slip through the cracks. Ultimately, it isn’t Amazon taking the biggest risk; it’s the hundreds of millions of people who shop on Amazon each month and trust they are buying quality merchandise.

This Democrat has a federal privacy bill Republicans might actually like
Working for Mark Zuckerberg’s philanthropy isn’t always easy since it means working for Mark Zuckerb...
The big difference in 2020 health plans isn’t among Democrats
Bernie Sanders makes the progressive case for Joe Biden
The next pandemic could come from factory farms
How Netflix is winning more with less content