Amazon may soon face an antitrust probe. Here are 3 questions the FTC is asking about it. 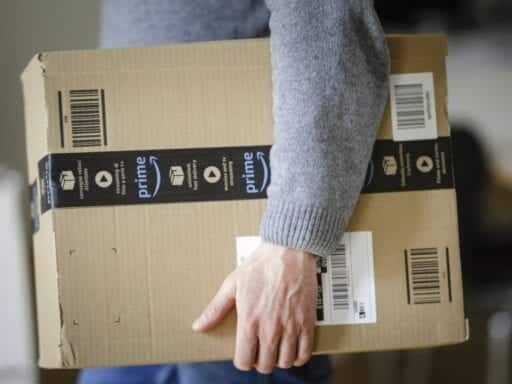 The government regulator has been questioning Amazon’s competitors about its Prime service and how it competes with its own marketplace sellers.

Over the past few days, news reports have made it clear that Amazon and its fellow tech giants will soon find themselves the focus of increased antitrust scrutiny from the Federal Trade Commission, the Justice Department, and Congress.

On Saturday, the Washington Post reported that the FTC would take on oversight of Amazon, after a reported agreement between the agency and the Department of Justice to divide responsibilities for supervision of the largest tech giants.

In recent months, the FTC has already started questioning some of Amazon’s competitors about the e-commerce giant’s business practices, according to one source briefed on discussions.

The timing makes sense. The FTC’s Bureau of Competition announced in February that it was creating a new task force dedicated to “monitoring competition in U.S. technology markets, investigating any potential anticompetitive conduct in those markets, and taking enforcement actions when warranted.”

The increased regulatory attention comes as activists, legal scholars, and US presidential candidates like Sen. Elizabeth Warren have accused Amazon of anticompetitive behavior. Amazon controls around half of all online retail in the US, is the biggest cloud computing provider in the world, and even its side business — online advertising — is large enough to make it the third biggest ad platform in the US, only trailing Google and Facebook.

But here are three lines of questioning related to Amazon that the FTC has been pursuing, according to the source. A Federal Trade Commission spokesman declined to comment. An Amazon spokesperson declined to comment on the record about the potential investigation.

This is an Amazon logistics service known more commonly in the retail industry as FBA. The service lets Amazon sellers store their goods in Amazon warehouses and have Amazon handle the packing, shipping, and customer service for these orders.

But Amazon sellers can also use FBA to have Amazon store, fulfill, and ship items that the seller has sold outside of Amazon — whether on their own website or on other shopping marketplaces like Etsy and eBay.

The FTC’s queries about FBA have revolved around the service’s pricing structure. Amazon charges their sellers more for FBA services when they are used for an order placed on a competing website instead of on Amazon.com.

For example, Amazon charges sellers $4.76 to pick, pack, ship and handle customer service for an FBA item sold on Amazon, that weighs between one and two pounds.

That same item, though, would cost 75 percent more — or $8.35 in FBA fees — if Amazon had to ship it out to a customer who bought the product on competing platforms like Etsy, eBay or the seller’s own online store.

This discrepancy has caught the FTC’s attention, Recode’s source says.

2) Amazon competing against its own sellers

Amazon competing against its own sellers is perhaps the most popular topic among the company’s critics, including Elizabeth Warren.

Amazon invites small and mid-sized businesses to sell directly to Amazon customers on Amazon.com through a platform known as the Amazon Marketplace. But Amazon has created more than 100 of its own brands that often compete directly against Amazon’s third-party sellers.

One question is whether Amazon unfairly uses sales and other data from its sellers to undercut or otherwise beat out these same small and midsize merchants. An Amazon spokesperson said the company prohibits Amazon’s own brands from using an individual seller’s data to compete against the seller. (But Amazon doesn’t say whether its own brands can use aggregated data from a bunch of sellers selling the same product.)

Amazon has also sometimes aggressively promoted its own brands on the Amazon website in real estate not available to its sellers.

If you consider Amazon a retailer, you could argue that many other retailers — including Walmart and Target — do a similar thing: Analyze sales trends in their stores to inform the creation of their own brands that they sell alongside their vendors.

But if you consider the Amazon Marketplace as more of a “platform utility” — an argument made by Warren in her recent antitrust manifesto and originally put forth by the antitrust expert Lina Khan — you might question whether Amazon should be allowed to compete against its own business customers.

If you’re a frequent Amazon shopper, the $119 you spend a year on Prime to get the long list of Prime perks — unlimited one-day shipping; access to a huge online library of TV shows, movies, and songs; free online photo storage; and more — seems like a deal. As of 2018, Amazon boasts more than 100 million Prime members worldwide.

But the FTC has shown interest in the question of whether this bundling of services allows Amazon to unfairly undercut competitors. One line of thinking: If Amazon doesn’t need to profit directly from the annual Prime membership fee — and it’s not clear that it does — how are competitors who do have to make money from an individual service supposed to compete on price?

Considering Amazon’s size, it’s likely that the FTC is gathering info about other tentacles of Amazon, beyond the three outlined above. There are have been some calls for Amazon to separate Amazon Web Services from its core business, for example. Others are concerned about Alexa’s early dominance in the “smart home” space, and that Amazon is already competing against manufacturers that integrate Alexa into their devices, and other companies that make voice apps — or “Skills” — for Alexa.

The only sure thing for Amazon right now is that intense regulatory scrutiny has arrived, and it won’t dissipate soon.