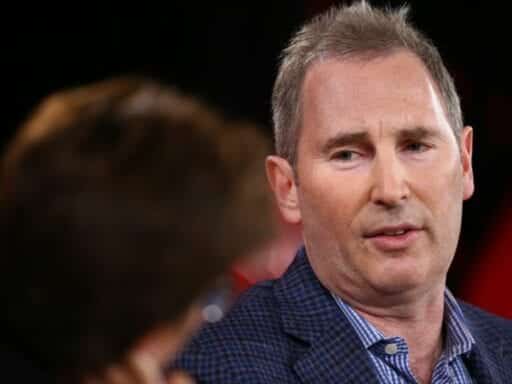 But one of its newest products, the facial recognition software Rekognition, has recently caused outsized controversy for Amazon’s cloud computing unit.

So Jassy says he’d like to see federal regulation that would provide guidance on how the tech should — and shouldn’t — be used.

“I wish they’d hurry up. … Otherwise, you’ll have 50 different laws in 50 different states,” Jassy told Recode’s Kara Swisher Monday in an interview at the Code Conference in Scottsdale, Arizona.

Amazon’s Rekognition software lets its customers, which include corporations and law enforcement agencies, match photos and videos with databases of photos, such as those of criminals, in real time.

That has led to outrage both inside and outside of Amazon. Hundreds of Amazon employees have called out AWS, along with civil liberties groups and lawmakers, for marketing Rekognition to police, ICE, and other law enforcement agencies, because they fear the powerful technology could be misused.

Case in point: Last summer, the ACLU tested the Rekognition software and found that it incorrectly matched 28 members of Congress with mugshots of people who have committed a crime. The false matches disproportionately involved members of Congress who are people of color. Amazon said the ACLU had used the wrong setting for the software.

Amazon has since outlined proposed ethical guidelines for facial recognition use, and said it supports calls for national legislation related to the technology.

Jassy reiterated that stance on Monday. But he said Amazon would continue selling the software.

“Just because tech could be misused doesn’t mean we should ban it and condemn it,” he said.

He compared the technology to other things that can be misused: Like email, with a reference to the hack of Sony’s email system several years ago.

“You could use a knife in a surreptitious way,” he said.

He reiterated that stance on Monday evening, saying that one of Amazon’s leadership principles is “Have backbone; disagree and commit.”

Translation: We heard your objection, employees. But we disagree.

Clinton’s email practices were risky but not malicious, State Department finds
Alexandria Ocasio-Cortez’s DNC speech emphasized the need for systemic change
These New Hampshire primary voters will truly be first in the nation
How to date a prisoner
A TV show that proves being good doesn’t mean you can’t be funny
You probably haven’t heard of Nubank. But it could be a $10 billion company, so you should.