Amazon’s video app is back in Apple’s App Store. But get ready to see more streaming fights. 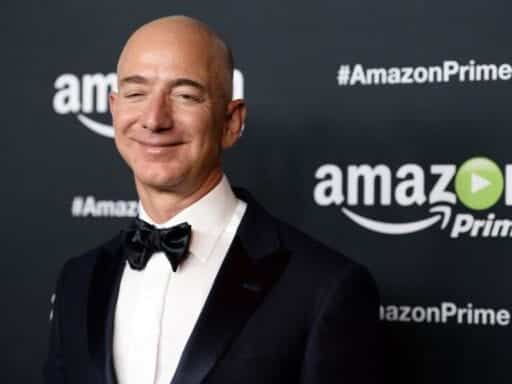 Amazon’s Prime Video app, which disappeared from Apple’s app stores this morning, is back.

In a statement on Friday evening, an Amazon spokesperson told Recode, “Earlier today, there was a technical glitch that impacted the Prime Video app on iOS and tvOS devices. The issue has been resolved, and the Prime Video app is now once again available in the App Store.”

But now, since you’re here: It tells you a lot about the state of streaming in 2019 — and the state of the big tech platforms in general — that it was reasonable to wonder if Amazon’s disappearance was due to a dispute between the two companies.

In part that’s because there are disputes between various tech and media companies that are either streaming or about to start streaming. Which means that various companies that used to be allies or at least frenemies are now drawing sharper lines between each other.

Disney, for instance, is going to stop running ads from Netflix on most of its TV channels and digital properties as Disney prepares to launch a streaming service next month that will directly take on Netflix. And Disney is also feuding with Amazon, which currently doesn’t have plans to carry apps for Disney’s Disney+ service for Amazon’s streaming hardware like its Fire TV box; Disney+ will also compete with Amazon’s video offerings.

Meanwhile, Netflix has stopped selling subscriptions for its service on Apple’s app stores and isn’t part of Apple’s TV app, though the Netflix app itself is still available to customers who use iPhones and other Apple hardware. And Amazon and Google fought for years, though they patched things up this spring.

The terms of the fights differ but they share a common thread: Companies that used to be partners are now competing as they fight for a share of the streaming pie. But while it makes some sense for Disney to see Amazon as a rival, it’s totally irrelevant to consumers; they just want to be able to use whatever app or service they want on whatever device they want.

That’s why it was striking to see Apple head in the other direction this year by announcing deals to distribute its TV app and its Apple TV+ video service on devices made by lots of other hardware makers, including Samsung, Roku, and … Amazon.

In fact, Apple and Amazon had only recently reached a truce after a long-standing battle over business terms. In 2017, the two companies struck a deal that let Amazon’s Prime Video app onto Apple’s devices, while Amazon started selling Apple’s TV boxes on its site again.

Boarded-up stores are another sign of election anxiety
Star Wars: The Rise of Skywalker’s co-writer thinks he told Rose Tico’s complete story in barely ove...
Recode Daily: What YouTube’s paltry $170 million fine tells us about tech’s regulatory reckoning
Rep. Jim Jordan is attacking CNN for reaching out to his ex-staffers
Less than 1,000 mountain gorillas remain in the wild. What happens if they get Covid-19?
Poll: Most millennial and Gen Z Republicans want more government climate action. Most boomer Republi...