Amber Guyger, Joshua Brown, and the broken trust between Dallas police and residents 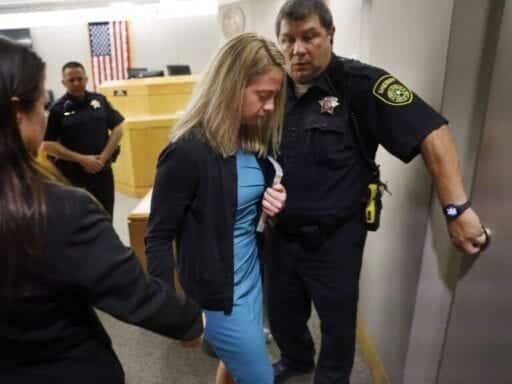 The Dallas Police Department already faced criticism by activists. The Guyger trial has made everything worse.

It’s been a little over a week since former Dallas police officer Amber Guyger was sentenced to 10 years in prison for murdering Botham Jean inside his own apartment. The days after her trial have brought increased scrutiny to the Dallas Police Department, with Jean’s family and Dallas activists arguing for urgent reform if the department intends to rebuild public trust.

Much of this stems from the recently concluded trial, which saw prosecutors argue that Guyger had been given special treatment by the police department, pointing to the fact that text messages she exchanged before and after the shooting with her partner, Martin Rivera, were deleted despite being relevant to the investigation. Prosecutors also noted that any conversations Guyger might have had with other officers in the immediate aftermath of the shooting as she sat in a police cruiser were not recorded because a police union official ordered that the car’s dashboard camera be turned off.

More concerns arose when it was revealed that Guyger did not fully render aid to Jean after the shooting and also failed to attempt to deescalate the situation prior to using her weapon, despite having had an eight-hour training on the subject months before the incident. And while the defense argued that the shooting was in no way racially motivated, evidence presented at Guyger’s sentencing showed text messages where Guyger and other officers mocked their black colleagues and also made fun of Martin Luther King Jr., raising additional questions about race and policing in the city.

For activists, news of those developments reinforced an argument that they had made in the immediate days and weeks after Jean’s shooting last year: that the police department had treated Guyger, who was not immediately arrested after the shooting and remained employed by the police department for several weeks afterward, in ways that a civilian would never be afforded. But the trial has also raised new questions that specifically center around the way the Dallas Police Department interacts with people of color.

”There’s much more that needs to be done by the city of Dallas,” Allison Jean, Botham’s mother, said shortly after Guyger’s sentencing. “The corruption that we saw during this process must stop.” The Jean family has vowed to continue their fight for police reforms in the city and filed a lawsuit last year accusing the Dallas Police Department of having a “pattern, practice, history, and custom of using excessive force against minorities,” adding that its policies failed to respect Botham Jean’s constitutional rights.

The family has also said they support a federal investigation into the police department. Local activists, meanwhile, have turned their attention to Dallas Police Association President Mike Mata, arguing that the union head should be terminated for having an officer turn off a dashboard camera inside the police cruiser Guyger sat in after the shooting.

Mistrust of the police department was also on full display in the days after Guyger’s sentencing, when Joshua Brown, a neighbor of Jean’s who testified against Guyger during the trial, was killed on October 4. There was public speculation that the police department had somehow played a role in Brown’s death, a claim the department vehemently denied when announcing an arrest days later.

In all, the skepticism and mistrust the Dallas police department faced in the wake of the Jean shooting and must now navigate in the aftermath of Guyger’s trial, highlights a deeper issue that continues to play out for police departments nationally: that incidents of police violence and misconduct make it much more difficult for police departments to have working relationships with the communities of color they are supposed to serve.

After Guyger’s trial, the Dallas Police Department is tasked with mending a fractured relationship

In the days after the trial, Dallas police have pledged to do better, with police chief U. Renee Hall saying that the department “must double our efforts to continue to build trust.” The agency has also said that it will hold an internal investigation into the behavior revealed during Guyger’s trial and will announce any policy changes after the investigation has been completed.

But other efforts to engage the local community have fallen short. On October 8, the first public meeting of Dallas’ newly revamped Community Police Oversight Board became chaotic after board members attempted to end the meeting without allowing public comment. Residents and activists argued that they were being shut out of the meeting; when they finally did get a chance to speak, they voiced their frustrations about not only the board but the police department.

Activists note that community trust in policing has been weak for some time. Nationally, it is still rare for officers to be tried and convicted for fatal incidents with civilians, and this has held true in Dallas as well. From 1973 to 2014, no officers in the city faced charges for on-duty shootings, even as high-profile incidents like the 2013 police shooting of an unarmed man named Clinton Allen drew public attention. Guyger is just one of two Dallas officers to be convicted of murder since the 1970s.

While Guyger’s lawyers said her case was vastly different from other officer-involved incidents, community members and outside observers argued otherwise, noting that Guyger was still afforded the protections of a system that often shields officers from accountability in the legal system. As Melissa Gira Grant noted in the New Republic, “Police killing cases that make it to trial, then, traverse an obstacle course which favors police: the union, the internal investigation, the secrecy.”

It’s led to arguments that Guyger’s case, rather than an anomaly, is just the latest example in a long list of issues that have eroded Dallas residents’ faith in their police department. And these arguments have been compounded by the fact that the especially diverse jury at Guyger’s trial likely played a critical role in her becoming one of a handful of officers to be convicted for taking a black life.

“The reality just taught us that she is part of a bigger system and one actor taken out does not change the system,” Sara Mokuria, co-founder of Mothers Against Police Brutality, told the Texas Tribune shortly after Guyger’s sentencing. “We are still managing a very troubled system with a long and horrible history when it comes to black, indigenous, latinx, queer folks, and women.”

In recent days, much of this mistrust can be seen in public reaction to the death of Joshua Brown, Jean’s former neighbor.

Brown testified at Guyger’s trial on September 24, saying that he was able to hear some of what happened in Jean’s apartment the night of the shooting. Importantly, Brown testified that he did not hear Guyger give Jean commands prior to the shooting, casting further doubt on the former officer’s claims that she had called out to the man before firing.

So when Brown was fatally shot a week after testifying, it immediately raised questions, prompting concern in Dallas and online among police reform advocates that the man’s testimony had played a role in his death. “The circumstances surrounding the murder of Mr. Brown cries out for answers,” the NAACP Legal Defense and Educational Fund said in an October 6 statement. “Most importantly, it demands an independent investigation of how and why he was killed.”

On October 8, the Dallas Police department announced that it had arrested a man suspected of being involved in the shooting, adding that Brown’s death was the result of a parking lot drug deal gone bad — a story which has been met with some skepticism. Since then, the department has identified two other suspects and arrested one of them as the other remains at large.

Dallas police have pushed back on those suspicious of the department, with assistant police chief Avery Moore telling reporters on Tuesday that the speculation has “jeopardized the integrity of the city of Dallas as well as the Dallas Police Department.”

But the attention to Brown’s death, which has since extended into fears that Brown’s testimony will be discredited in any future appeals by Guyger, highlights just how quickly a lack of trust can create difficulties for a police department.

“It will be nearly impossible to conduct a reliable investigation in a climate where the investigating agency has been implicated in the murder itself,” Lee Merritt, a civil rights lawyer who represents Jean’s and Brown’s families, said in a Tuesday statement. “That implication naturally stems from a trial where a Dallas police officer was convicted of murder and other DPD officers were shown to have participated in condemnable behavior in destroying evidence and interfering with an investigation.”

A lack of trust in policing goes much further than Dallas

But the current situation in Dallas is hardly unique. A lack of trust in policing has affected communities of color in other cities as well, with residents arguing that a combination of limited police accountability, excessive force incidents, and negative direct interactions with officers have shaken their faith in the ability of policing to actually help citizens in need.

Data from the Department of Justice, for example, has shown that people of color call the police less often than white people. Experts note that this difference is driven by a crucial perception: While white people see police as a force that will protect them, communities of color see a force that is more likely to do the opposite.

And there are very real reasons behind this. In addition to studies that reveal racial disparities in police use of force, data collected by the Guardian and other news outlets like the Washington Post have shown that, when controlling for population, black Americans are more likely than whites to be shot by police.

High-profile incidents of police violence can also further erode trust in law enforcement, and that trust can be difficult to regain. A 2016 study from a group of sociologists at Yale, Harvard, and Oxford found that after the 2004 police beating of Frank Jude in Milwaukee, Wisconsin, residents made 17 percent fewer 911 calls the next year. Those numbers remained low even after the officers involved in the incident had been punished. Researchers found similar results after high-profile incidents of police brutality in other predominantly black communities. And police shootings and negative policing can often have a significant impact on the mental health of communities of color more broadly, further supporting academics’ and researchers’ arguments that overaggressive policing has become a critical public health concern.

These all create very real issues for communities of color, which can often be caught between being forced into unnecessary interactions with police officers and a lack of adequate assistance from departments when they do actually request help.

And these are the very issues now on display in Dallas as the police department is tasked with trying to mend a relationship that was certainly affected by Amber Guyger’s trial but was undoubtedly fragile even before that. And while it is significant that the former officer was convicted for the death of Botham Jean, accountability for police misconduct is just one aspect of a much larger series of demands for justice. The real goal is for such a death — and for other incidents of police violence — to never happen in the first place.

The money we didn’t spend in 2020
Vox Sentences: 12 days of government shutdown
A 17-year-old has been charged with 30 felonies over the big celebrity Twitter hack
10% of Trump 2016 voters might not vote for him in 2020
“Privacy shouldn’t be a luxury”: Advocates want Google to do more to secure cheap Android phones
Democrats pulled off a huge win, taking control of Virginia’s state legislature