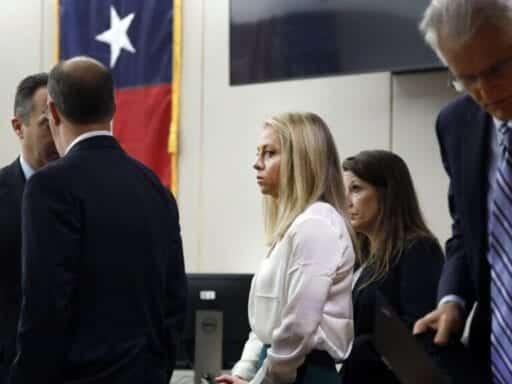 A notice of appeal was filed on October 16, but it could be months before her attorneys proceed further.

Lawyer Michael Mowla filed a notice of appeal on Guyger’s behalf on October 16, according to the Fort Worth Star-Telegram, but the paperwork does not explain the exact reason for the appeal. While the notice is not an actual appeal itself, it is the first procedural step toward that process, and it gives Guyger’s lawyers more time to decide if they will appeal the Dallas jury’s October 1 decision. Guyger is currently serving her 10-year sentence at the Mountain View prison in Gatesville, Texas; she will be eligible for parole in September 2024.

As of now, it isn’t guaranteed that Guyger’s lawyers will go through the entire appeals process, and even if they do, it doesn’t immediately mean that Guyger’s case would be overturned or retried. Robert Rodgers, Guyger’s lead lawyer during her trial, recently told CNN that it will be “months before we know” if lawyers will actually move to have her conviction overturned. Rogers says that he will not be part of the appeal process.

The notice of appeal follows several efforts made by Guyger’s defense before and during the trial to have various changes accepted by the court. Her lawyers, for example, originally asked for the trial to be moved out of Dallas, arguing that public officials and “media hysteria” had biased the local community against Guyger, and that she could not get a fair trial in the city. During the trial itself, her defense called for a mistrial after Dallas District Attorney John Creuzot gave a media interview shortly before the trial began. The defense argued that Creuzot violated a gag order blocking lawyers in the case from speaking to the media, but their request was denied.

Because of this, the news that Guyger’s lawyers have filed paperwork indicating that they are considering an appeal isn’t all that surprising. But the notice does call attention to the fact that the past few weeks have brought several developments — like allegations of judicial misconduct and the death of Joshua Brown, a key witness in the case — that could potentially change what an appeal for Guyger could look like.

If Guyger goes through with an appeal, post-trial developments could shake things up

In September 2018, Guyger, at the time a Dallas police officer, said that she was returning home from a long shift and that she had mistakenly thought she was in her own apartment when she shot Jean, her downstairs neighbor and a 26-year-old accountant from St. Lucia.

Guyger said that she had fired at Jean after giving him verbal commands, believing that he was an intruder. But Dallas activists and Jean’s family argued that Guyger’s story didn’t make sense, saying that she ignored crucial signs that she was not in her apartment, and that she also failed to consider any other options before opening fire on an unarmed man.

The jury overseeing the case, which was notably diverse, ultimately sided more with the latter account. But while Guyger’s trial formally ended with the news of her October sentencing, there are some lingering legal issues connected to her trial that are still being resolved. And some of those issues could mean that a retrial, if things managed to get that far, would happen under different conditions.

First, and most notably, there is the death of Joshua Brown, a former neighbor of Jean’s who testified against Guyger in September. During the trial, Brown said that he was able to hear some of what happened in Jean’s apartment the night of the shooting. Importantly, Brown testified that he did not hear Guyger give Jean commands prior to firing, casting further doubt on the former officer’s claims that she had.

Less than two weeks after giving his testimony, Brown was killed in an October 4 shooting in the parking lot of his new apartment complex. The fact that his death came so soon after he testified led to public speculation that the Dallas Police Department had somehow played a role in Brown’s death, a claim the department has vehemently denied.

Police have since announced the arrests of two men suspected of being involved in the shooting, adding that Brown’s death was the result of a parking lot drug deal gone bad. But that story, which has been met with some skepticism, has raised concerns that if Guyger appeals, and her appeal is allowed to move forward, Brown’s testimony will be discredited.

There has also been concern over the actions of Tammy Kemp, the judge who presided over Guyger’s trial. Much of the criticism stems from Kemp’s actions after Guyger’s October 2 sentencing. Images and video showed the judge hugging Guyger before handing her a Bible.

Kemp has defended her decision to hug Guyger, saying that her actions occurred after legal proceedings had ended, and they were prompted by her strong religious faith and belief in redemption.

“I didn’t do that from the bench,” Kemp told the Associated Press earlier in October. “I came down to extend my condolences to the Jean family and to encourage Ms. Guyger because she has a lot of life to live.”

Kemp’s hug prompted the Wisconsin-based Freedom From Religion Foundation to file a judicial misconduct claim against her, with the group arguing that her actions violated the separation of church and state. And some legal experts have argued that Kemp has compromised her ability to oversee an appeal, saying that she “indicated an affinity or sympathy for the defendant.”

Currently, Kemp is involved in a different legal matter related to Guyger’s trial, this one stemming from a question of if Creuzot, the Dallas district attorney, should be held in contempt of court for giving a media interview shortly before the beginning of the trial.

Kemp is currently scheduled to oversee the contempt proceedings, but the district attorney’s office argues that she should recuse herself from doing so, arguing that Kemp had a strong negative reaction when she was first told about Creuzot’s interview, suggesting “bias, prejudice, animus and hostility” against the district attorney.

As for Guyger, it will likely be some time before her lawyers indicate what they plan to do next and longer still before we know if any request for an appeal, if made, is accepted or denied. But if an appeal does happen, it is almost guaranteed to bring renewed national attention to a case that continues to stir up powerful emotions about race and policing in the United States.

Al Gross is hoping to ride Alaska’s independent streak to the Senate
A positive antibody test doesn’t yet mean you’re immune to Covid-19
A stranded oil tanker at risk of spilling in the Caribbean looks to be safe — for now
Trump echoes NRA talking points, showing that “background checks” talk was all a charade
Susan Collins says she won’t support a Supreme Court nominee who’s hostile to Roe v. Wade
Sarah Sanders is upset a restaurant wouldn’t serve her. She’s OK with it happening to gays.